While much of the South Park episode focused on the latest phenomenon of ‘e-scooters,’ Fortnite was heavily featured throughout in the form of the game’s iconic skins.

As the kids of South Park battle to collect Halloween candy faster than their friends, Fortnite seemed to be the main source of inspiration for costumes as 18 different skins were spotted during the episode.

Since its debut in 1997, South Park has never been shy about highlighting whatever aspect of pop culture is at its height.

It seems as though Fortnite’s mention during the Season 22 premiere in October wasn’t enough for the show, as it once again dipped into the Fortnite well for Halloween. 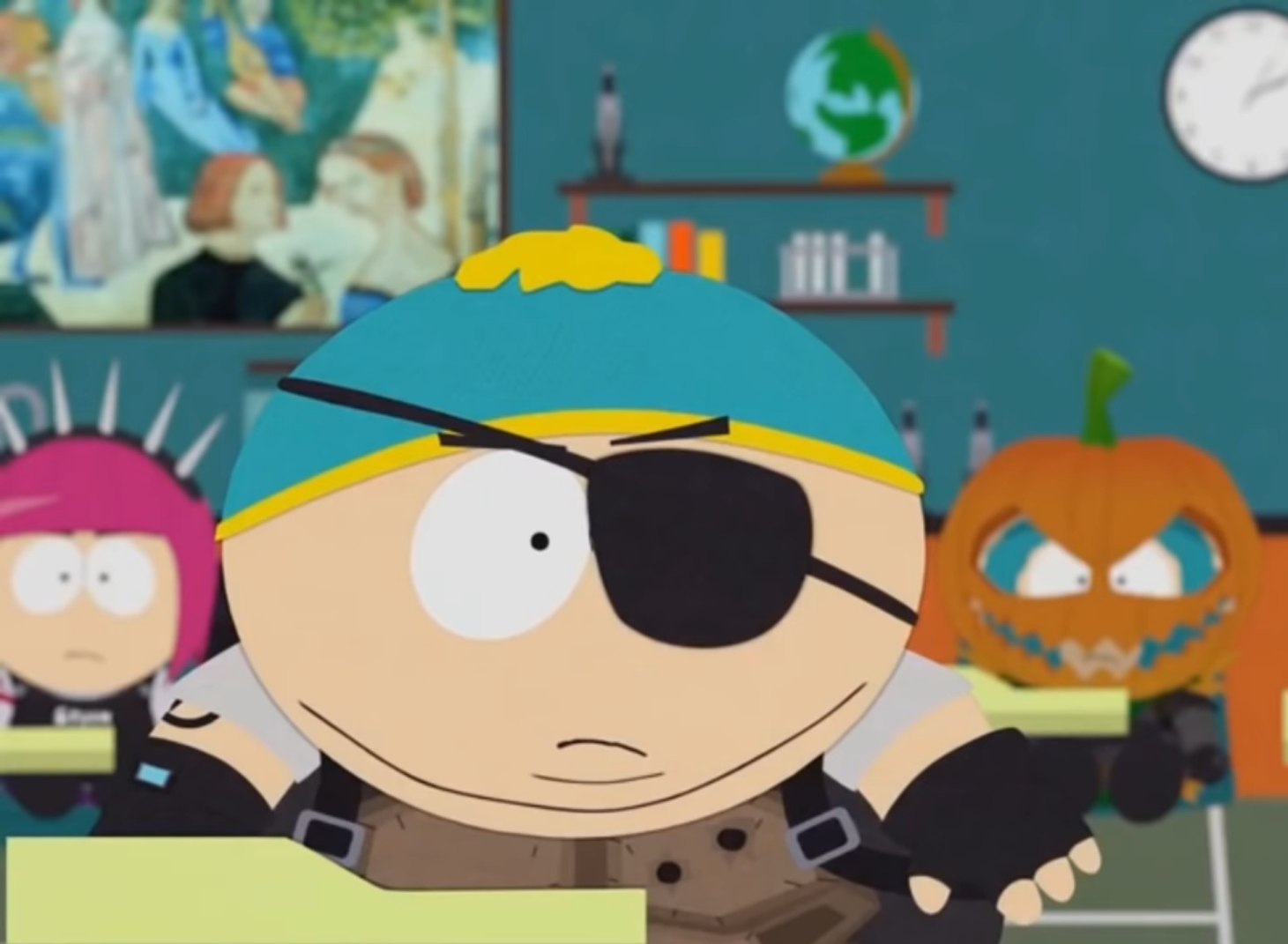 Cartman as BattleHawk with a Hollowhead and Power Chord lurking in the background.

One of the most popular aspects of Fortnite is the game’s emotes and skins, and South Park perfectly focused in on this side of the popular game by dressing up over a dozen kids in different skins.

Everything from the brand-new Hollowhead to the vintage Skull Trooper to the more obscure Whiplash were seen and can be easily spotted in this clip put together by The Radioactives.

Given that Fortnite boasts almost 80 million active monthly players, it’s no surprise that the game has been prominently featured in one of the biggest shows in television history.

Even though Fortnite has already received two mentions by the popular TV show, don’t expect creators Matt Stone and Trey Parker to forget about Fortnite as long as it retains its spot as the king of video games.