The Fortnite community was given a spark of excitement on June 12th as developer Epic Games announced that the popular Battle Royale title would be available on the Nintendo Switch effective immediately.

Falling in line with Fortnite’s cross-play integration, players on the Switch can play with Xbox One, PC, Mac, and iOS users and even progress their accounts across those platforms.

However, it appears that this announcement has not wavered Sony in their hard-line position against supporting cross-play with other consoles as they have blocked PS4 Fortnite players from playing with those on the Switch.

Furthermore, those who have an Epic Games account that is already linked to a PSN cannot login with that account on their Switch and thus would have to make a brand new account to play. 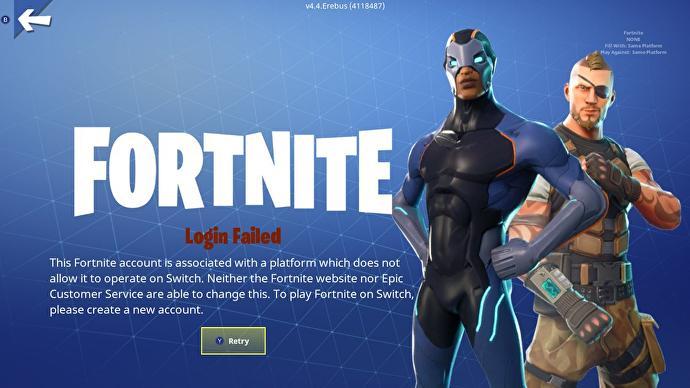 This effectively means that players on the Switch will not have access to any of the progress or cosmetic items they may have collected in their existing accounts if they had already used the account on the PS4.

Although theoretically one could unlink their PSN to free up their Epic account for the Switch, many players have reported this to also be a dead end as they were denied in their attempt to do so.

Unfortunately this is neither new nor unexpected from Sony, as their position against cross-platform play with other consoles has been well noted.

Earlier in 2018, executives from both Xbox and Epic Games expressed their desire to establish cross-play between the Xbox One and PS4 consoles, but Sony has continued to remain mum on the subject.