Remote Controlled ‘Bushmobile” Concept Would Have Many Uses in Fortnite

It is well established that the FortniteBR page on Reddit is home to countless Fortnite concepts, suggestions, and ideas.

One concept that has been getting a lot of traction is the one for a remote controlled bush item called ‘RC Bushmobile.’

Created by user ‘The-Final-Hoss‘ the RC Bushmobile would look very similar to the Legendary Bush item that currently exists in Fortnite.

However, instead of a player having to physically equip the item and walk around with it, this version would be remotely controlled by a player from a distance away. 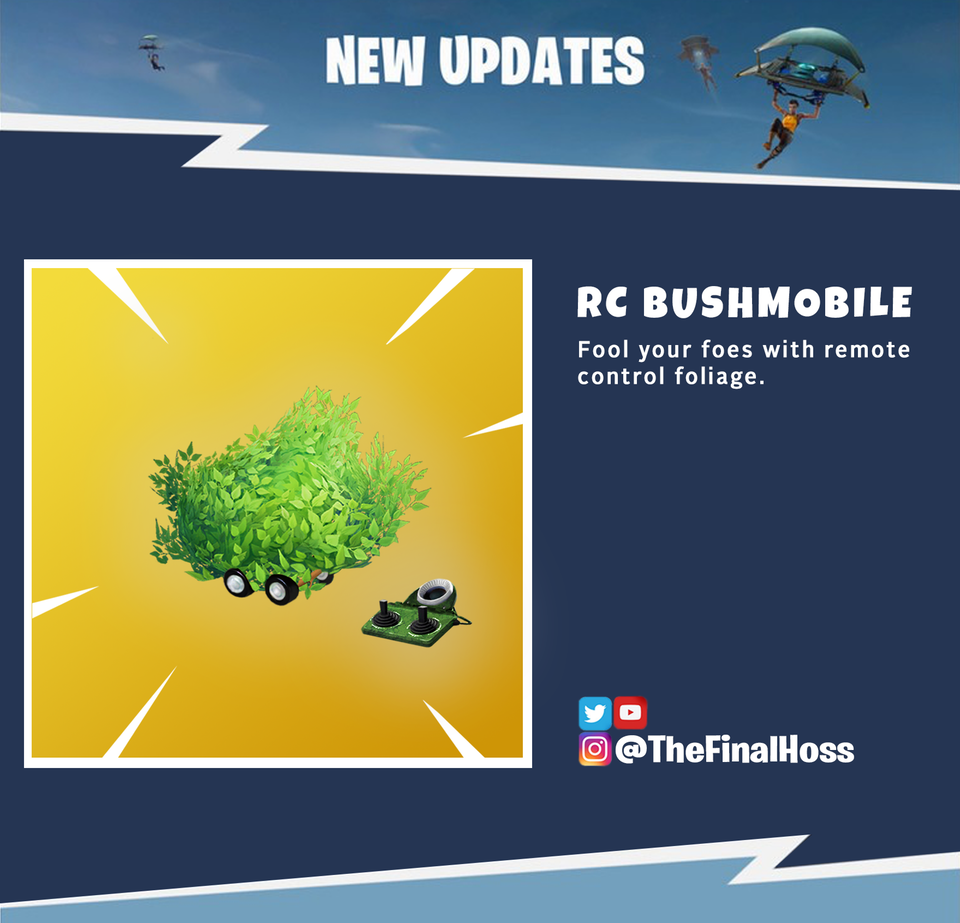 The potential uses for the Bushmobile would be many and numerous; player could use it as a scouting tool or a way to draw out fire from enemies and expose their position.

The creator even suggested that it could be loaded with Remote Explosives (C4) and used to explode enemy players.

Those who may be concerned that the item would be too overpowered shouldn’t worry since an almost identical, but aerial version of it currently exists in the game in the shape of the Guided Missile.

Since the damage statistics of the Guided Missile were greatly decreased, it has become more of a scouting tool, and the addition of the Bushmobile would essentially just be a ground-based version of what the Guided Missile already is.