PUBG Corp have revealed more details on the all-new in-game reward system called the ‘Survival Supply System’ which was announced in the Update #21 patch notes.

The Survival Supply System is part of the ongoing ‘FIX PUBG’ campaign that is attempting to improve the quality of life for PUBG players, with the developers saying it will “function much like the Event Pass.”

The key differences are that there is no max level to the Survival Supply System and no optional premium pass available for purchase. 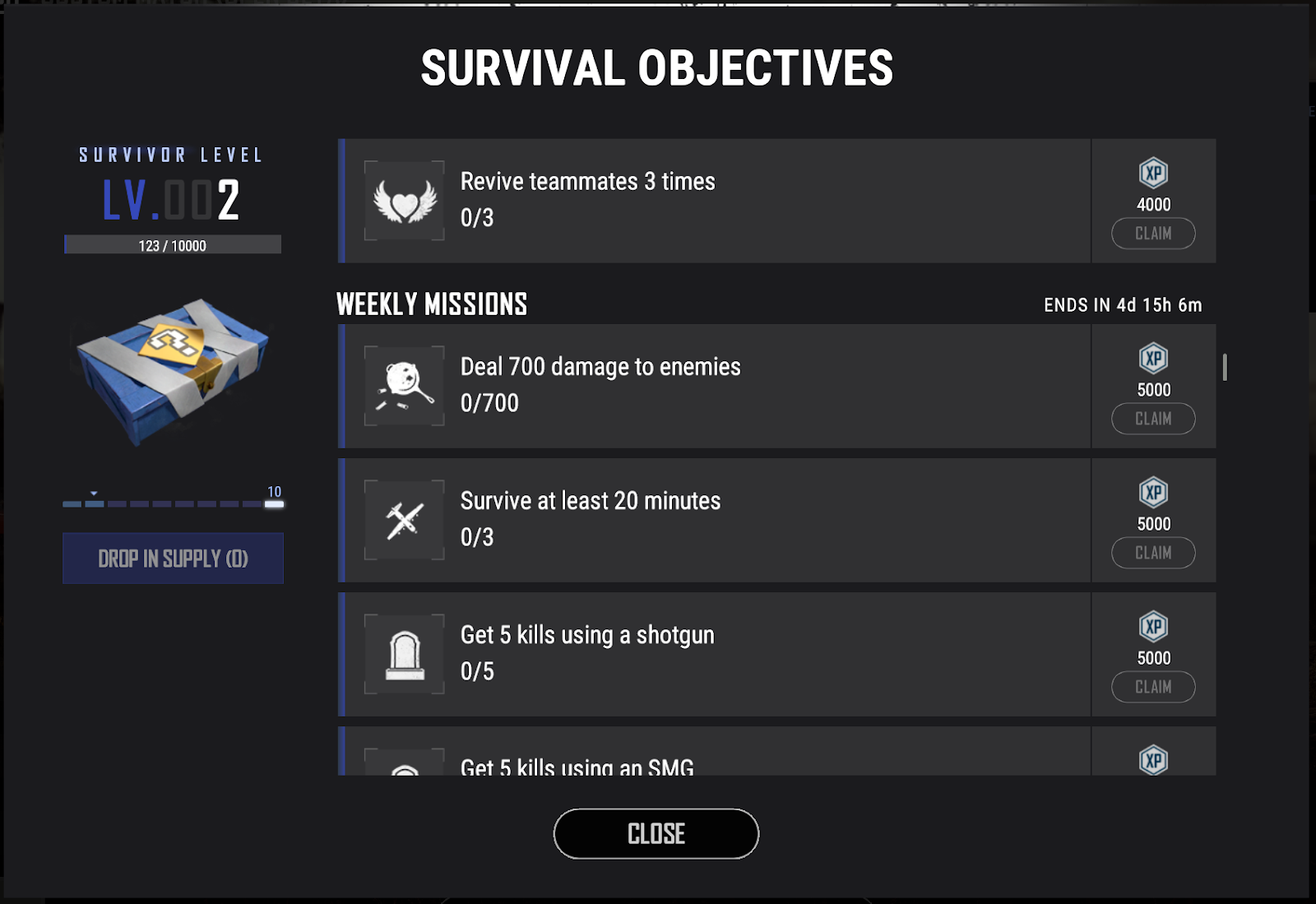 “You increase your survival level by filling the survival gauge, which in turn earns you either a temporary or permanent item. Temporary items serve as an in-between-milestones gift to let you play around with different wardrobe options while you work towards your permanent items, which is awarded at minimum every 10th level,” the developers explain.

There will also be both daily and weekly ‘Survival mission’ which will grant bonus XP and help players to level up more quickly. The missions will reset every day or week or there’s an option to manually refresh them “a fixed number of times if you find that you do not like your missions.”

According to PUBG Corp, the best part of the Survival Supply System is that it is a “semi-permanent Reward System, meaning that for the foreseeable future, there is no deadline to when you have to earn rewards by as there was with the Event Pass.”

The Survival Supply System could “become a season thing” and the developers “hope you enjoy these additional rewards just for spending time in PUBG.”