After another long day of Fortnite action, another 33 players have advanced to the grand finals on Monday, September 3, and professional players dominate the rankings.

Sunday, September 2, will be the third and final day of qualification, before the top 33 players from each day move on to compete for a share of the $1.5 million prize pool.

It is Epic Games’ first open event, where players can simply show up at the venue and register to play, unlike their previous invitational events.

Two other Ghost Gaming players also made the top 16 – Rocco “SAF” Morales and ‘Bizzle’ both making it in. 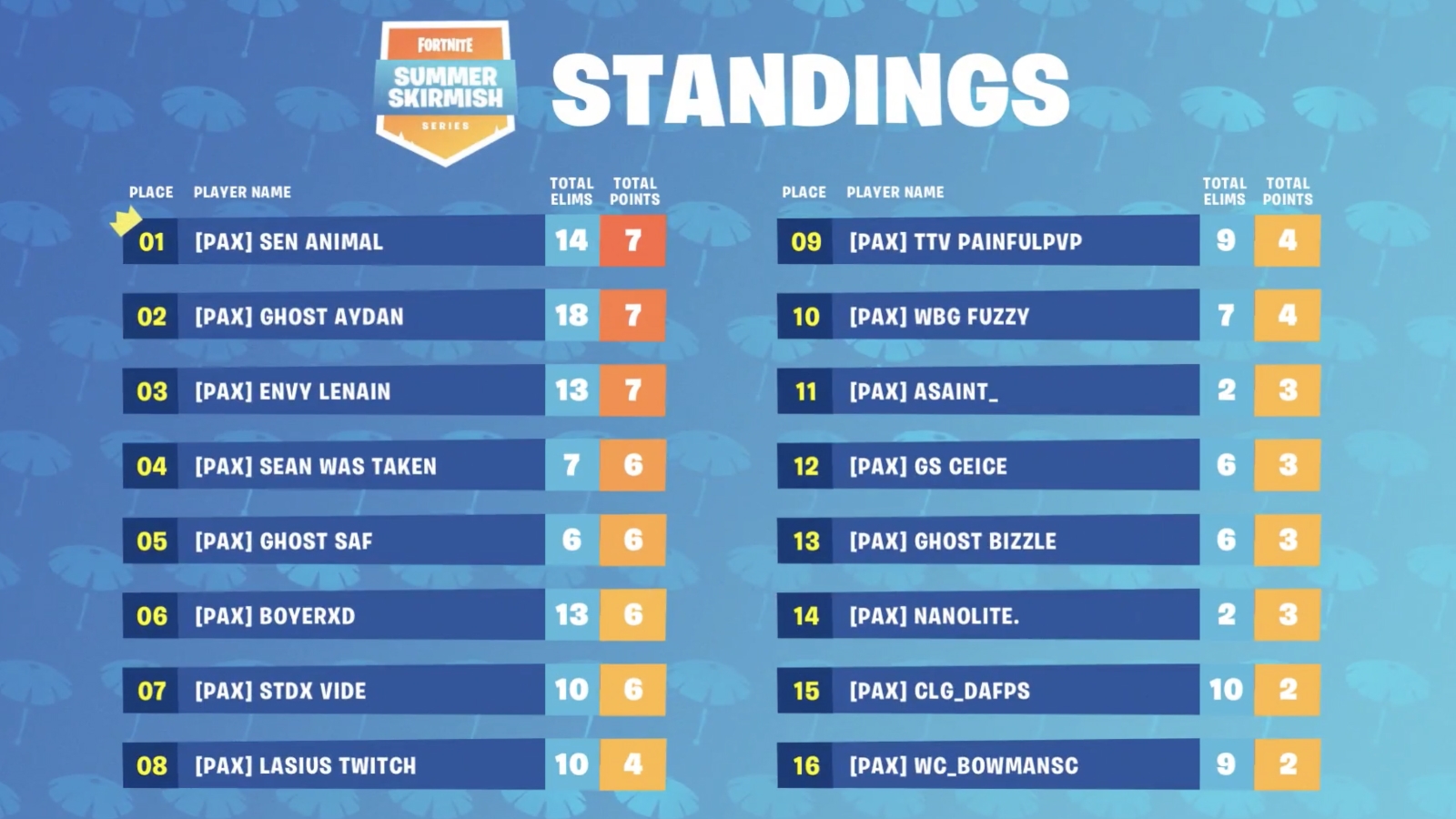 Team Envy’s Myles “Gorilla” Cayene also made it through with an 18th place finish, and Team Liquid’s Jake “Poach” Brumleve also made it in. 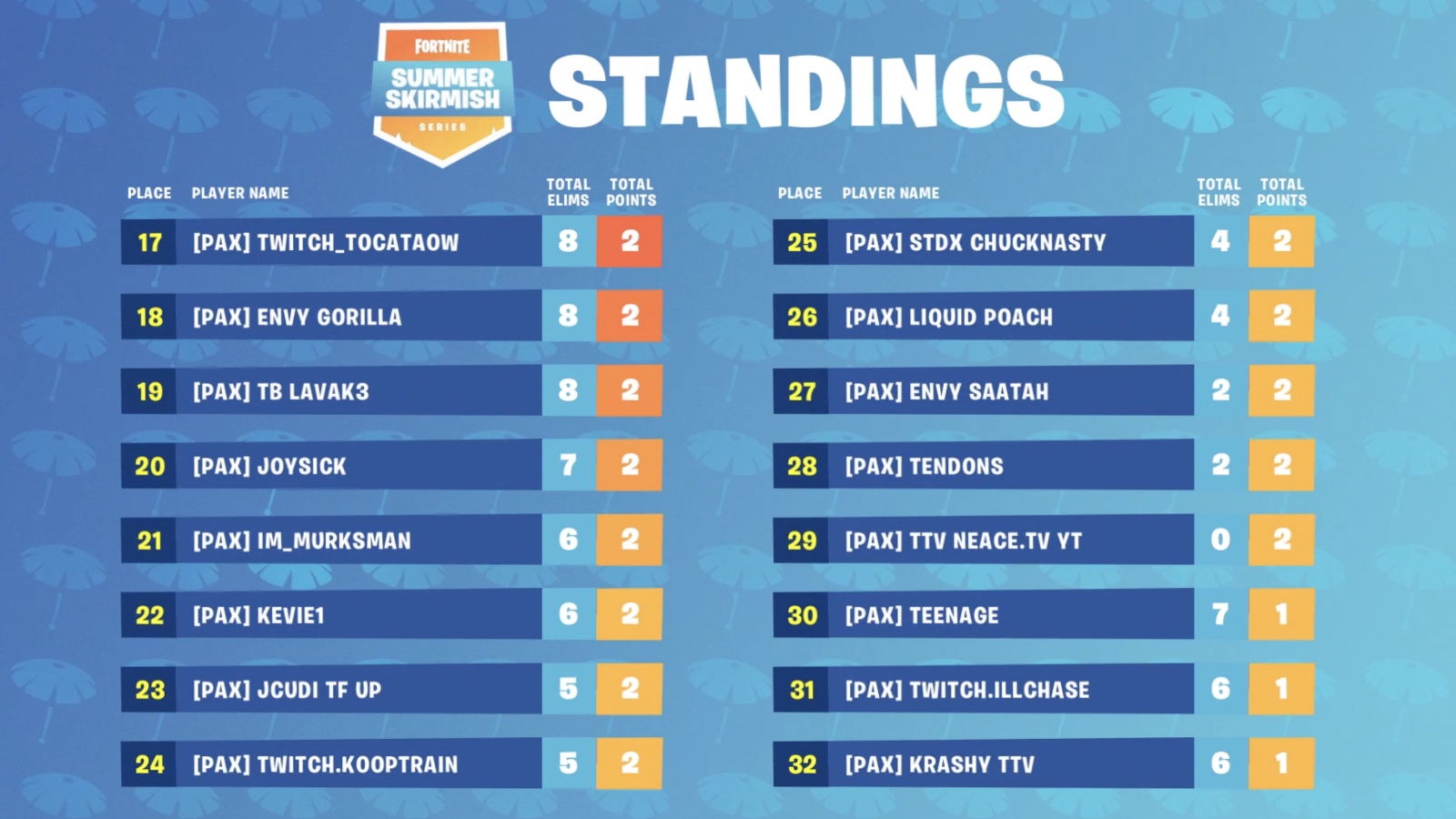 Day three of matches will begin on Sunday, as another three heats will take place before a final qualifier at night.

You can watch all the action via Fortnite’s Twitch, YouTube, Mixer, Facebook and Twitter, or of course if you are in PAX in person head to the venue – there is even a real life ‘Lazy Links’ mini-golf course.