A one-of-a-kind Limited Time Mode may be coming to Fortnite: Battle Royale titled ‘Leviathan’ and would be unlike any mode prior.

Since its release in 2017, Epic Games has maintained a strict schedule of updates and patches in order to keep Fortnite: Battle Royale ‘fresh’ for players across the world.

New weapons, skins, areas, and other forms of content are constantly introduced on a weekly basis, which gives users and fans something new to try whenever they log-on.

Epic also brings ‘Limited Time Modes’ to Fortnite as often as possible, allowing the studio to create fun playlists which typically are not in line with the typical flow of Fortnite.

With Season 4 coming to an end in early July, Epic has once again been generating hype for Season 5 with a collection of in-game additions in order to keep everyone guessing, which is exactly what occurred prior to Season 4.

One of the main questions is that of a giant footprint which can be found near Greasy Grove, with dataminers TwoEpicBuddies discovering that it may be a hint for an upcoming game mode titled ‘Leviathan’ where one team will need to escort a giant monster to Wailing Woods, while the other attempts to stop them.

“2 new LTM’s will be coming near the end of Season 4. A 50v50, but one person in one team will control the big leviathan and the team with the leviathan hav to escort him to Wailing Woods or Greasy Grove. The other team has to take it down before it’s too late! There’s infinite lives in the game mode, but no building.” 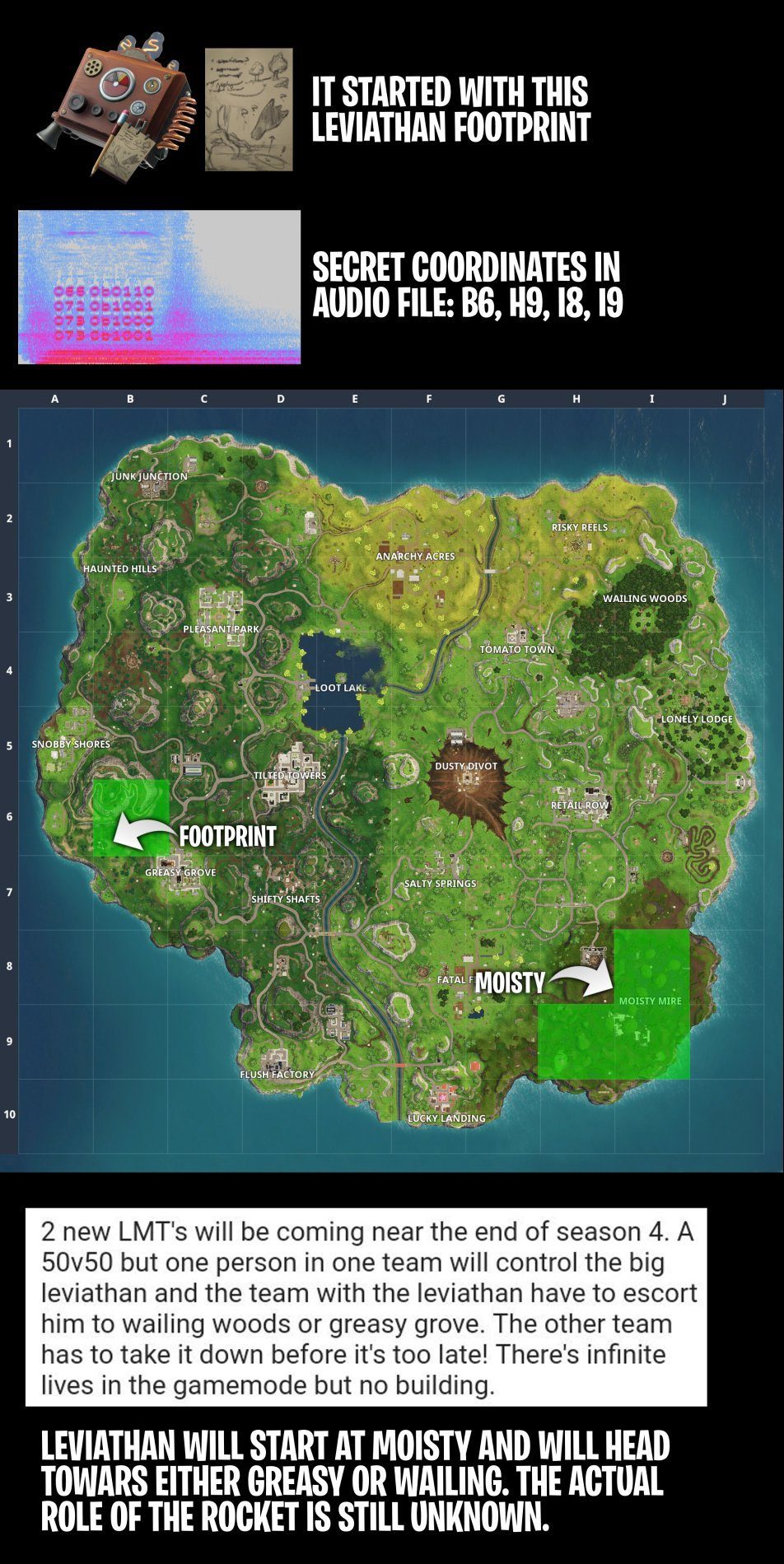 As of writing, nothing has been confirmed by Epic Games in regards to the ‘Leviathan,’ however, more information will probably be revealed in the coming weeks with Season 4 set to end on July 9th.

We will continue to provide updates as Season 4 winds down.

Xbox rumored to be remastering another iconic franchise from 360 era