The fan favorite Playground Limited Time Mode in Fortnite is ‘ending soon’, according to a new daily message in the game’s hub.

Fortnite developers recently confirmed they are working on a version of the mode that will be permanent, but it appears that version is not ready yet, and so the current version will be taken out for now.

There is no doubt that it will return again, although Epic Games has not made any official announcement on this as they ramp up for the launch of season 5.

Players can likely expect the mode to end simultaneously with the conclusion of season 4, with an updated and improved version hopefully dropping as part of season 5. 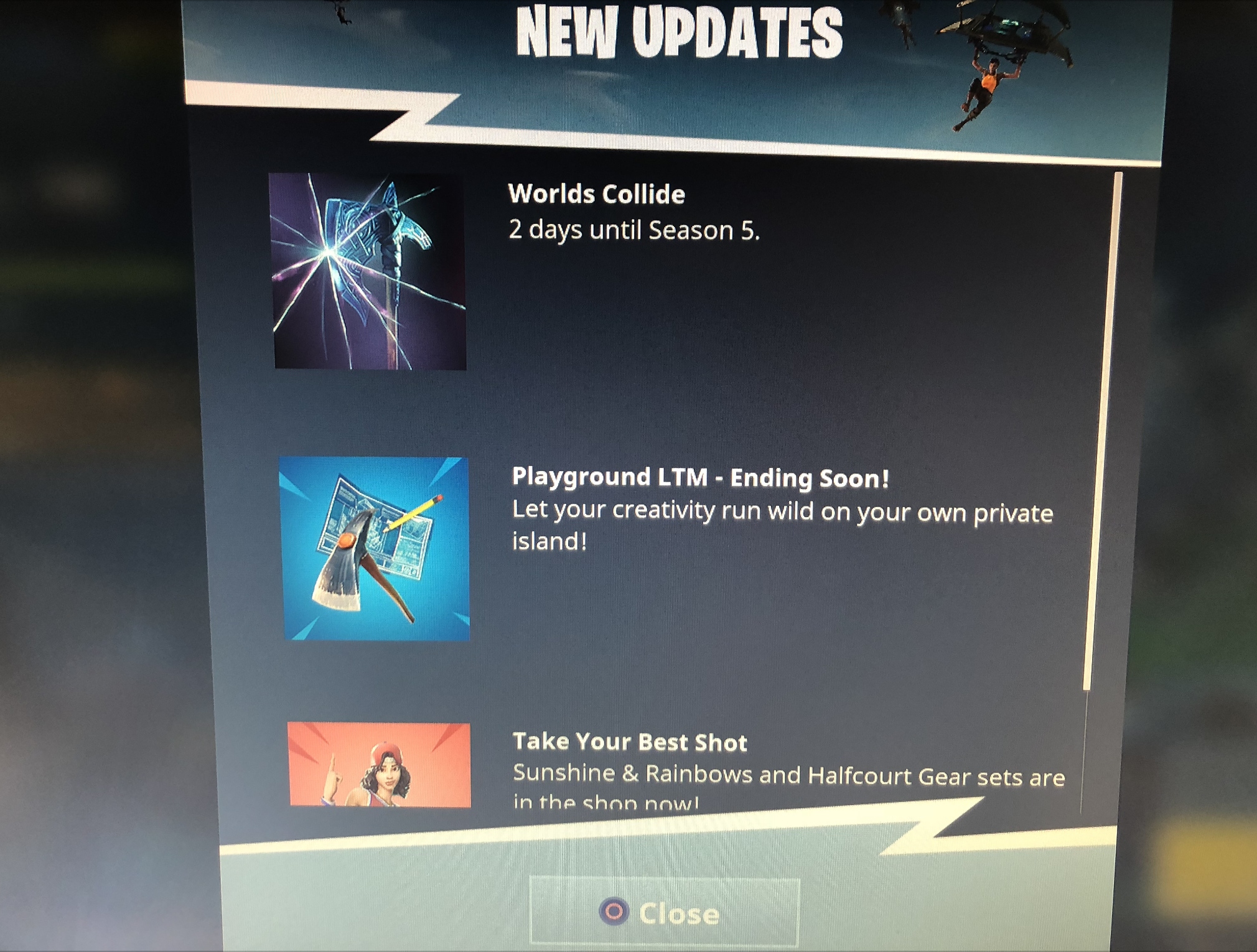 We will keep this story updated as official word from Epic Games on when exactly Playground will be removed is announced.

For now, it sounds like you will need to make the most of what Playground has to offer, but many players will also be determined to rank up their season level before the current season 4 ends.

Epic Games did recently provide details of what the full, permanent, planned version of Playground will include in a Reddit post.

For the next version of Playground we’re hoping to include functionality that would allow team selection options within the Playground itself. Here’s a few things you would gain with the ability to select teams: