Fortnite’s V7.10 update officially released on Tuesday, December 18, and dataminers have been sifting through the massive update trying to find clues as to what is coming up in the future of the popular battle royale title.

With the Christmas period fast approaching, Epic Games included items that we may see released throughout the holiday season, and it seems Fortnite fans will soon be getting their hands on a brand new weapon, plus two items.

Found in the files after the V7.10 update is a new Boombox item, which has been fully animated and features audio files that the Boombox will play. It’s currently unknown what the Boombox’s function will be, however some fans believe it will act similarly to the Boogie Bomb which forces people to dance, while others think it’s likely a new emote or toy.

What are your thoughts?

PS: We'll share a new Skin that hasn't been posted yet in a bit aswell, stay tuned! pic.twitter.com/tSbzQZ5bfT

Fans may also see a new carrot consumable in a future update for the game, as files linked to it have also been spotted.

While the carrot appears to be in the early stages of development, it hasn’t stopped people from theorizing about what it will be used for, with some suggesting it will affect players vision. 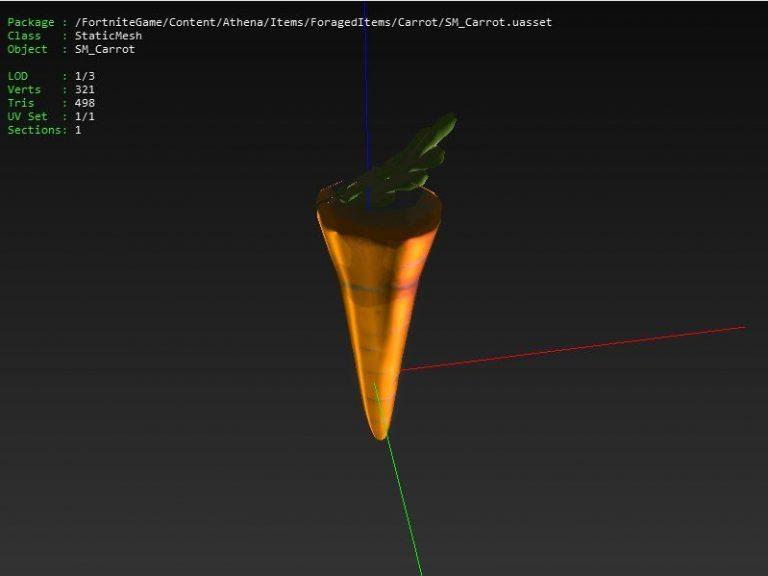 The carrot consumable has been found in the game’s files.

Leakers have already found a new submachine gun in the game’s file called the Machine Pistol, which looks a lot like a Mini Uzi. The Machine Pistol has been available in Fortnite’s PvE mode Save the World for some time, but it appears it will soon be making an appearance in Battle Royale too.

There are currently no official release dates for any of these items, however with both consumable items appearing in the “Athena” portion of the game files, it’s likely we will see them soon.

However, as with all leaks, there is no guarantee that they will ever see the light of day, as Epic Games have previously added items to the game’s files and then never used them.