Not much information on the new item has yet been found, but what has been was uncovered by data miners.

Popular Fortnite leaker FortTory leaked sound files for the new buried treasure item, although didn’t have any concrete idea about what the item could do.

The beacon we saw in the Trailer! pic.twitter.com/o80OqQamJn

Aside from the sound effects, a potential location for one of the buried treasures has also been found on the Season 8 map.

In the north east corner of the map, a stone ‘X’ surrounded by chests has been sighted, as well as files for a “shovel” and “dirt to dig”.

Digging for some kind of treasure, maybe some extra rare loot or other reward, certainly doesn’t seem to crazy, based on the evidence – but exactly what the new Buried Treasure item will actually be remains a mystery. 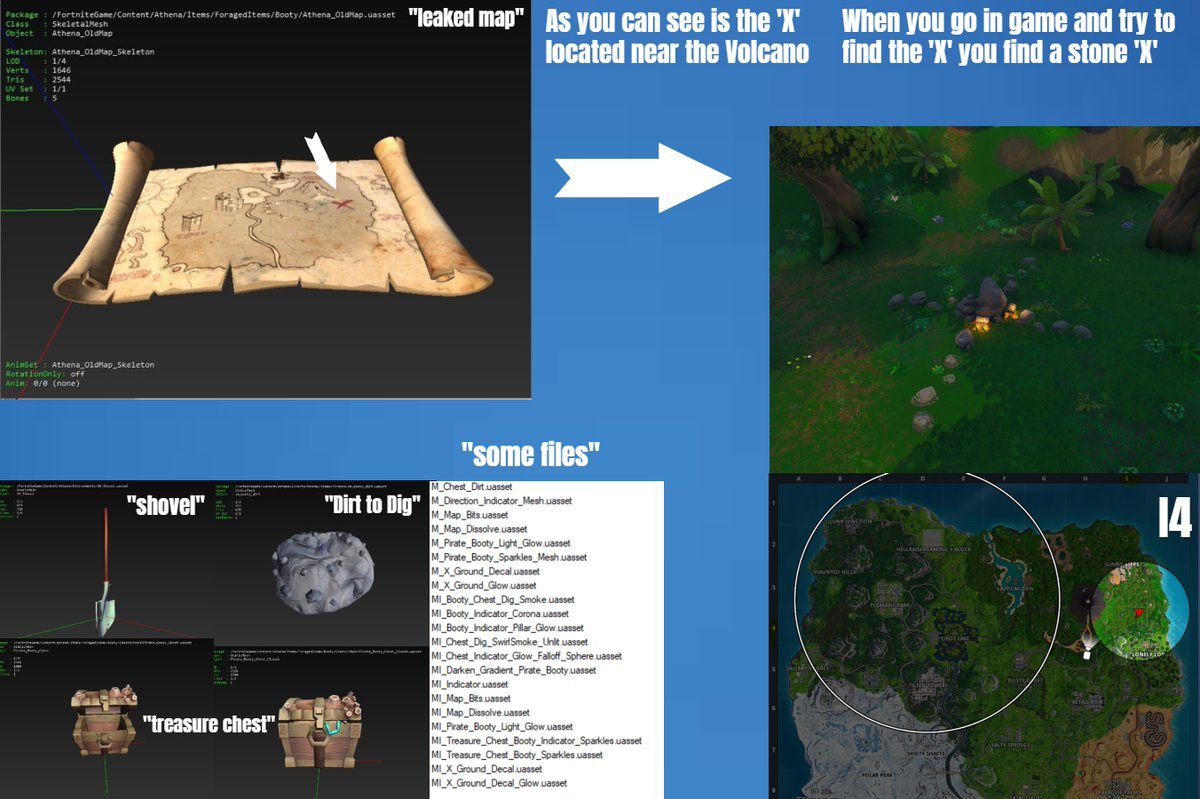 The item hasn’t been released yet, and probably won’t be until the v8.00 update, which will probably happen on Tuesday, March 5.

There’s been no official word on the update from Epic, but last season content updates most often came on Tuesdays.

It’s clear Fortnite and Epic aren’t slowing down anytime soon when it comes to adding new content into the flagship battle royale.