The streamers will not be hunting each other like in the Fortnite Celebrity Pro-Am, however. The 2v2 double elimination tournament will be based on the amount of kills a player can get, rather than a high placing.

Much like Keemstar’s Friday Fortnite format, the teams of two will load into a match with their opponent, as a squad, and play two matches together. Whichever team has the most kills after two matches will advance to the next round.

There is one major difference to Friday Fortnite, sabotage is not only allowed, but encouraged. Unlike Keemstar’s tournament, which does not allow sabotage like knocking over opponent’s structures or building in front of them when they try to shoot, NerdOut’s Anything Goes Tournament will feature all of that.

Everyone in the tournament is required to stream their matches, so those interested in tuning in can simply pick their favorite streamer and follow along on July 8th.

Tfue and Cloak will enter as the favorites due to their success in the similarly formatted Friday Fortnite tournament, however they will have to deal with sabotage they might not be as familiar with.

For a complete list of participants, as well as the tournament bracket, you can click the link below.

The NerdOut $20k Anything Goes Tournamnet will be played according to the following ruleset, courtesy of Bebo: 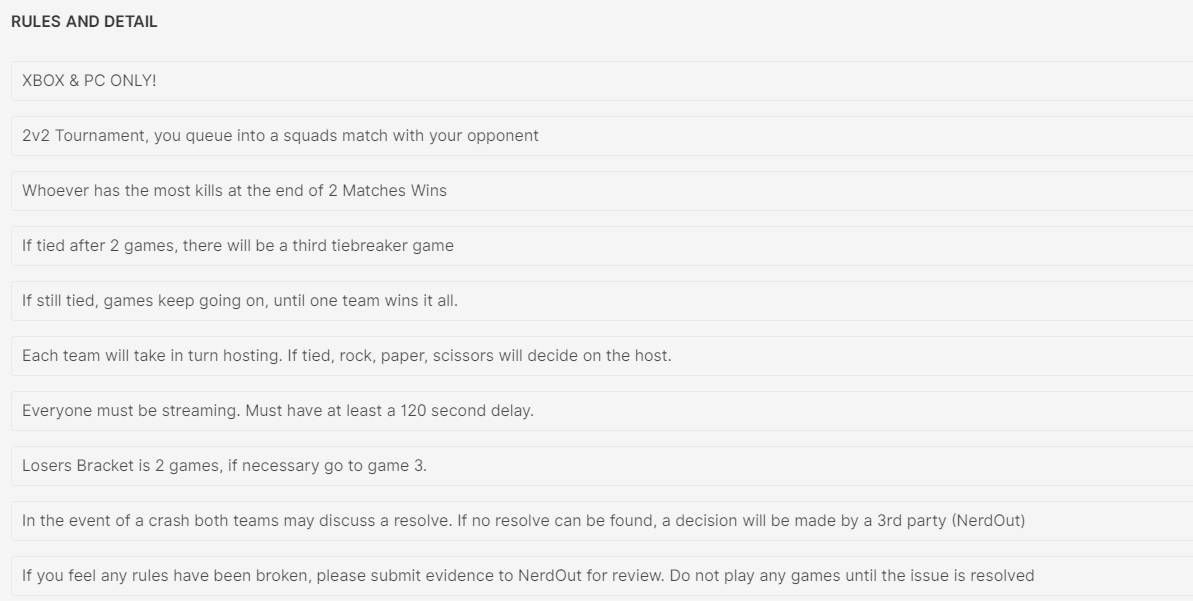