100 Thieves CEO Matt ‘Nadeshot’ Haag decided to pay one last homage to Season 4 in Fortnite before that start of Season 5.

On July 11, the popular YouTuber took a trip to visit the desert site where the real life version of Fortnite’s Durrr Burger sign is located.

Living out in the Los Angeles area, it was not too difficult for Nadeshot to make his way to the California desert that is the current home of the massive burger.

Here is a picture of it that he posted on his Twitter page. 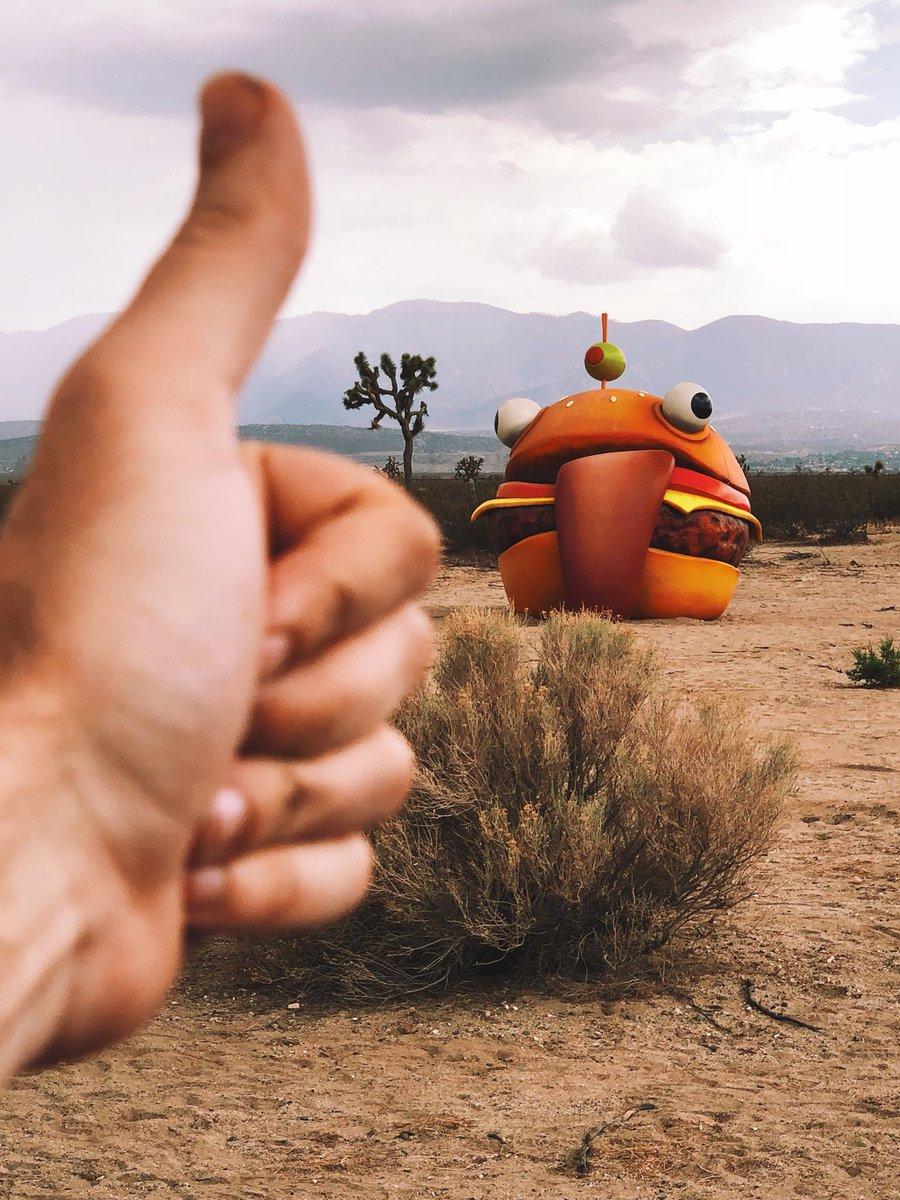 He also took this video of the unnamed Agents who have been seen around the site passing out mysterious cards on which a phone number is printed.

“So that I have proof that Durrr Burger is real and out in the desert, agents are around handing out cards. I’m in the flesh, we have found Durrr Burger. We got to get him home for Season 5”

Nadeshot also took the time to take pictures with some of the kids who had also gone to the desert to see Durrr Burger in the flesh. 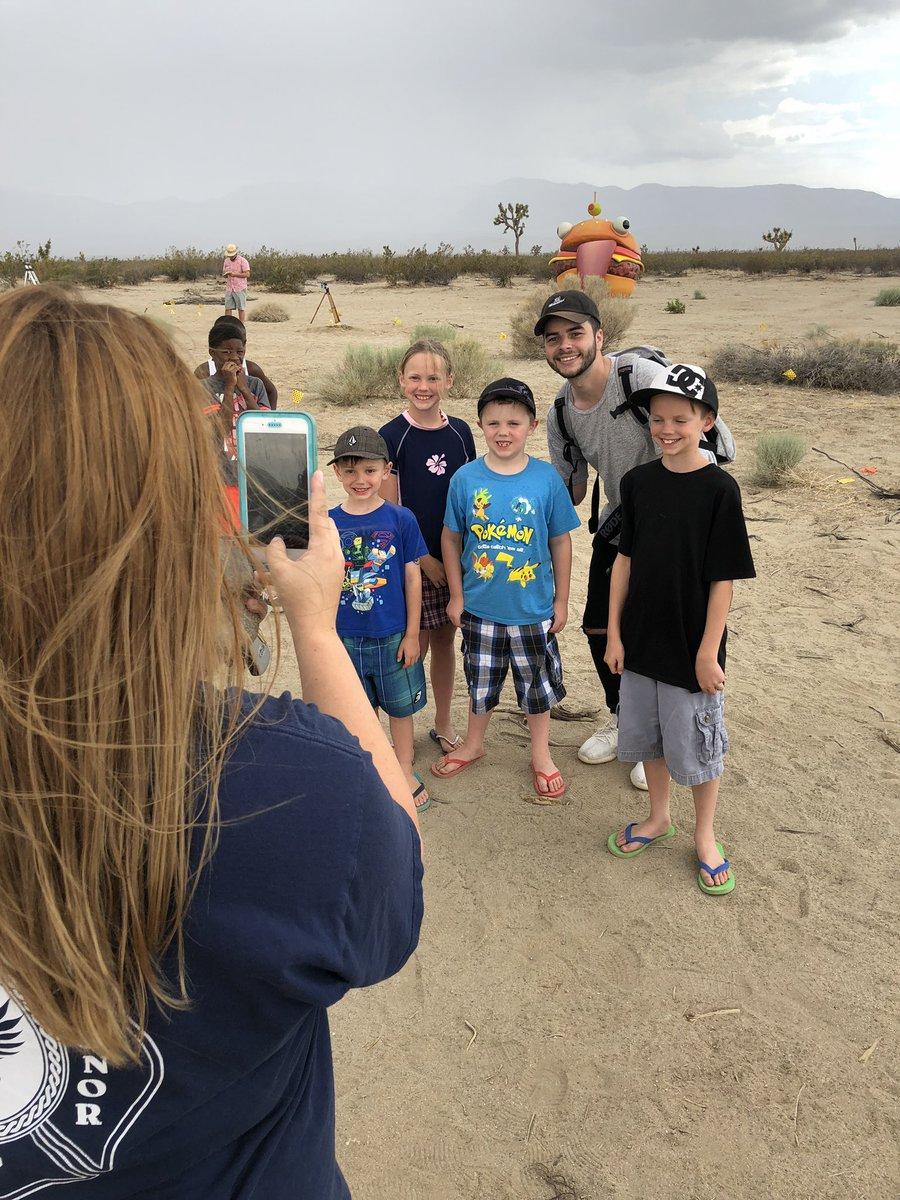 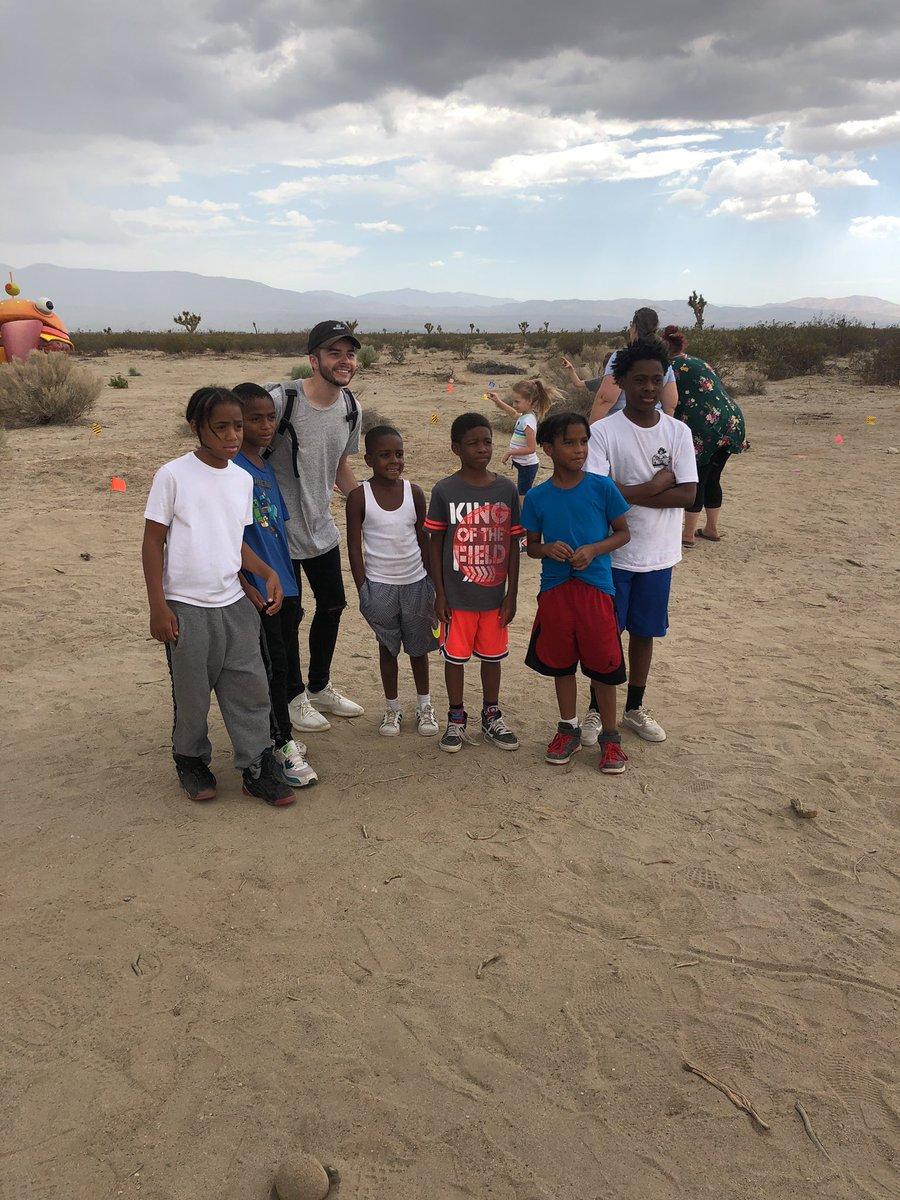 Durrr Burger appeared in the real world on July 6th, days after disappearing into a portal in Fortnite. Its appearance sparked the start of Epic Games’ Alternate Reality Game, which involved them continuing to place in-game items in the real world.

Since then, Llamas have been found in numerous cities throughout Europe, and the phone number passed out by the Agents has pointed to a mysterious historical research center in France.