Season 8 introduced plenty of changes to Fortnite Battle Royale, the latest being a mysterious helicopter, which has slowly begun travelling around the map.

The army-style helicopter was first spotted by eagle-eyed players north of the new point of interest, Sunny Steps, surrounded by the new volcano vents and expedition outposts.

Not long after it was located, the helicopter moved to near Lonely Lodge; situated on a hill overlooking the vast Fortnite landscape. 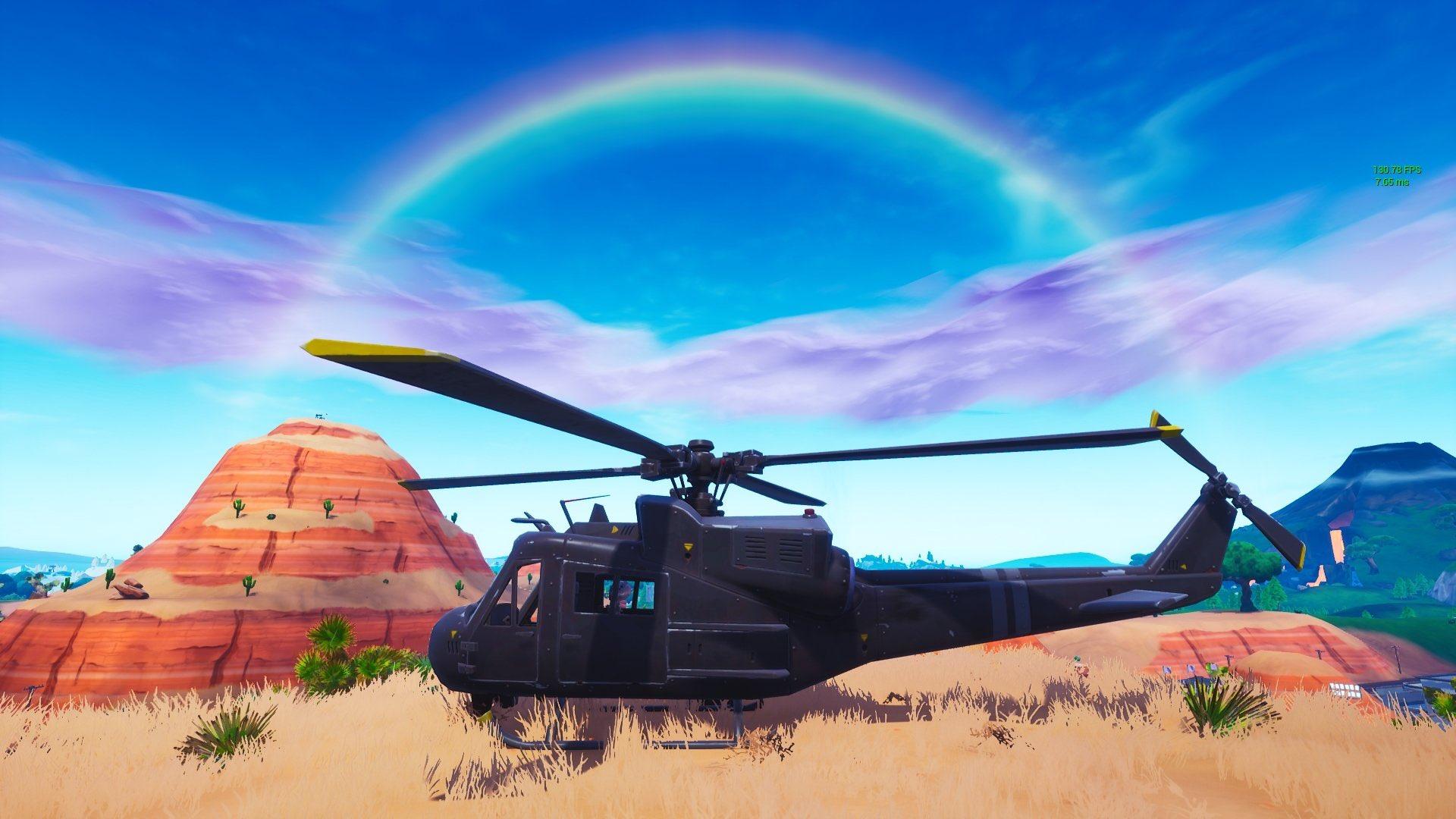 Now, the vehicle – which was first spotted in Fortnite on the film set at Moisty Mire back in Season 4 – has moved further south towards Paradise Palms.

Players are currently unable to access its location and it remains to be seen how the military will fit into the Season 8 theme of pirates and jungle.

The community continues to speculate the purpose of the helicopter as it seems to be keeping a watchful eye over the map’s development.

Helicopters were spotted at Moisty Mire in Season 4 – are they linked to the Wailing Wood research lab?
[ad name=”article3″]

Perhaps the research team, whose work was lost at Wailing Woods thanks to the volcano, are eager to recover what was destroyed by gathering more information through scouting missions.

Keep your eyes peeled in the coming weeks to see what Epic Games have up their sleeves.