The June 28 running of Friday Fortnite has now completed, with Team Secret professional player Mongraal and Team Atlantis’ Mitr0 beating out the French duo of Gotaga and Team Solary’s Airwaks to finish in first place.

After nearly a year-long hiatus, the fan-favorite Friday Fortnite series returned on May 31 for three consecutive $20,000 tournaments, the final one of which took place on June 28.

You can find everything there is to know about the latest running of the competition, including a recap of the grand final, the final placements, the finalized bracket, and more.

Gotaga and Airwaks had an advantage going into the grand final – winning the Winners Bracket gave them the luxury of having to win only one series, whereas Mongraal and Mitr0 needed to win both.

The first series started off pretty much as one-sided as it gets, with the M&M duo grabbing an incredible 25-4 elimination lead going into the second map, thanks to Mongraal dropping a whopping 17 eliminations.

Game 2 of the Grand Finals! @Mongraal & @mitr0 are starting off with a major lead on @Gotaga & @airwaks, will they be able to hold the lead and take home the #FridayFortnite win? Keep watching: https://t.co/oUxkj8XcpD pic.twitter.com/osUs3wqccs

In the second map, Gotaga and Airwaks tried to spark a comeback by getting four early kills, but they both were taken down shortly after, giving Mongraal and Mitr0 the 25-8 series victory and resetting the bracket for a winners-take-all second series. 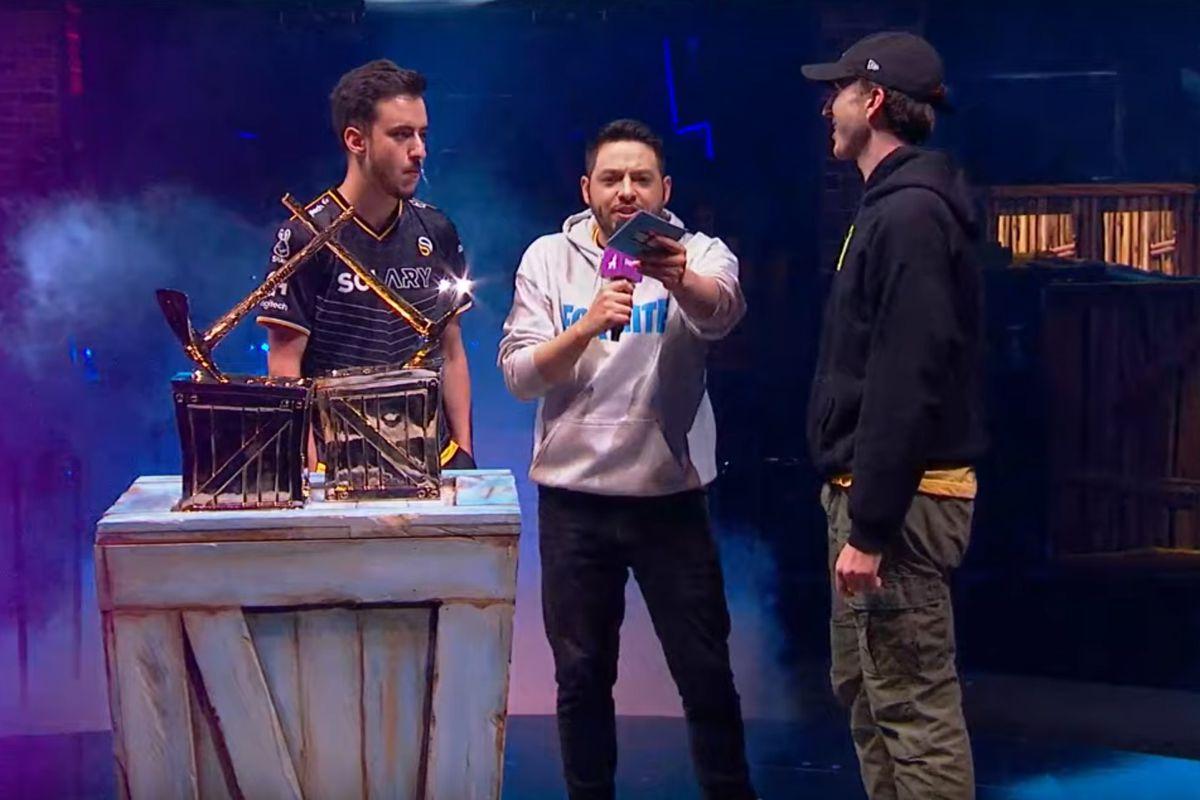 Team Solary’s Airwaks, who recently won the Fortnite Celebrity Pro-Am, was not able to replicate that success in Friday Fortnite.

With everything to play for, the first map of series two turned out to be lot closer than the first series, with Mongraal and Mitr0 taking a 23-16 lead going into map two.

There are only 7 elims between the two teams @Mongraal & @mitr0 and @Gotaga & @airwaks as we head into game 2 of the bracket reset! Tune in now: https://t.co/oUxkj8XcpD #FridayFortnite pic.twitter.com/nWkP8t4fra

While Gotaga and Airwaks put up a good fight for survival in the second map, even coming close to completing a comeback, the World Cup-bound duo did enough to maintain their lead and secure the tournament victory 40-29.

There we have it! @Mongraal & @mitr0 are crowned the winners of the $10K #FridayFortnite! Congrats! pic.twitter.com/voMXVP4Sea

Here is the update list of final placements for today’s tournament.

Half of the $20,000 overall prize pool will be going to the team that finished in first place, while the other half will be used to purchase Nintendo Switches for 30 random viewers, in honor of the late YouTuber Etika (details below)

Here is the finalized version of the Friday Fortnite bracket, including both the Winners and Losers Brackets.

In previous tournaments, $10,000 of the prize pool was given to one lucky winner each week, picked from all who were active in the Twitch chats of participating streamers.

However, for the June 28 running, KEEMSTAR and FaZe Clan’s Banks have chosen to use the money to purchase Nintendo Switches to 30 winners, who have been picked throughout the tournament.

This was done in honor and memory of the late YouTuber Etika, who tragically passed away on June 25 in what was concluded to be a suicide.

It’s not clear when the 30 winners will be officially announced, but we will include their names here once they are revealed!

Ok we are doing it! 30 viewers will win Nintendo Switch’s this #FridayFortnite

Friday Fortnite is a weekly tournament that brings together some of the biggest content creators and pro players of the online gaming community, sometimes even featuring celebrities.