Leaks from the Fortnite files suggests that a crossover event dedicated to Super Bowl LIII is coming to the game.

The Super Bowl will be contested between the New England Patriots and Los Angeles Rams on February 3 in Atlanta, Georgia and it looks like there will be some representation of the game in Fortnite.

It wouldn’t be the first time that Epic Games and the NFL have teamed up. Football skins were released in the game back in November 2018 and the battle royale has been represented at the Pro Bowl – the NFL’s all-star week – in Orlando from January 23 to 26.

Now, it appears they are taking the next step and Super Bowl-themed content is being added. 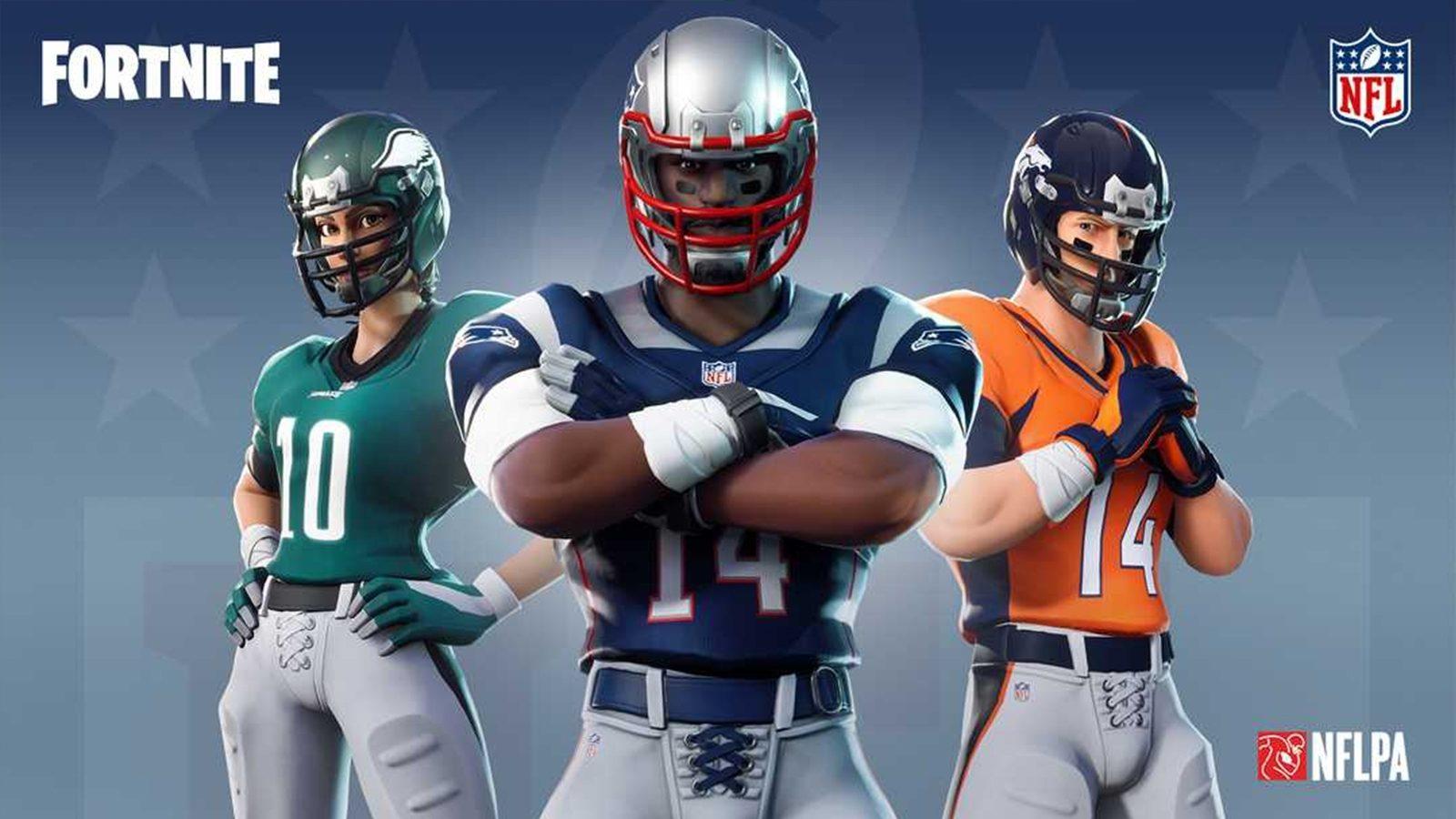 Every NFL team got their own Fortnite skins in 2018.

Posted to Twitter by numerous leakers, ‘NFL Rumble’ will follow the same premise as Team Rumble but with a gridiron twist.

The description of the mode states: “Represent one of the two teams from the Big Game by fighting for the Victory Royale in an action-packed mode where the first team to get 100 eliminations wins!”

NFL Rumble: Represent one of the two teams from the Big Game by fighting for the Victory Royale in an action-packed mode where the first team to get 100 eliminations wins!

That’s not all. There will also be changes to the football field that is currently at Pleasant Park with leaked game files also showing NFL branding for the area.

Players will also be able to purchase Super Bowl variants of the NFL in-game skins, letting you represent your team with their jerseys from the big game.

The Super Bowl logo should hold the key to the Fortnite NFL update.
[ad name=”article4″]

There is a ‘Football Toy’ in the game files, seemingly giving players a Football item similar to the Golfing and Soccer emotes that are already in the game.

While there is no set date or time for the release just yet, but seeing as the game is on Sunday, the additions won’t be too far off.

Keep an eye on Dexerto for the all the Fortnite breaking news and updates.