Today’s tournament has wrapped up! Catch up on the final placements, full recap, video highlights and more in our July 5 Friday Fortnite recap hub.

YouTubers Daniel ‘KEEMSTAR’ Keem and Jimmy ‘MrBeast’ Donaldson have partnered up to host the fourth running of the popular Friday Fortnite tournament series.

With the three Friday Fortnite tournaments that FaZe Clan had funded now all in the rear-view mirror, YouTube star MrBeast decided to put up the money so that the series could continue for a fourth week.

Below, you can find everything you need to know about this week’s event, including the schedule, players and teams, bracket, and more.

When does week four of Friday Fortnite begin?

The next running of Friday Fortnite is scheduled to take place on Friday, July 5, kicking off at its usual time of 1 PM PT / 4 PM ET / 9 PM BST.

The tournament will be streamed live on UMG’s Twitch channel, which we have included here for your convenience. In addition, the individual streams for some of the competing players will also be included below shortly before the competition kicks off.

Who is playing in week four of Friday Fortnite?

Friday Fortnite is known to attract some of the online gaming communities biggest and most prominent creators and professional players, and the July 5 running is no exception.

Expected to compete are superstar streamers such as Ninja, NICKMERCS, Myth, and Poach, alongside pro Fortnite players from Ghost Gaming, FaZe Clan, NRG Esports, and more.

In addition, today’s tournament will also feature Bronny, the eldest son of NBA superstar Lebron James, who will be partnering up with FaZe youngster H1ghSky1.

You can see the full list of all of the players and duo in the BRACKET Section below. 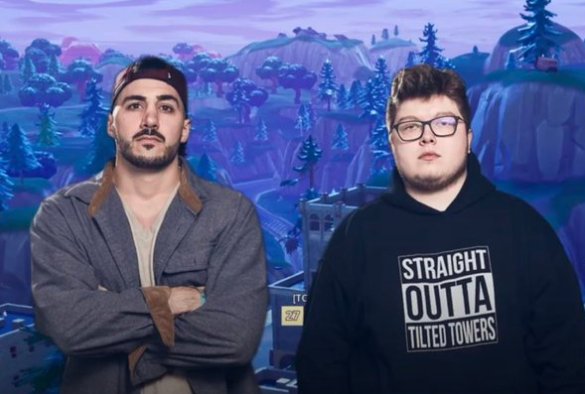 Fall Skirmish partners NICKMRCS and Aydan are both competing in this week’s Friday Fortnite, albeit each with a different partner.

Here is the bracket, as it stands, for the July 5 running of Friday Fortnite. It will updated live throughout the tournament by UMG, so you will always be provided with the latest scores and matchups.

Remember, being active in one of the competing streamers’ Twitch chats could earn you $10,000.

As with some of the previous Friday Fortnite tournaments that have been held in recent weeks, one lucky viewer will win a massive $10,000 prize, courtesy of MrBeast.

The winner will be chosen from those who are actively participating in the Twitch chats of any of the competing players’ streams, and announced shortly following the conclusion of the event.