YouTuber Daniel ‘KEEMSTAR’ Keem and online tournament organizers UMG have partnered up once more to host another running of the Friday Fortnite competition on July 19.

This week’s Friday Fortnite will be the sixth one since the fan-favorite tournament series came back from its one year hiatus back in May.

You can find all of the details about the July 19 competition below, including the schedule, full list of players and duos, the official bracket, and more.

When does week six of Friday Fortnite begin?

UMG will be hosting a main livestream covering the entirety of the tournament, which we’ve included below for your convenience. Additionally, some of the participants’ personal Twitch streams will also be included in the ADDITIONAL STREAM section below.

Who is playing in week six of Friday Fortnite?

Traditionally, Friday Fortnite tournaments have always attracted some of the biggest names in the online gaming community, including popular streamers, YouTubers, and pro players.

Week six will be no exception, as viewers can expect to see the likes of Ninja, NICKMERCS, Myth and other prominent content creators, alongside pro players from FaZe Clan, Luminosity Gaming, and more.

Last week’s champions, FaZe’s Nate Hill and Funk, have partnered up again to defend their crown, and will be facing their org-mates Dubs and Megga in the first round, which will be a rematch of the week five grand final.

The full list of players and duos can be seen in the BRACKET section below. 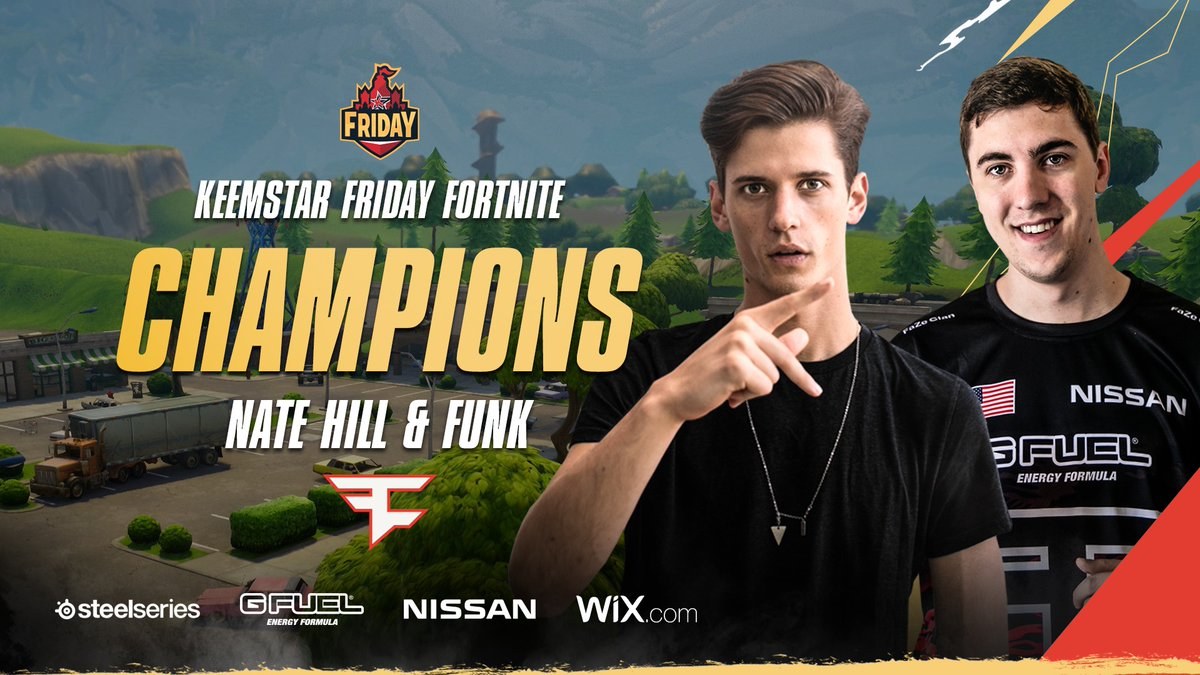 Week five champions Nate Hill and Funk will be returning this week to defend their Friday Fortnite crown.

Here is the bracket that will be used for week six of Friday Fortnite. As always, this bracket will be updated throughout the tournament by UMG, so you will always be able to find up-to-date results and matchups.