The fourth week of the Fortnite Fall Skirmish competition series will start off on October 12 for both the European and North American regions. The EU tourney will take place at 9 AM PT / 12 PM ET / 5 PM BST and the NA half will kick off at 1 PM PT / 4 PM ET / 9 PM BST.

The Fall Skirmish is a six week long series of Fortnite competitions that features a $10 million prize pool. The participants, decided by Epic Games, include pro players, content creators, and special invitees.

Epic Games live-stream each week’s tournament on their official Twitch channel, which has been included below.

In addition, the individual streams of some of this week’s players will also be available in the ‘Additional Streams’ section at the bottom of this page.

The player that finishes with the most points after the six matches wins.

100 players from each region have been invited to play in the week four tournament, with a total of 40 player from each of the five Clubs.

Because the list of players is not officially revealed until the tournaments begin, we have provided an unofficial list below, courtesy of esports statistician ‘DonnySC’

The top 20 players of each region’s tournament will be awarded with a set monetary prize based on the breakdown shown below.

Additionally, players will receive a ‘Big Bonus’ of $7,500 for each additional elimination they can get after first reaching seven eliminations. Each Victory Royale will also earn the match-winner a $10,000 bonus.

In addition to individual prizes, the top 20 finishers will also earn points for their respective Clubs. 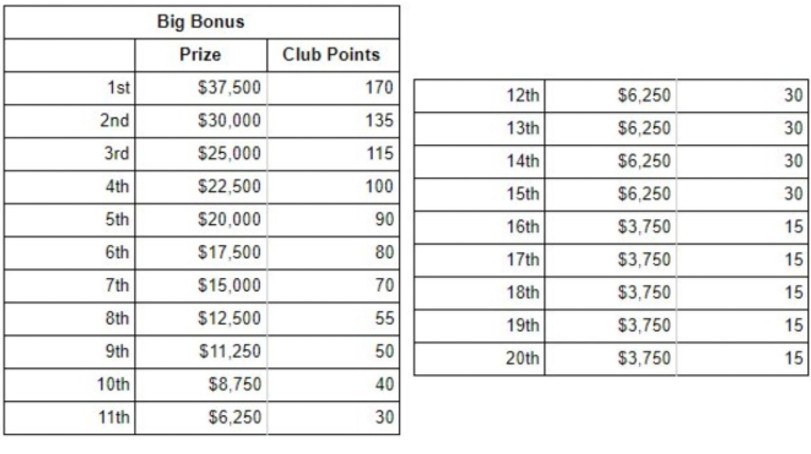 Along with the main competitive tournament, each week of the Fall Skirmish features special Trials that are played during the week and are open to all members of each Club.

This week’s Trials competition is called ‘ATK Grand Prix’ and it will require players from opposing Clubs to race against each other using ATK vehicles on the racetrack found near Paradise Palms.