How to play Fortnite Split-Screen on PS4 and Xbox One

Epic Games enabled split-screen capability in Fortnite Battle Royale following the major v11.30 update, allowing players to jump on the game together on the same system and screen.

The December 12 v11.30 update was arguably the biggest in Fortnite Chapter 2 since the new season kicked off in October, and saw the split-screen feature added to the popular battle royale for the first time in the game’s two-plus year history.

What this does is it allows two players to play Fortnite on a single console and screen at the same time, with each player’s POV appearing on one half.

How to turn on split-screen in Fortnite

In order to turn on split-screen functionality in Fortnite, two controllers need to be connected to a single console.

Once the second controller gets plugged in, a log-in option will appear on the screen for the second player, who then has to press and hold down the specified button on their gamepad.

Following the completion of that step, the screen will be split between the two players’ POVs once they’re in the game.

Keep in mind that the lobby and all menus will not be shared and can only be operated by a single player. Players will not be able to share their cosmetic item inventories. 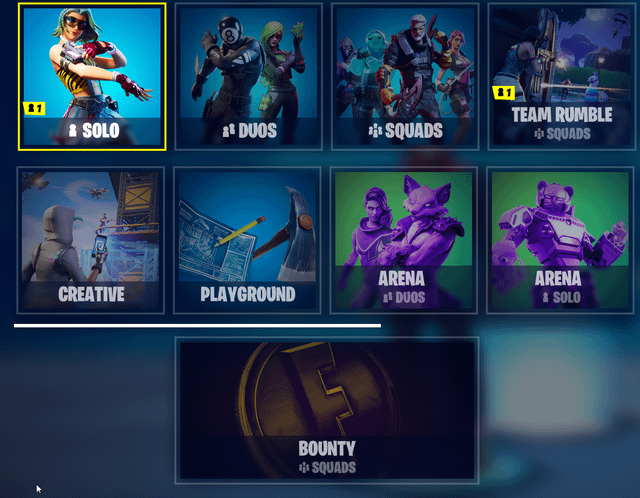 Split-screen is currently only available in Fortnite’s Duos and Squads modes.

On which platforms/consoles is split-screen available?

Currently, split-screen is only available on the PlayStation 4 and Xbox One consoles.

PC, Nintendo Switch, and mobile devices do not support this functionality, and Epic have not indicated that it will be enabled on those platforms anytime soon.

Which modes can be played with split-screen on?

As of now, split-screen can only be used in Duos and Squads modes when two players are connected to the same console. It is not available on Solos so that players will not be able to use each others’ screens as an advantage against one another or the other players in the lobby.

This also applies to Creative, Limited Time Modes (LTMs), and Save the World. However, cross-play between console platforms does allow for shared screens.

It took six days but split-screen was finally re-enabled on December 18. Epic did not disclose why the feature was turned off in the first place.

The Splitscreen feature has been re-enabled! pic.twitter.com/3s05uYL4Vf

Hours after the v11.30 update went live, Epic announced that the split-screen feature had been disabled in Fortnite “due to an issue.”

Due to an issue, we have temporarily disabled the Splitscreen feature.

We’ll provide an update when this has been is re-enabled. pic.twitter.com/Qx4o7cAvxt

The developers did not provide an ETA on when the functionality would be enabled again, so we will bring you the latest on this as more information gets announced.