Fortnite Battle Royale players grinding their way through the game’s Halloween inspired Fortnitemares challenges have one big task in front of them – defeating the Storm King.

The huge raid boss has been available in the Save the World game mode for quite some time, although because it’s behind a paywall, not everybody will have had the chance to see it in action.

With that being said, Epic Games not only made it available in Battle Royale with the v11.10 update, but put a huge target on its head by asking players to take it down in order to complete this year’s Fortnitemares challenges. 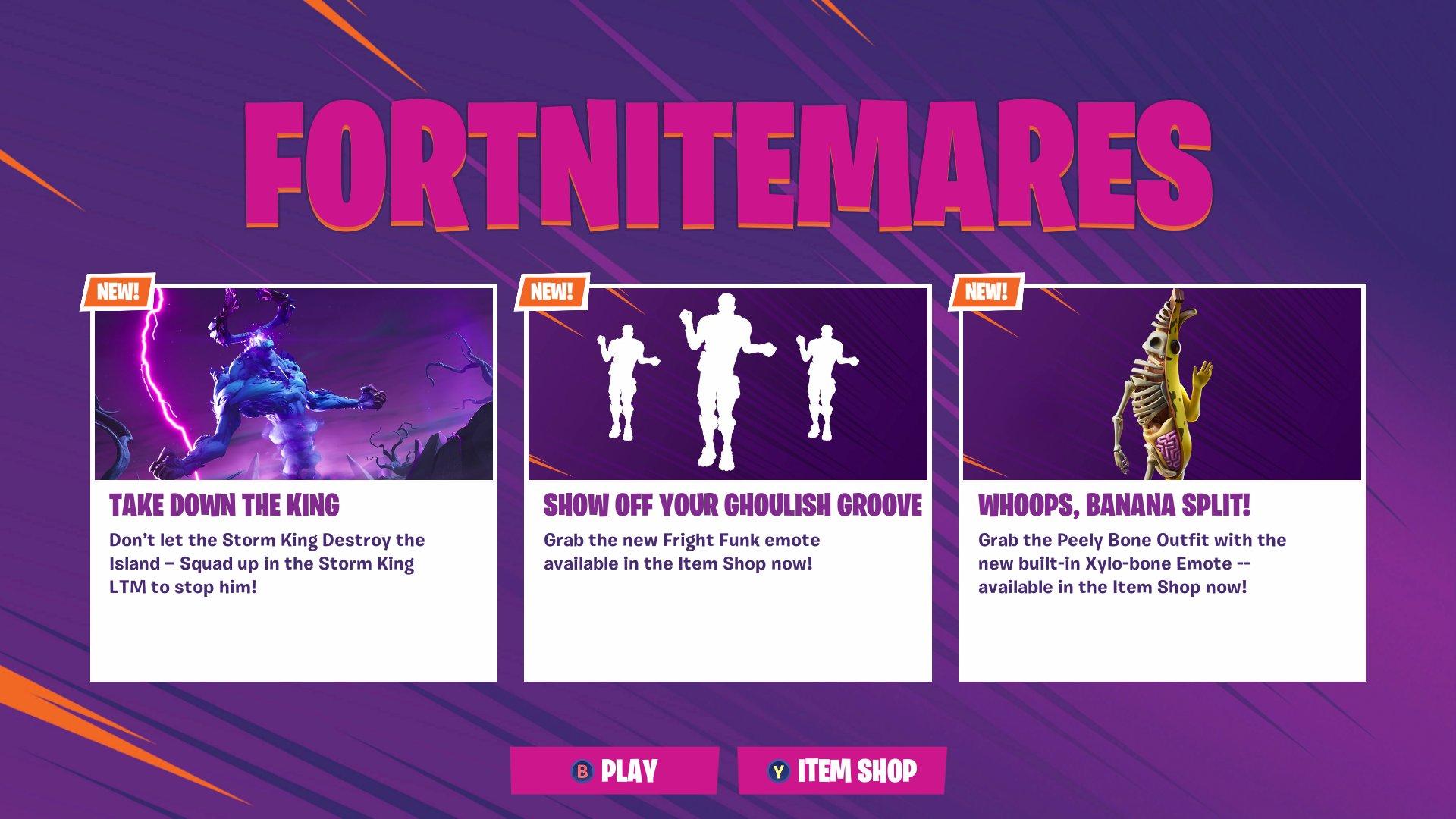 Epic Games have added all sorts of new content for Fortnitemares.
[ad name=”article2″]

In order to take on the Storm King, simply jump into the game modes section of Fortnite and select the Storm King LTM – as seen above. From there, you will be pitted against the monster.

Those who have taken a look through the challenges since they were released on October 29 will know that while the beast might have a huge size advantage over players, it does also have some weak spots for them to target. But, not everybody will know where they are. 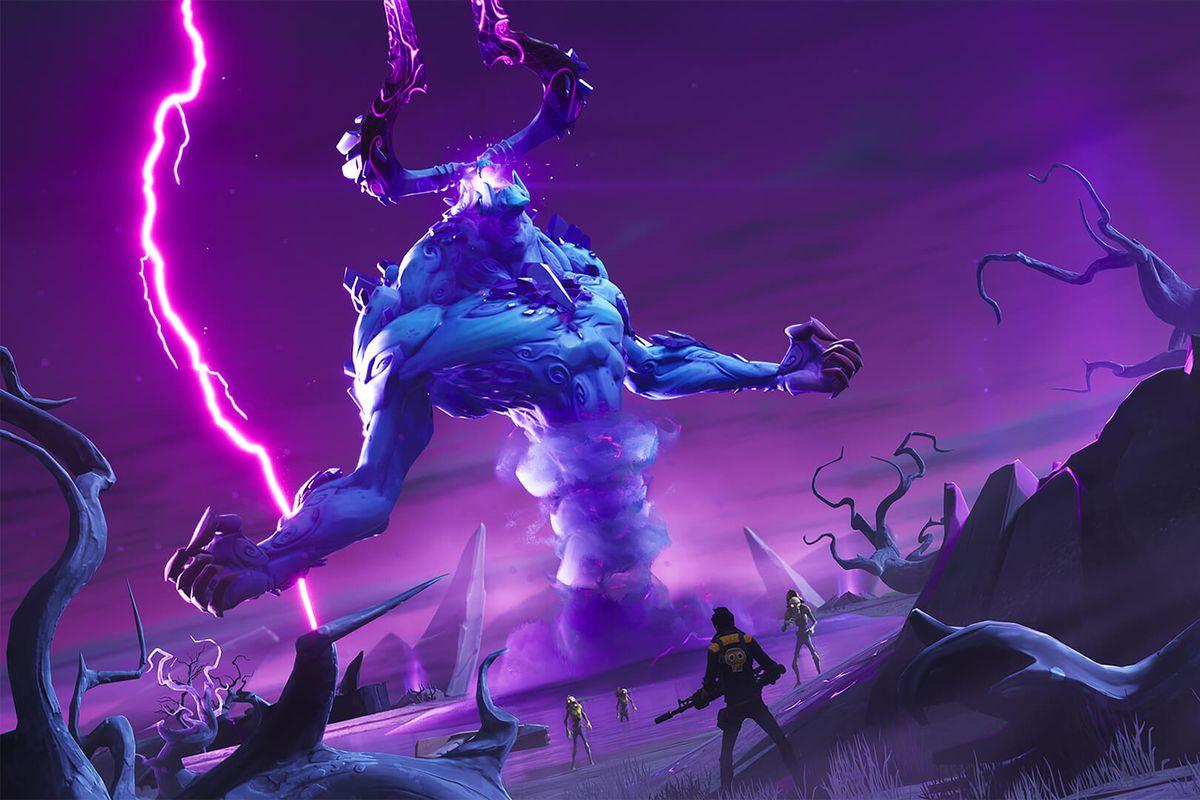 The Storm King might have a big size advantage, but it’s not too difficult to take it down.
[ad name=”article3″]

They are actually quite easy to spot, though. If you look closely at the Storm King’s body, it has a number of small gold areas which you will need to fire at. These are, of course, the weak spots.

You will quickly be able to work out just how much damage you have done to the weak spots as a damage bar will start filling up at the top of the screen. One of the Fortnitemares challenges is to reach 10,000 damage, but striking him down will take care of that. 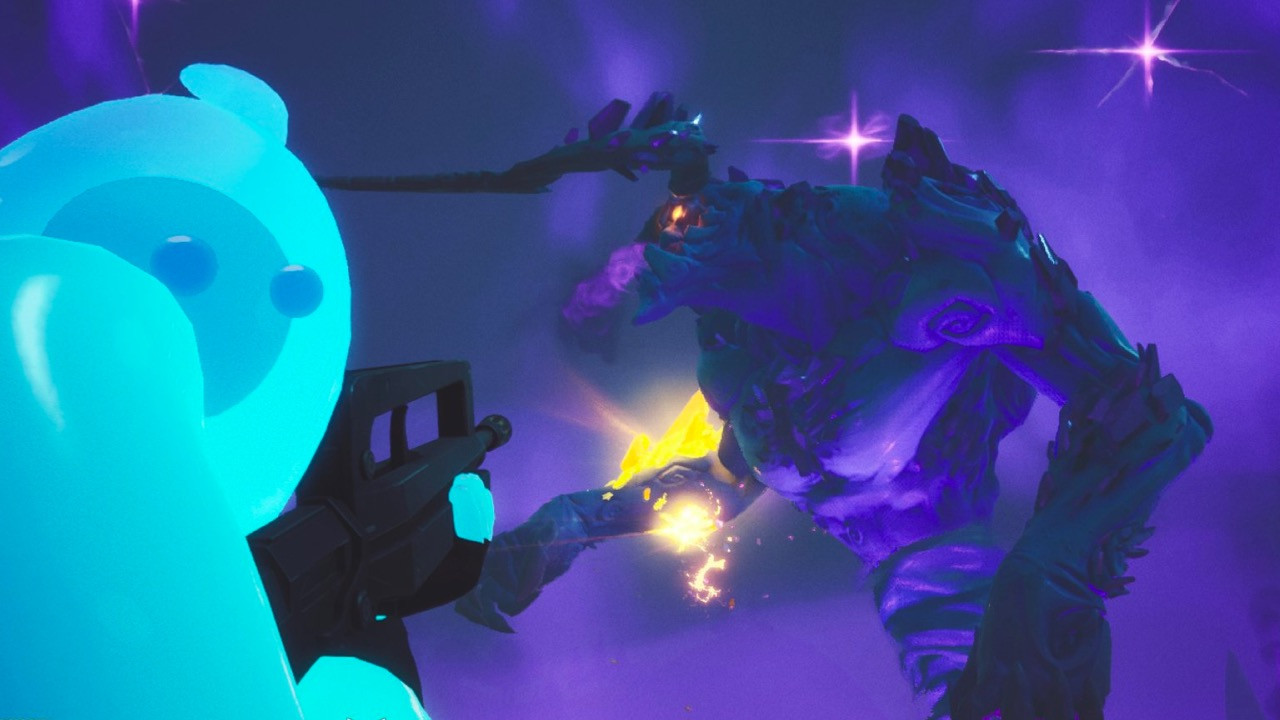 Weak spots will appear on different sections of the Storm King’s body. The gold makes them easy to spot.
[ad name=”article4″]

Next, aim at the horns

Fire at three of these weak spots consistently and you will notice that the horns – on its head – will become fragile. That’s going to be your next area to target.

Shoot at the first horn until the second one unlocks. Once both horns have been destroyed, weak spots all over its body will become fragile and everybody inside the LTM has the chance to check off the challenge. Using whatever weapon you have picked up, open fire at these gold areas until the beast falls.

Don’t be impatient, though, as it does take time. 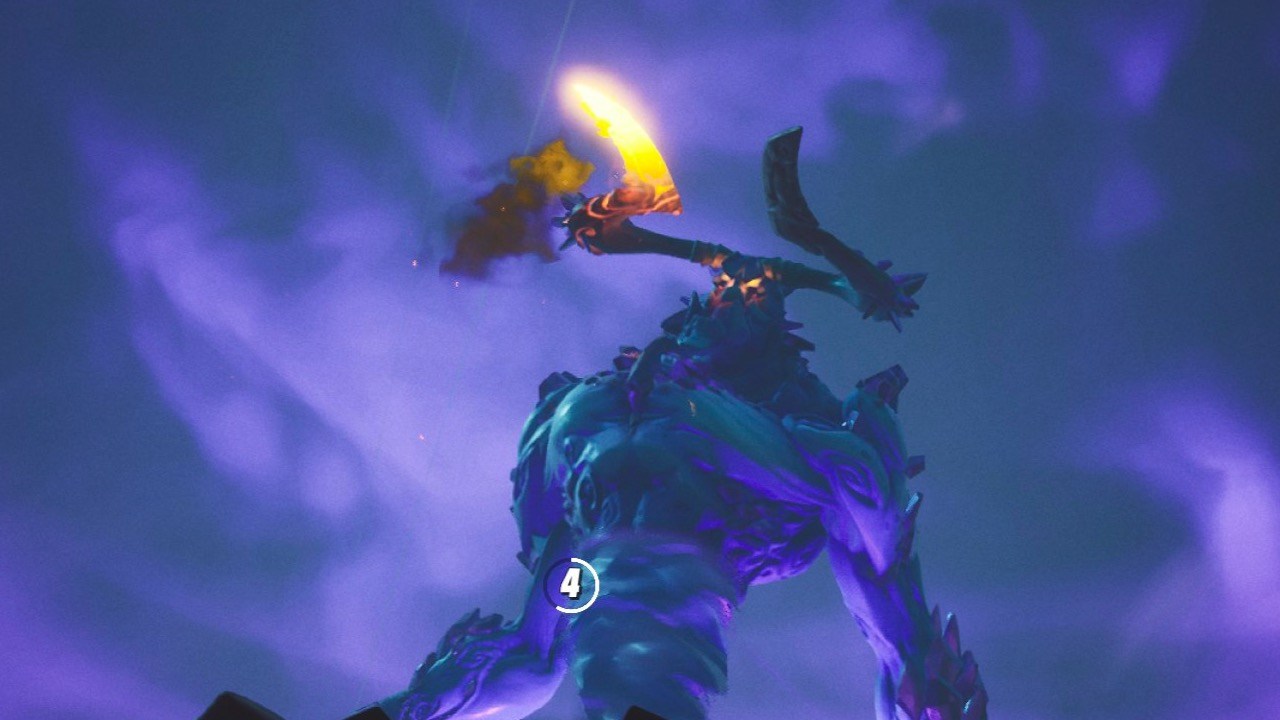 The horns will eventually appear as gold, too. Once they have been damaged, more weak spots will appear.
[ad name=”article5″]

These instructions might sound simple to follow, but it’s worth noting that the Storm King can deal some eye-watering amounts of damage with big attacks of its own. Be sure to follow these tips to help you along the way.

Good luck with the fight and hopefully, having completed this Halloween task – arguably the toughest on the list this year – your Fortnitemares challenges will all be completed in no time. For more information on the rewards, check out our guide.