Epic Games is releasing the new Fortnite Breakpoint skin and challenge pack on Xbox One, PC and PS4, and if you want to know how to get them – we’ve got you covered.

On July 18th, the company is releasing the latest skin Breakpoint, as well as a challenge pack. While it isn’t out until tomorrow, it has released early in New Zealand so we have all the details.

What’s in the Breakpoint challenge pack?

The set includes the Breakpoint skin, the Signal Jammer, and six daily challenges that can net you 1,000 V-Bucks.

The new skin has a futuristic hologram look to it, with the eyes, arms, and feet glowing blue. There is also an amazing effect where glowing blue digital particles run up the character’s leg.

The backpack bling also sports the digital looking skull that is seen on the vest. 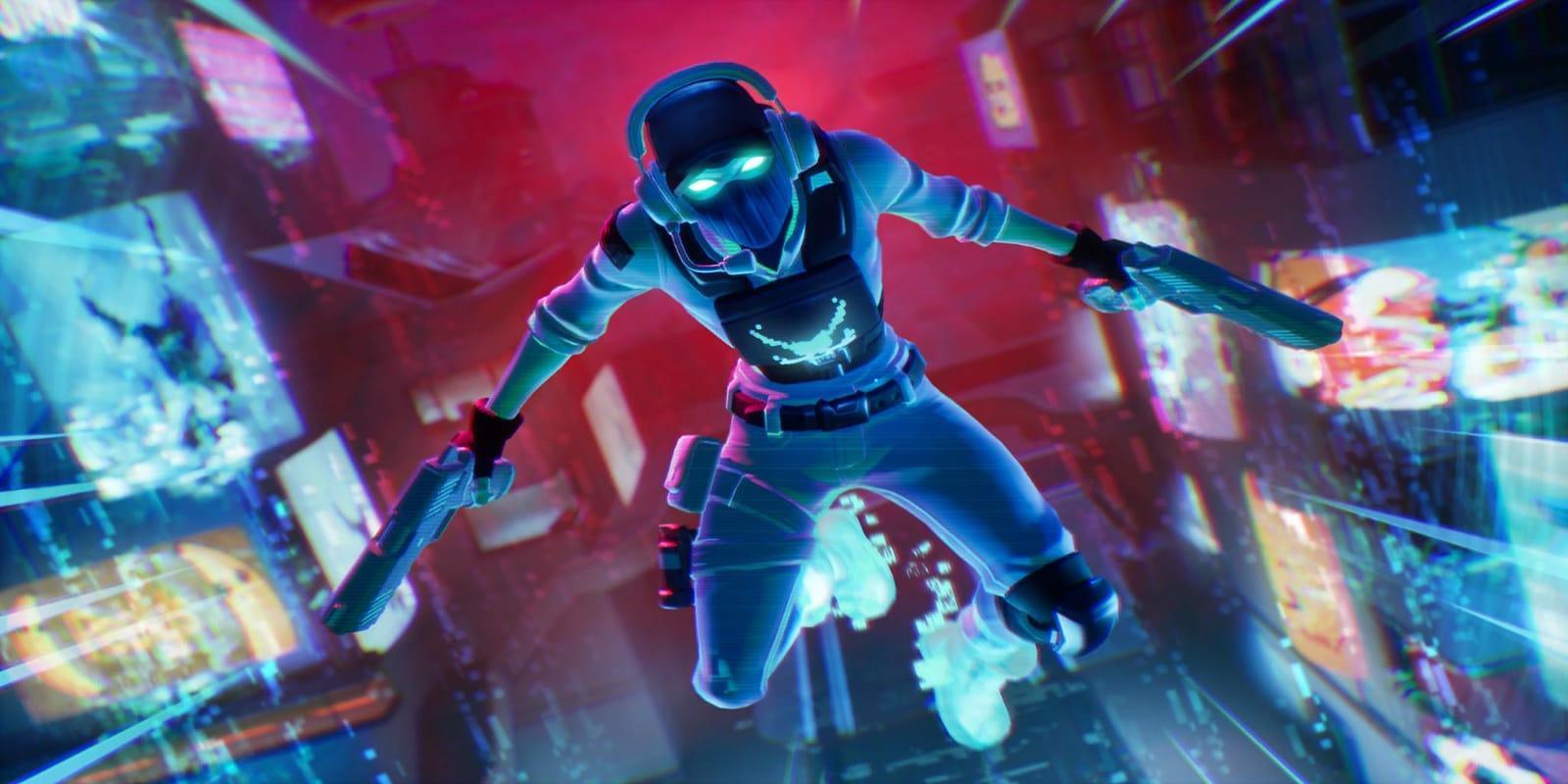 How do I get the Breakpoint skin?

To buy the new skin and challenge pack, check the Fortnite PC launcher, PlayStation Store if you are on PS4, or the Xbox Store on July 18th.

The pack could cost around $9.99 in the US, but could cost less according to infamous dataminer KrispyLeaks. The price isn’t set in stone though and is just a rumor so you’ll have to wait for official confirmation to really see how much money it will be.

The set is a good deal as the skin looks great, and it comes with challenges to net you $1,000 V-Bucks you can use for future cosmetics.

We imagine a lot of players will be eager to get this skin, because it goes well with the season’s current future-driven themes. 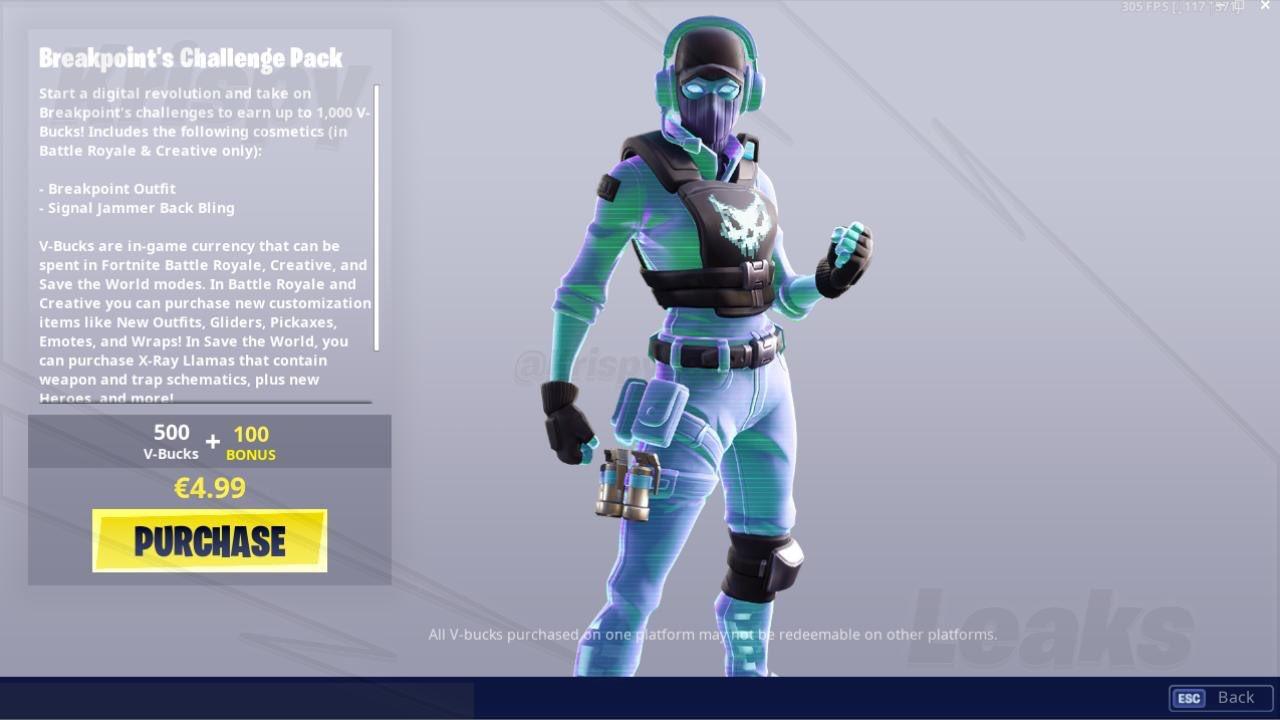 The skin could cost $4.99, but there’s been no official confirmation yet.
[ad name=”article5″]

What a great way to round out the season as it approaches its final two weeks. We’ll of course update you on the real price when the skin and challenge pack releases.