How to Find the Secret Fortnite Battle Star for the Week 1, Season 5 ‘Road Trip’ Challenge

Season 5 of Fortnite: Battle Royale will feature another multi-week challenge opportunity for players to complete and unlock a secret character.

Known as the ‘Blockbuster’ in Season 4, Epic Games implemented a set of challenges which could only be unlocked over multiple weeks after players completed various tasks across the Season.

The same principle of ‘Blockbuster’ is back in Season 5 of Fortnite, and will now be known as ‘Road Trip.’ Like Season 4, the new multi-week endeavor requires players with the Battle Pass to complete all challenges from any seven different weeks of Season 5 to unlock the ‘Mystery Character.’

However, just completing all of the challenges in a specific week is not enough to earn the Road Trip character. Once a full slate of weekly challenges are completed, a player must then find the corresponding hidden Battle Star on the map for that respective week.

Now that Season 5 is underway, the Battle Star for the Week 1 challenges has been discovered with the hint coming via the loading screen that is unlocked following the completion of the necessary challenges. 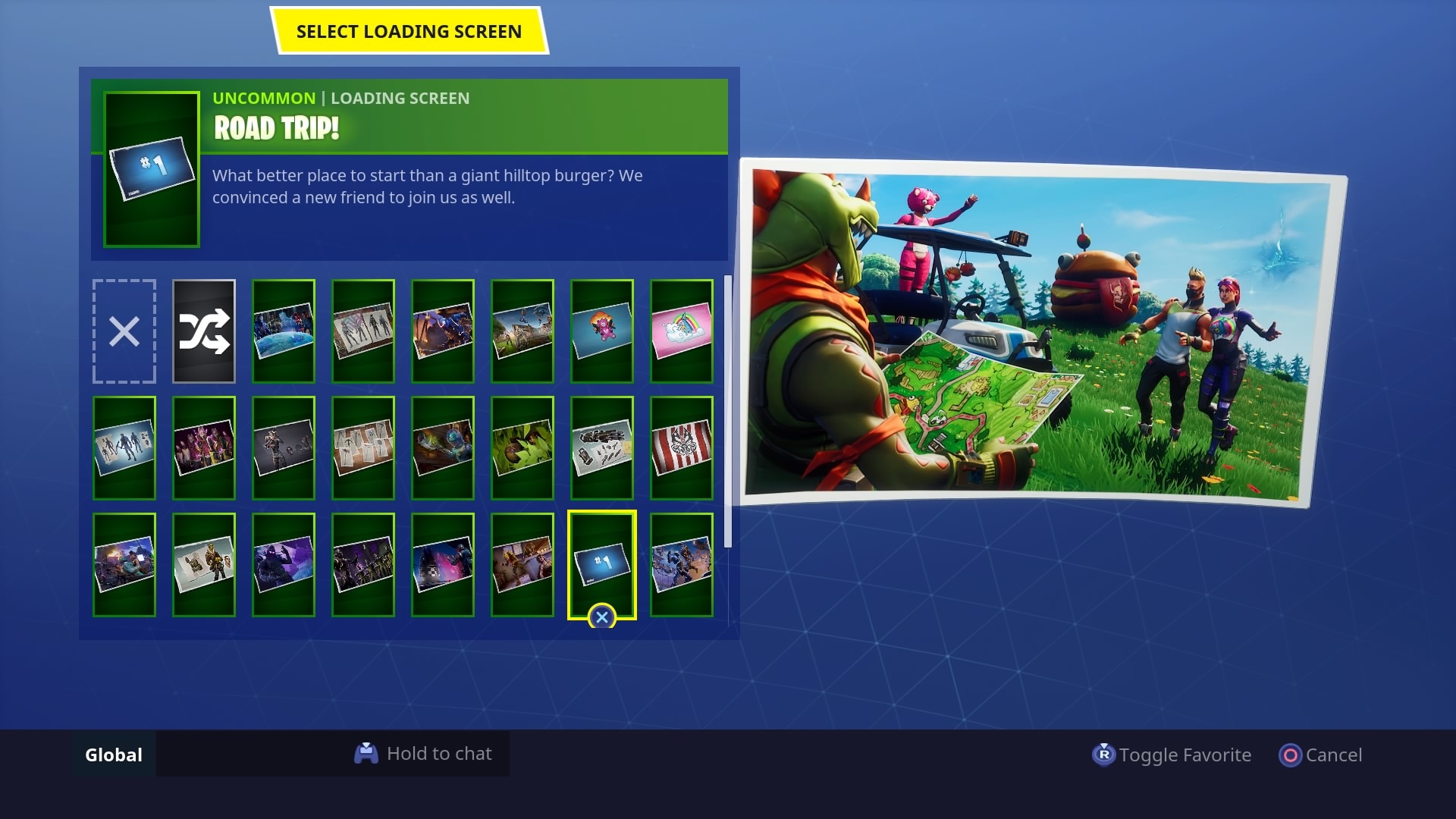 The map held by Rex in the loading screen shows that the Battle Star can be found in the ‘quarry’ between Pleasant Park and Lazy Links (formerly Anarchy Acres), with the exact location able to be viewed below in the orange circle. 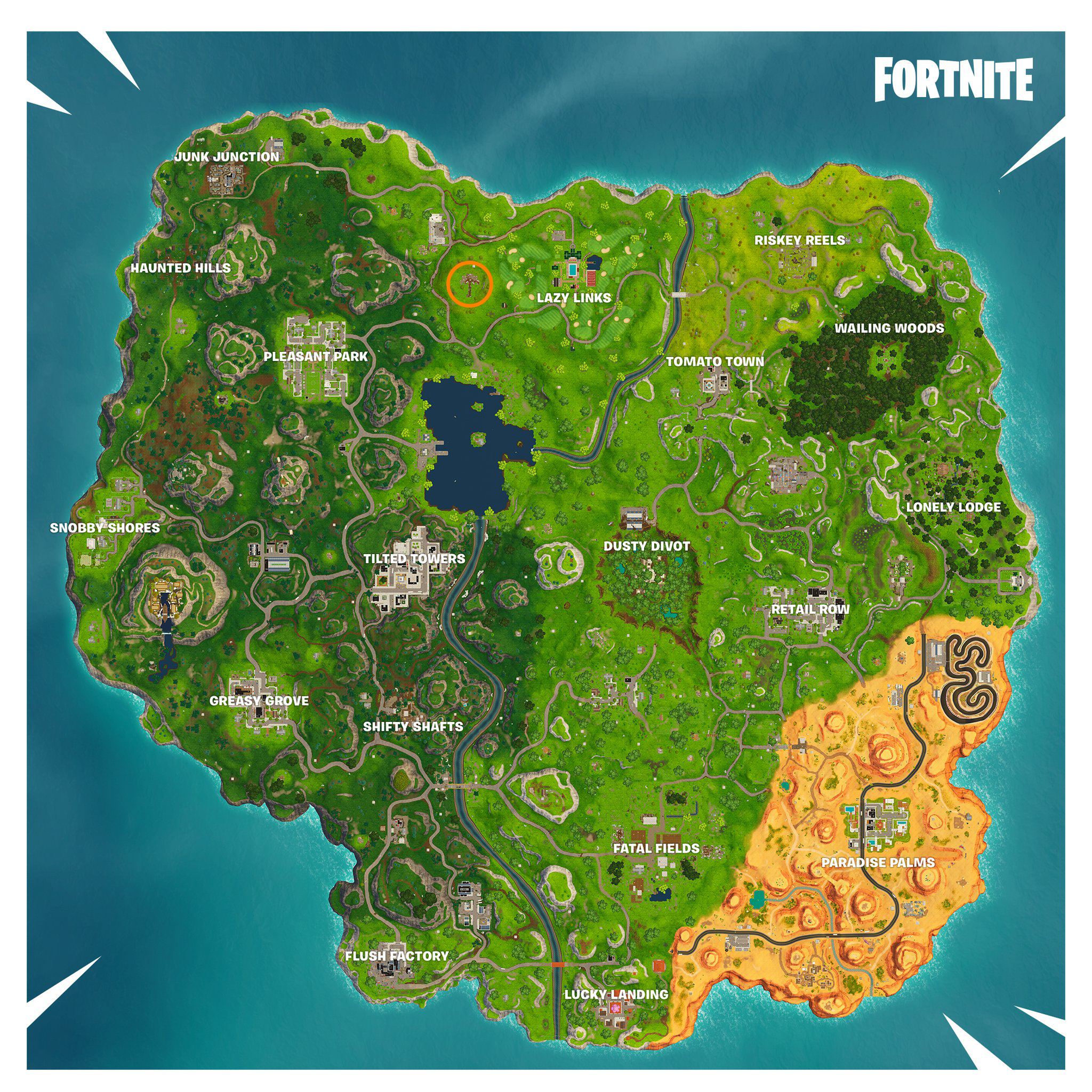 The Battle Star itself is located on the ‘steps’ in the quarry, as shown below. Just as a reminder, players must either play the remainder of the match or die in order to complete the challenge, instead of just leaving the game. 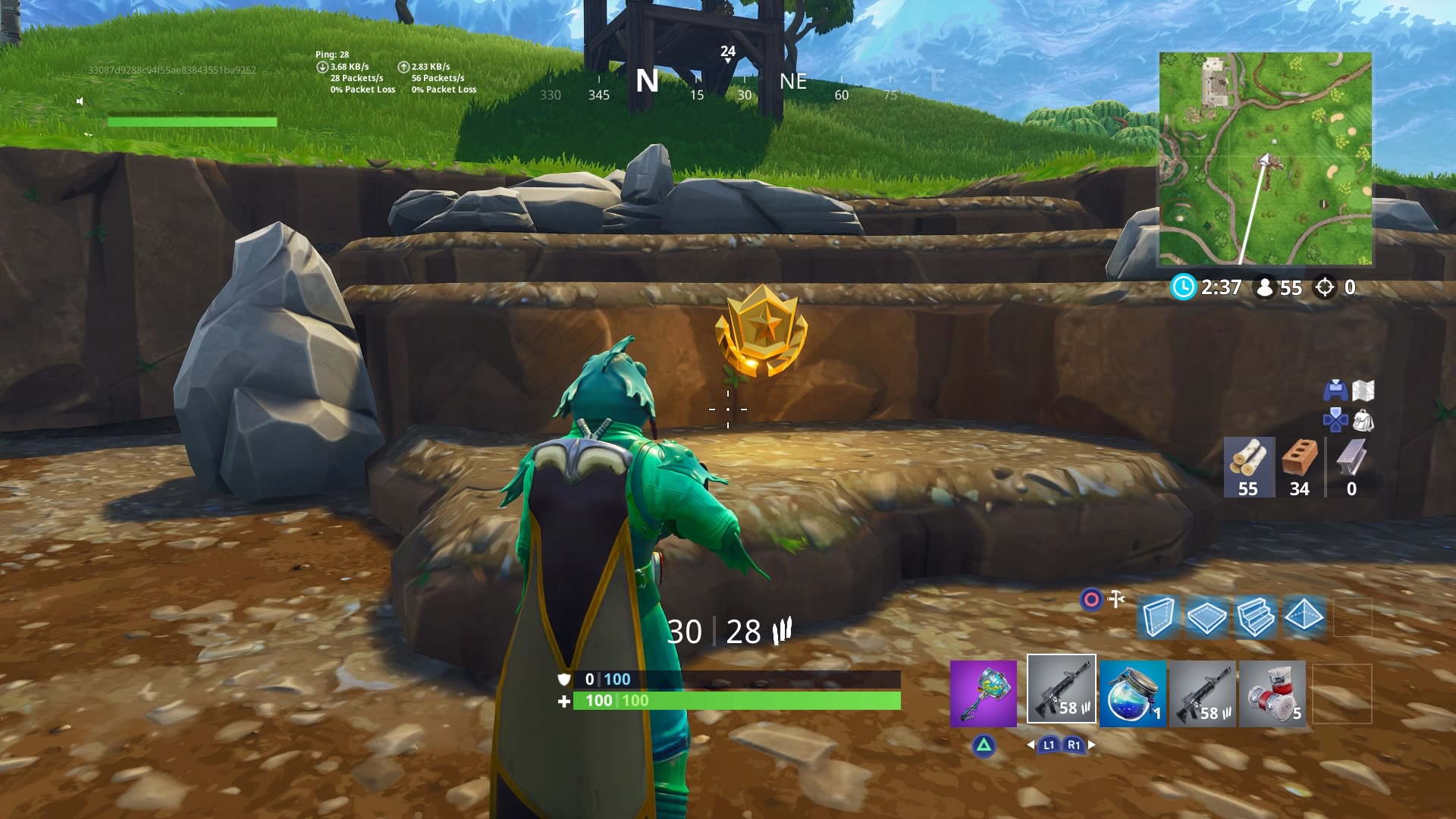