Full Roundup of ALL the Fortnite Leaks and Changes from Mega Update V5.30 - Dexerto
Fortnite

Full Roundup of ALL the Fortnite Leaks and Changes from Mega Update V5.30

After the most recent update went live for Fortnite Battle Royale, V5.30, a host of unreleased items and information was leaked by data miners.

Despite Epic Games’ best efforts to discourage data mining, more leaks than ever came out about what is coming to Fortnite, so much that it may have been difficult to keep track of everything.

For a full list of gameplay changes, new Score Royale LTM, weapon and item additions, implemented in the v5.30 update, check out the complete patch notes.

So, this is a complete round up of everything that was leaked, including skins, emotes, other customization items, new weapons, and even an in-game event, all leading up to the conclusion of Season 5.

As expected, new skins which are constantly being added to Fortnite, were discovered in the game files, complete with their names and rarities.

You can see full video previews of these skins here. 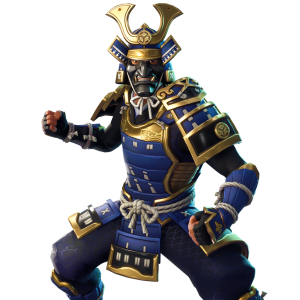 Just like skins, Epic is always adding in new emotes, with six unreleased ones leaked.

You can see full video previews of these emotes here.

A new weapon was also leaked, discovered in the game files. A suppressed assault rifle, which is also a burst fire gun:

You can view a preview and details of the leaked weapon here.

This leak is unconfirmed, but a number of data miners reported finding game files which hint towards a flamethrower of some kind and a quad launcher being added to Battle Royale.

You can view the game files here.

A new type of throwable called the ‘Shockwave Grenade’ was discovered, expected to act like a legendary Impulse Grenade.

The Shockwave Grenade’s description is simply “Toodle pip!” – so it sounds like players hit with it will be sent soaring a considerable distance.

This leak seems to hint at another major in-game live event, similar to the rocket launch from the end of Season 4, this time has something to do with the mysterious purple cube.

Sound files, as well as names such as ‘cube_slam’ and ‘cube_mad’ were found. There was also a file called ‘Rocket_BigBang’, so there is perhaps some link to the rocket launch.

A starter pack for season 5 was leaked, which includes a skin, back bling, and 600 V-Bucks.

Three in-game items, a pickaxe, a glider and a skydiving trail, have been leaked, all of which are exclusive to PlayStation players, expected to release before the end of season 5.

The challenges for Week 8 were also leaked, with some interesting new tasks to complete.

The Week 7 and 8 loading screens for completing the Road Trip Challenge each week were added to the game files too, giving a hint at the location of the hidden battle star.