Fortnite's Rift in the Sky Continues to Shrink After V5.3.0 Update - Dexerto
Fortnite

Fortnite’s Rift in the Sky Continues to Shrink After V5.3.0 Update

The infamous ‘Rift’ above the Fortnite: Battle Royale map continues to shrink in size.

Ever since the beginning of Season 5 introduced the massive rift, Epic Games has made adjustments to its prominence in the sky over the course of multiple weeks.

With the implementation of the V5.3.0 patch on August 23, players noticed that the Rift is now a fraction of its former size and may reportedly close-up entirely in the future.

The adjustment can be viewed below via /u/carrareddit from the FortniteBR subreddit. 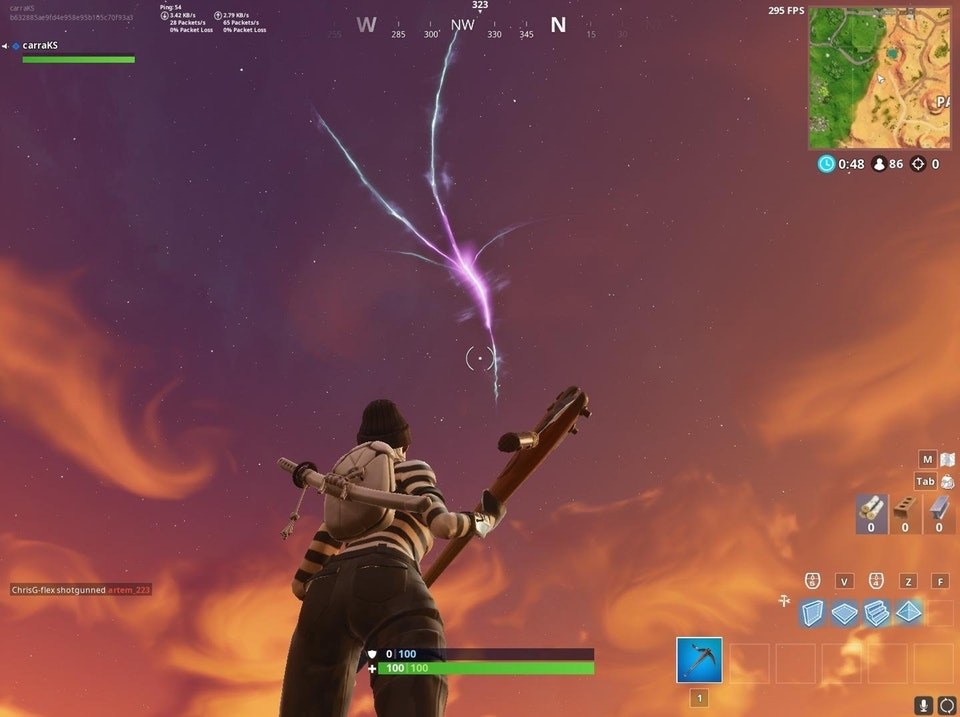 Some community members believe that the Rift shrinkage could be tied to the ‘Cube’ in-game event which was found via dataminers after the V5.3.0 patch and may feature some sort of rocket launch.

Recent leaks have suggested that Season 5 will now conclude on October 2, rather than its original end-date of September 25. Although, it should be noted that this has yet to be confirmed by Epic Games.

Epic Games has become known for their theatrics when it comes to ending a Fortnite Season, meaning that fans and players will likely need to wait and see what they have in store.

More information on the V5.3.0 update in Fortnite: Battle Royale including new additions, patch notes, and much more can be found right here.