Fortnite offers players and their friends many ways to jump into a game for endless amusement, but the battle royale’s teaming options have left some group of companions without a playlist of their own until now.

Epic Games routinely adds Limited Time Modes (LTMs) to their popular shooter to give players a new way of mixing up the fun, but their latest offering gives odd number of friends a better way to group up.

Fortnite added Trios as an LTM mode, giving players with a distinct number of friends the most integrated way of playing the battle royale.

New Trios mode will be the playlist of choice for players missing that last person for a full squad.

Epic Games recently added a quick patch to their game that was meant to resolve a lot of little problem in the game, but they casually slipped this long-awaited game mode along with the update.

Fortnite’s permanent playlists of Solo, Duo or Squads only give room for a single player, two players or 4 players, respectively. But when groups of three occur they’re usually left to play in Squads with a random player rounding out their group.

The new mode is sure to be a blessing for many players who don’t have a full part of four, or are waiting for their fourth person to get online. 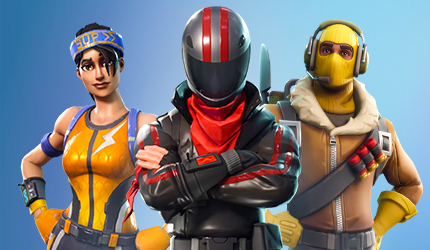 Groups of three will no longer have to put up with those troublesome random Squad fills.

The mode is already being praised by players just discovering the LTM, and are clamoring for it to be a part of the permanent playlists.

It’s unknown for how long Trios will be offered in the routinely revolving LTM playlist, so triumvirates should queue up while they can.