The eighth and final week of Epic Games’ Fortnite Summer Skirmish competition series will be taking place at the PAX West event in Seattle, WA.

The $1.5 million competition will take place from August 31 – September 3 and the majority of matches will be live-streamed on various platforms. Fortnite’s official Twitch channel has been included below, and viewers can also watch live on YouTube, Mixer, Facebook and Twitter.

Week 8 of the Summer Skirmish will be split into three Stages, and, unlike previous weeks, will be open to all PAX attendees who meet the eligibility requirements and manage to register on time.

We’re kicking things off with three Stage one heats every day, running Friday to Sunday. These will be open to the first players to register on site each day. Each heat will play a mini-series of two matches to determine placements. The top 32 players at the end of each Heat will move on the the Stage Two Nightly Qualifier for that same date.

Each evening, the Stage Two: Nightly Qualifiers will begin for all the players who advanced from that day’s Heats. The top 33 players at the end of the Nightly Qualifier will advance to Monday’s Stage Three Grand Finals.

During the Grand Finals, all players who qualified during each evening’s Nightly Qualifiers will come together in a series of matches. By the end of the six match brawl, the ultimate victor of the PAX Summer Skirmish will be Royale-ly crowned!

As usual, the competition will also feature big name Fortnite content creators and pro players, and they will apparently be placed straight into the Stage Two phase, spread out over the first three days. 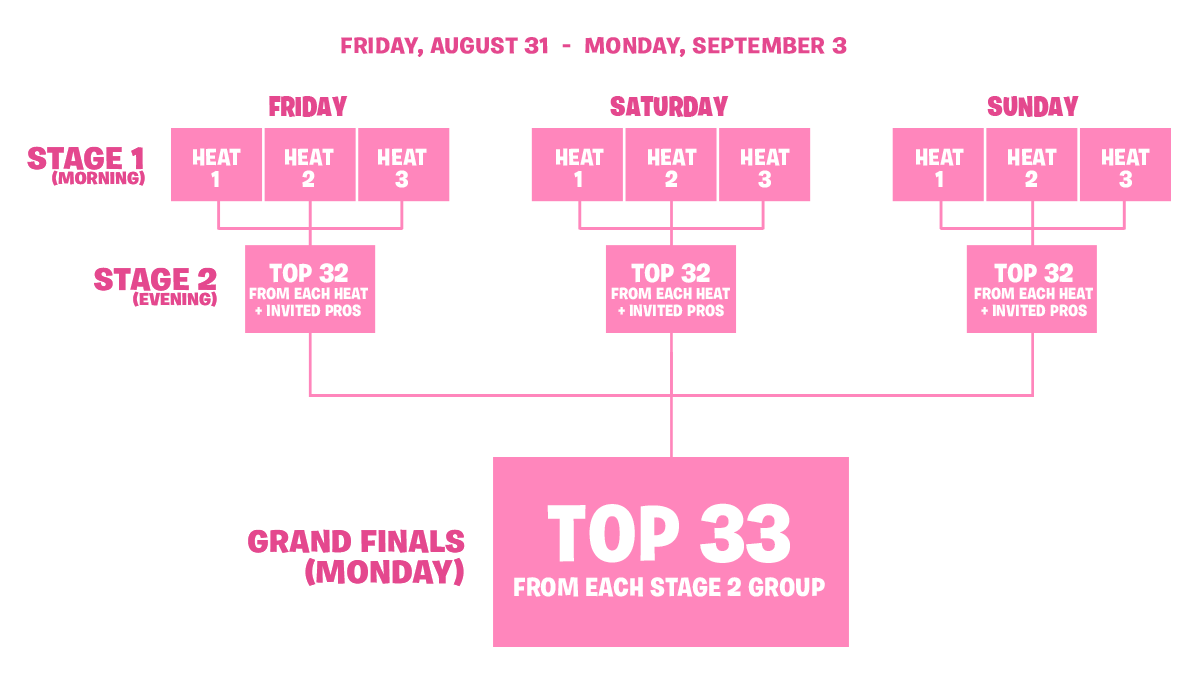 The placements mentioned above will be decided based on a specific scoring format. At each Stage, players will earn points and have their placements decided by the following system:

*These points can only be earned once per match. For example, 10 eliminations would only earn you +3 points and any additional eliminations will not add points to your score.

Those who do make it Monday’s Stage Three Grand Finals will have the opportunity to compete for an immense amount of money that will be divided based on the following prize pool breakdown. 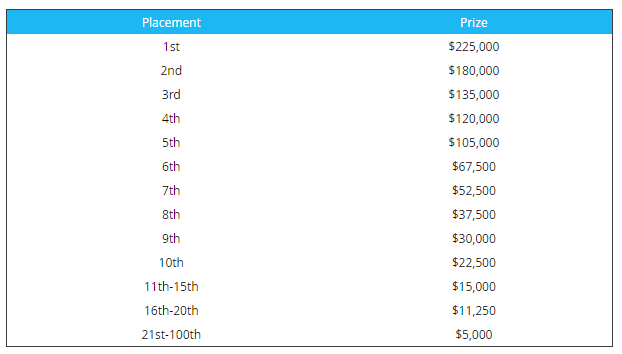 Additionally, any player who manages to get a Victory Royale in any of the six Stage Three matches, they will be awarded a $25,000 bonus.

The Fortnite Summer Skirmish is an 8-week series of competitions where Epic Games will be awarding a total of $8 million in prize money, $1.5 million of which will be handed out in Week 8.

For more details about this week’s Summer Skirmish event, including how to register, the provided inventory of peripherals, and more, you can visit the information hub here.