It’s no secret that the Hand Cannon, when used properly and with good aim, is one of the most powerful weapons in Fortnite Battle Royale.

But just how powerful is it? Because it’s not commonly seen in most players’ preferred inventories, the potential for the weapon is often never truly understood.

One player who is very confident in the Hand Cannon and its power is popular Twitch streamer Jack ‘CouRage’ Dunlop.

Playing a Squads match during one of his live-streams, CouRage went on an impressive sequence of eliminations while playing with a team that also featured Ninja, FaZe Clan’s Cloak, and Team Liquid’s Chap.

Coming up against a team of three enemy players, the streamer pulled out the purple Epic version of the Hand Cannon and put on a show.

It’s hard to put a finger on what is more remarkable about that clip – the fact that CouRage only needed three shots to eliminate the three opponents, or that he got the last elimination on target that was falling quickly through the air.

Regardless, one thing that is clear is the fact that the Hand Cannon can be a very deadly option, and as CouRage displayed in that triple-kill, it can be used to easily mow down enemy players from medium to long range. 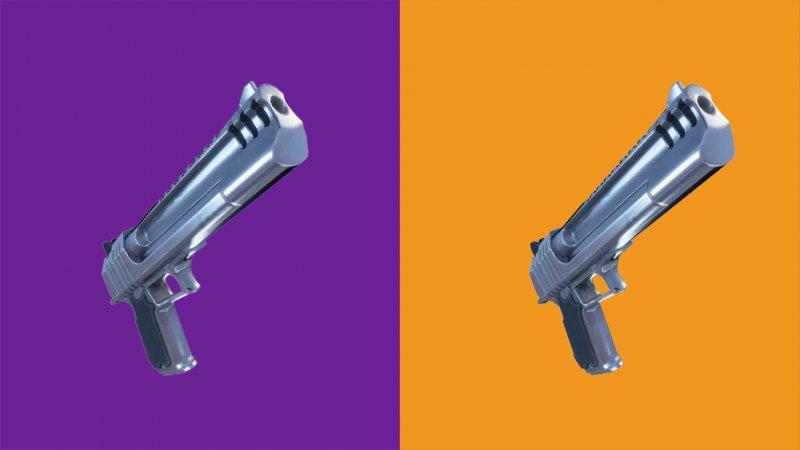 Both the Epic and Legendary rarities of the Hand Cannon can be powerful options if used correctly.

However. the Hand Cannon may not be the best choice for every player; just as with Sniper Rifles and other longer ranged weapons, using it effectively requires good aim and a strong understanding of how bullets travel in Fortnite.

But players who have mastered those aspects of the game are sure to find that the Hand Cannon is an option worth going with every time.