Ghost Gaming Fortnite pro Aydan ‘Aydan’ Conrad was given a taste of his own medicine, fresh off his ban for smurfing.

On October 1, Aydan found out his alt account on Fortnite was banned due to smurfing, which came right off a 41 elimination game.

After the match was finished, he was met with a message that informed him of his 24-hour ban. Although it was just his alt account, word quickly spread about the ban. 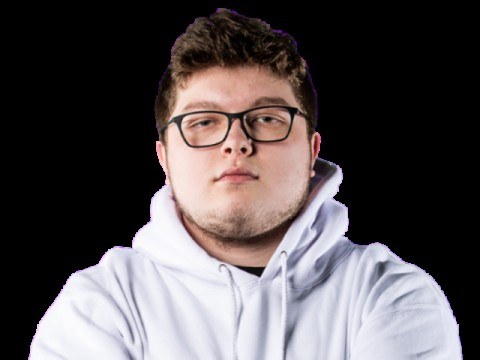 Aydan is one of the best Fortnite players out there.
[ad name=”article2″]

Many players have resorted to smurfing due to the long queue times that have been plaguing high-rank players in Arena mode.

In a game on his regular account, Aydan was eliminated by a player named “GeT sMuRfEd KiD” which could just be a simple coincidence, but the fact he was taken out of the game by him makes it even funnier.

Aydan even got a laugh out of it, showing there are no hard feelings to those who feel the need to troll him over what happened.

Long matchmaking times have turned into a major issue in Fortnite and it seems like the developers don’t have many answers on how to solve that. As a result, players have turned to smurfing in a way to entertain their viewers and keep playing the game.

It’s been a common problem in the Arena playlist, but with it being the only mode with siphon, some players have been hesitant to play in normal lobbies. Until a proper fix is implemented, smurfing will continue to be an issue.

Regular lobbies do has skill-based matchmaking now so even if you can’t find a match in Arena, you’ll still run into some solid players outside of that.

Perhaps Season 11 will be able to provide a solution to the long queue times. The current season ends on October 13 and we’re likely looking at a new season right after.