Season 4 of Fortnite: Battle Royale went live early on May 1st after weeks of the insane hype and anticipation that was built towards its launch.

It seemed as if the entirety of the online gaming community was discussing the new Fortnite season, going to show how much of a phenomenon the popular BR game has become.

A major reason why the game has become so popular is that developer Epic Games has consistently added new content to the game, including outfit skins, pickaxes, back blings, and emotes.

Season 4 has already proven to feature loads of new in-game content and cosmetic items that are sure to make Fortnite an enormous profit throughout the ten week period.

However, it appears that some players have access to content that has not yet been released and never seen before.

Reddit user ‘Joshua51423’ posted a video that features a player in the pregame island of Fortnite that had an unreleased dance emote and pickaxe.

I found a guy in the lobby with a unreleased Dance and Pickaxe. from r/FortNiteBR

The dance appears to be the ‘Freestylin’ emote that was leaked as one that was coming to Fortnite in the near future. 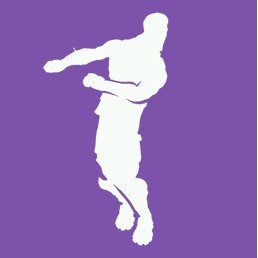 The Pickaxe seems to be the one called ‘Tenderizer,’ also one of the cosmetic items that was leaked but not yet officially released.

While the identity of the player is not known, it would appear that he is an employee or game developer from Epic Games, as they would most likely have access to content and items that have not yet been released.