A major new Fortnite leak has surfaced, showing unreleased cosmetics for Halloween – including the much anticipated Skull Trooper skin.

As soon as Halloween decorations began being spotted appearing on the Fortnite map, fans immediately began to speculate that the Skull Trooper skin would come back.

It was only available for a short time during the Halloween season in 2017, and so became a rare skin, a sign that a player had been playing Fortnite Battle Royale since release.

The leak comes courtesy of @MystxcLeaks and @The1Jaren, who have somehow devised a method of seeing future releases coming to the Fortnite shop.

They do not have images for all of these new cosmetics, as they are not yet in the game files, but they have share an image of the Skull Trooper being shown as a featured item, as well as a new ‘Ghost Portal’ back bling.

The Ghost Portal was actually leaked a number of months ago, but has never seen the light of day in game. 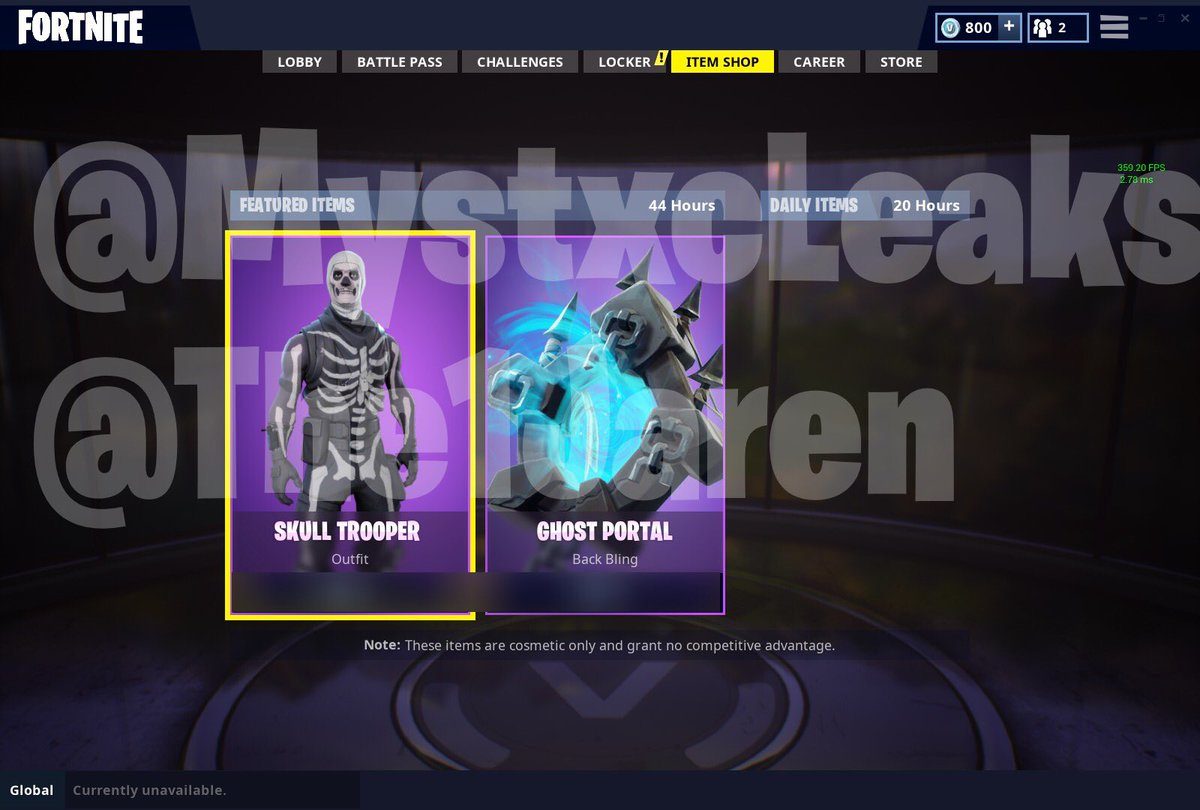 This leak does not state when these cosmetics will be available in the store, and Epic Games could always change plans in the mean time.

It is expected that they will be added in an upcoming content update, sometime before the end of October.