Fortnite fans have been having a blast with the game’s latest vehicle, The Baller – but some players have found a glitch that sends them to new heights in the game.

The Baller was introduced in the game’s 8.10 patch on March 12, and is a single-seated vehicle with a grappler attached to its outer shell. Though the attachment was meant for extra mobility, it’s letting some players travel outside the map.

Twitch streamer Timthetatman posted a clip that showed him using the volcano in tandem with the Baller to launch himself skyward, but he wasn’t expecting to break Newton’s third law of motion. 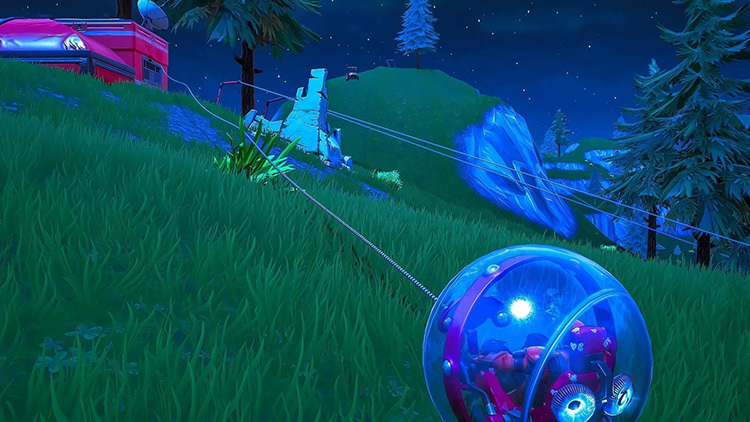 More glitches are sure to pop up as players experiment with the new Baller.

After launching himself ridiculously high in the Baller, Tim suddenly noticed he wasn’t coming back down. Instead, his character found a new home in the sky.

“Bro, I’m out of the map right now,” Tim said in astonishment. “What happens if you do this…”

Tim then exited the vehicle and used his Glider Redeploy to experiment with the bizarre new bug.

After he saw no change, he began to wonder if he had developed a new strategy, saying, “This is the new strat. I’m above the map, not moving. This is it. New meta, Chat. Who needs a skybase when you have this.”

The glitch still let him drift toward the closing zone, but after about three minutes of idling, he finally started to descend onto the map.

It’s unknown if the glitch can be reproduced, but Tim thought that if it wasn’t for him moving around while stuck, he could have possibly stayed there until the end of the game.