Epic Games recently put the Counterattack bundle for sale in the Fortnite item shop, despite it previously being part of a bundle with Nvidia GPUs.

Fortnite and Nvidia recently teamed up by offering an exclusive bundle called the Counterattack bundle which was available for those who purchased a select Nvidia GPU.

Recently, that previously exclusive bundle has popped up in the item shop which has rubbed players who obtained the bundle as part of the GPU deal the wrong way.

This information was first reported by a user on Reddit who uploaded the screenshot of an email. We have since confirmed with Epic Games the information is accurate. 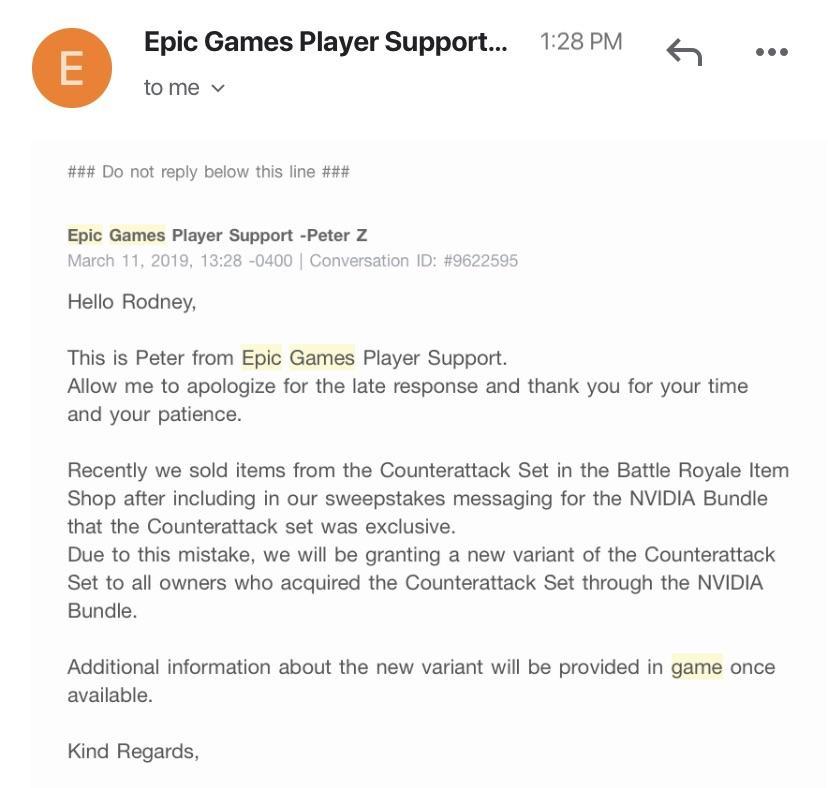 By offering a different variant, it might feel a little like when Epic Games offered a purple variation of the Skull Trooper skin if you were an early adopter.

The initial bundle included the following: 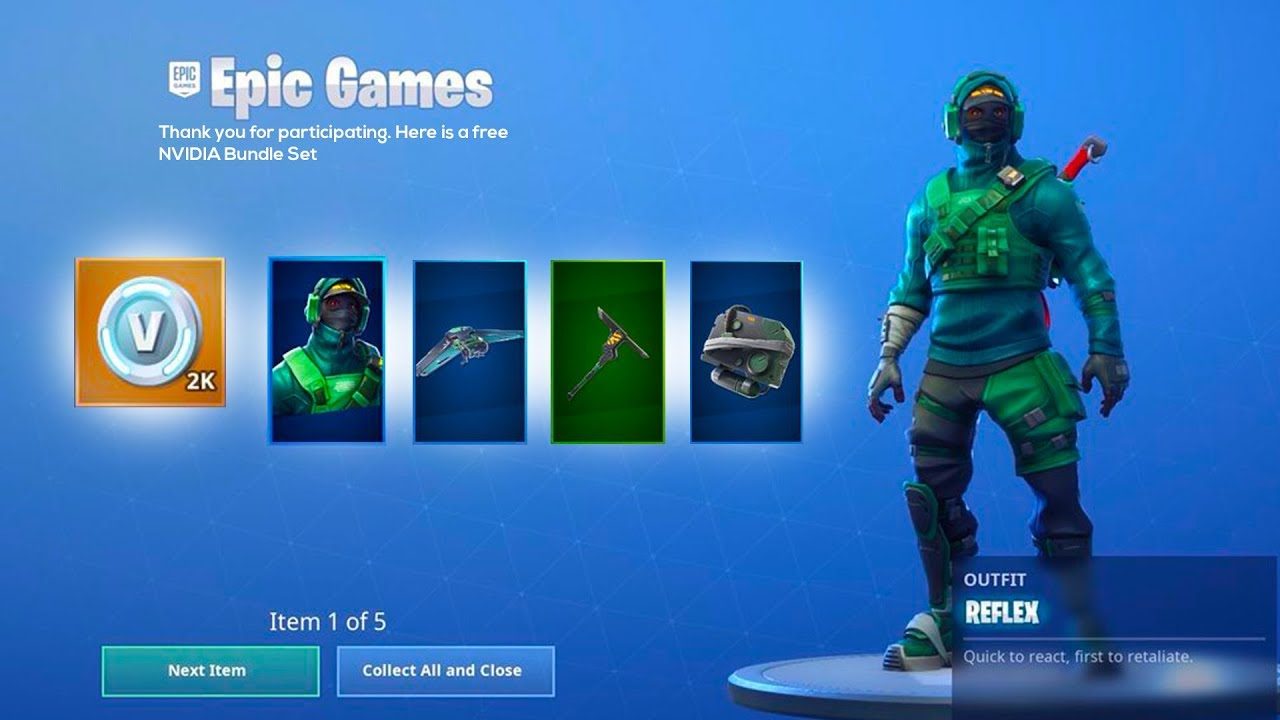 We don’t yet know when the variants will become available but if the above email says Epic Games will let players know in the game.

It is still unclear as to what the new variant will look like. If the Skull Trooper is anything to go off then we can probably expect a color change.

You can read more about the bundle and purchase a new GPU with this link here.

The current offerings of GPUs in the bundle are being sold off as Nvidia sets its sights on the new line of RTX GPUs and the newly released GTX 1660Ti.