Fortnite Challenges for Season 5 Week 1 Have Been Released

Season 5 of Fortnite Battle Royale started on July 12th and Epic Games are wasting no time in releasing the first set of challenges for players to start their long grind to the top of the battle pass tiers.

And for those without the battle pass, there is something on offer here too, with the first three challenges can be completed by free users too.

As in previous seasons, the weekly challenges will reward players with bonus XP and battle stars which are vital if you aim to climb the 100 tiers before the end of the season.

But there is also an added incentive in Season 5 to complete the all the weekly challenges, with the all new ‘Road Trip’ challenges requiring to complete seven weeks of challenges to unlock a secret skin.

This is Season 5’s equivalent of last season’s ‘Blockbuster Challenges’, which similarly tasked you with completing all the weekly challenges over the course of seven weeks.

So, for Week 1 of Season 5, here’s what you’ll need to get through. 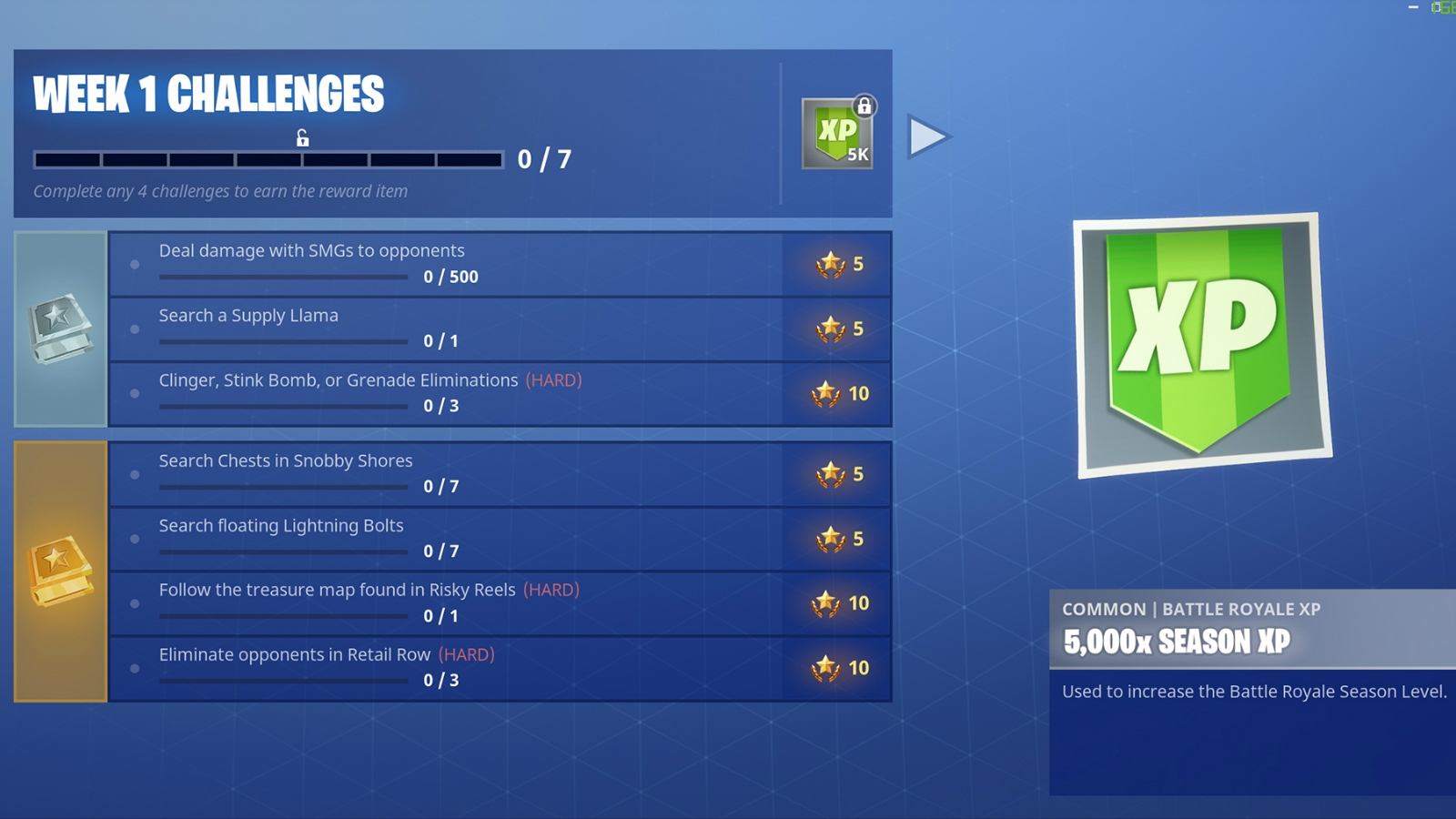 Both of these sets of challenges will unlock an outfit upgrades and finally epic pickaxe, and simply require to to gain as much XP as possible, with new upgrades unlocked at certain XP milestones. 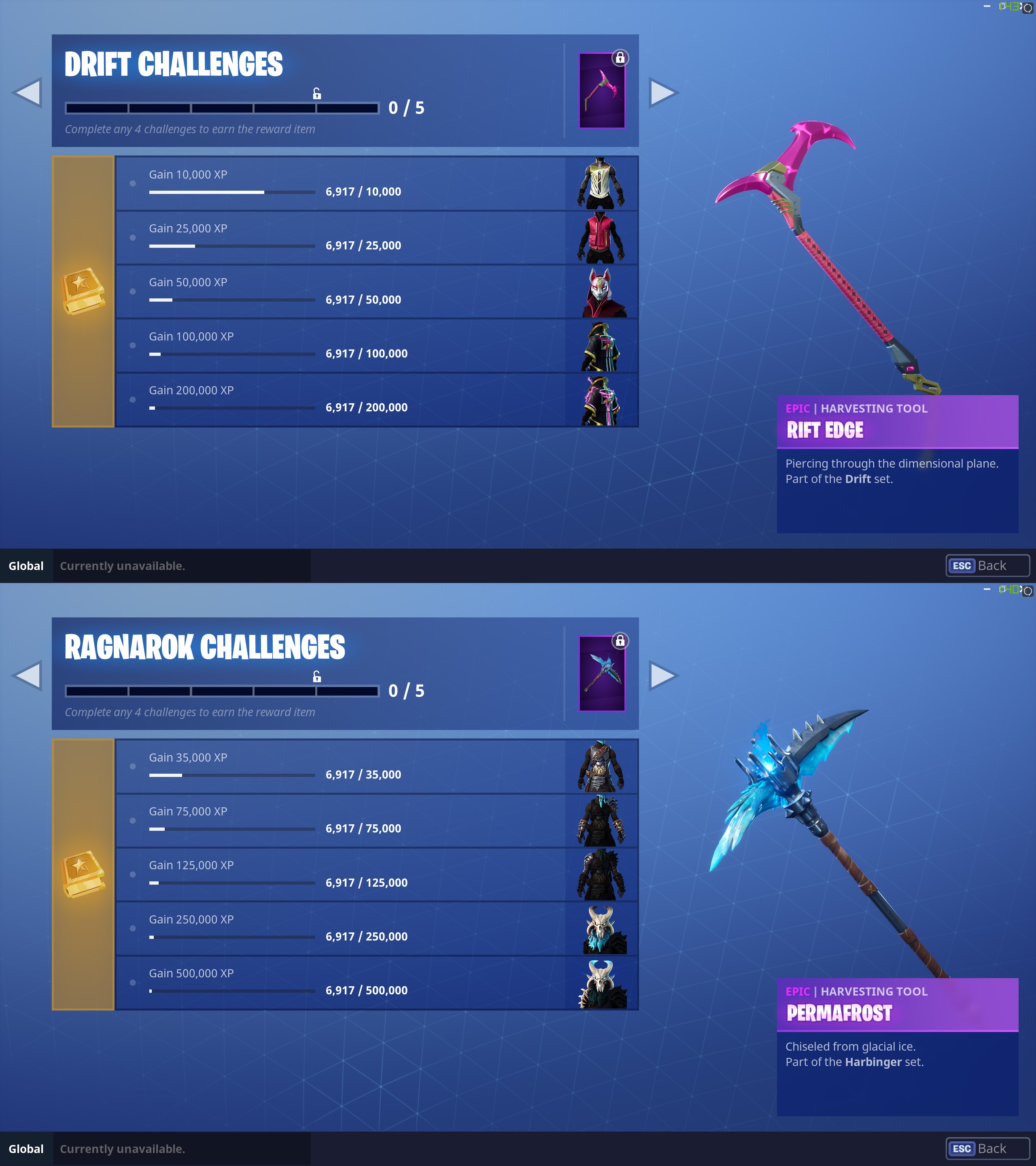