Fortnite ‘Assassin’ LTM Concept is Unlike Any Mode Before It

A Reddit user created an ‘Assasin’ Limited Time Mode concept for Fortnite: Battle Royale which would be unlike any LTM introduced in the past.

With Solos, Duos, and Squads being part of the cemented playlists in Fortnite, new ‘Limited Time Modes’ are often introduced by Epic Games on a weekly basis in order to keep the game fresh.

LTM’s typically have some sort of unique spin to them, and typically offer a different style of play or overall model than regular modes with Epic Games testing out a collection of ideas in-game.

The developer has maintained a strict schedule of updates and patches since Fortnite’s release in 2017, and listen to community feedback whenever possible to ensure the best gaming experience for players.

A Reddit user by the name of ‘hhreplica1013’ threw their hat into the ring of potential Fortnite LTM concepts by creating a mode titled ‘Assassin,’ which would be a one-of-a-kind addition by assigning each player with a specific ‘target’ that they would need to hunt down. 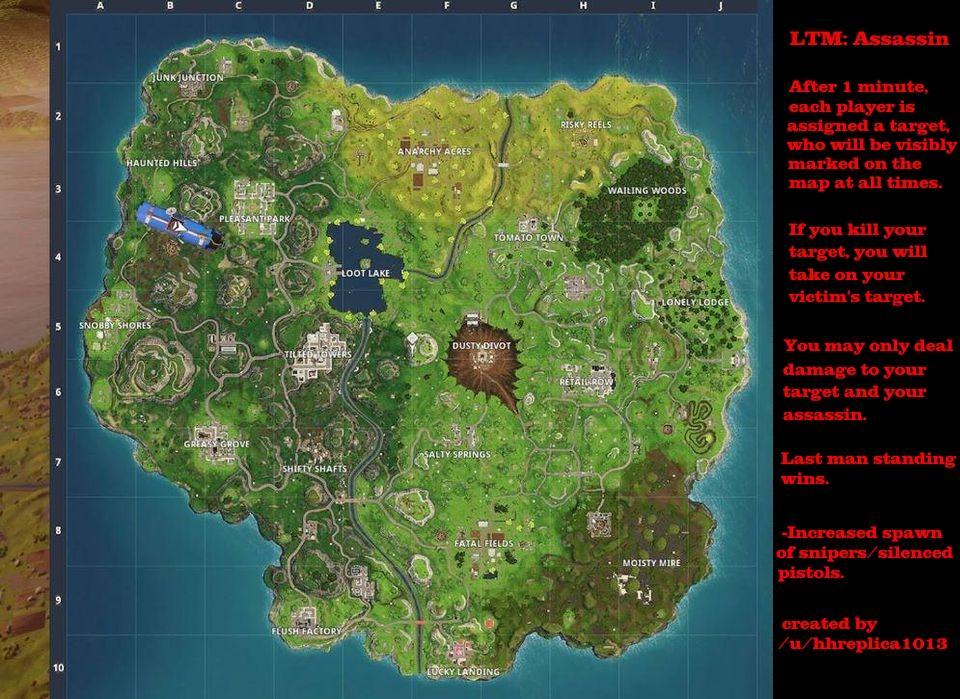 While Epic Games has used community-made concepts in the past, it is unknown if the Assassin mode will be added in the future.

Who is Sidequest Therapy on TikTok? User deletes account after “trauma dump” video