While casual play and Team Rumble alike, may differ from the more focused Arena playlist, a new set of data has revealed the most sought after weapons in the competitive mode.

As the Fortnite community grows agitated over snipers, and powerful new additions appear to be on the horizon, here’s a full rundown on the most popular weapons in the game today.

These are the weapons that players are finding the most success with in Fortnite.

Pulling data from “thousands of matches” over the past seven days, Reddit user ‘Tough-Definition’ shared a compilation of statistics from NOVOS on each and every weapon currently in the game, and highlighted which loadouts are the most frequently utilized.

Dominating the chart is the shotgun weapon type as both the Tactical and Pump shotguns combine for a whopping 55.5% of all eliminations in the Arena playlist.

“Less than 1%” of the chart consists of niche weapons like the Harpoon Gun, Minigun, Pickaxe, and more,” the numbers wizard revealed with his stats. 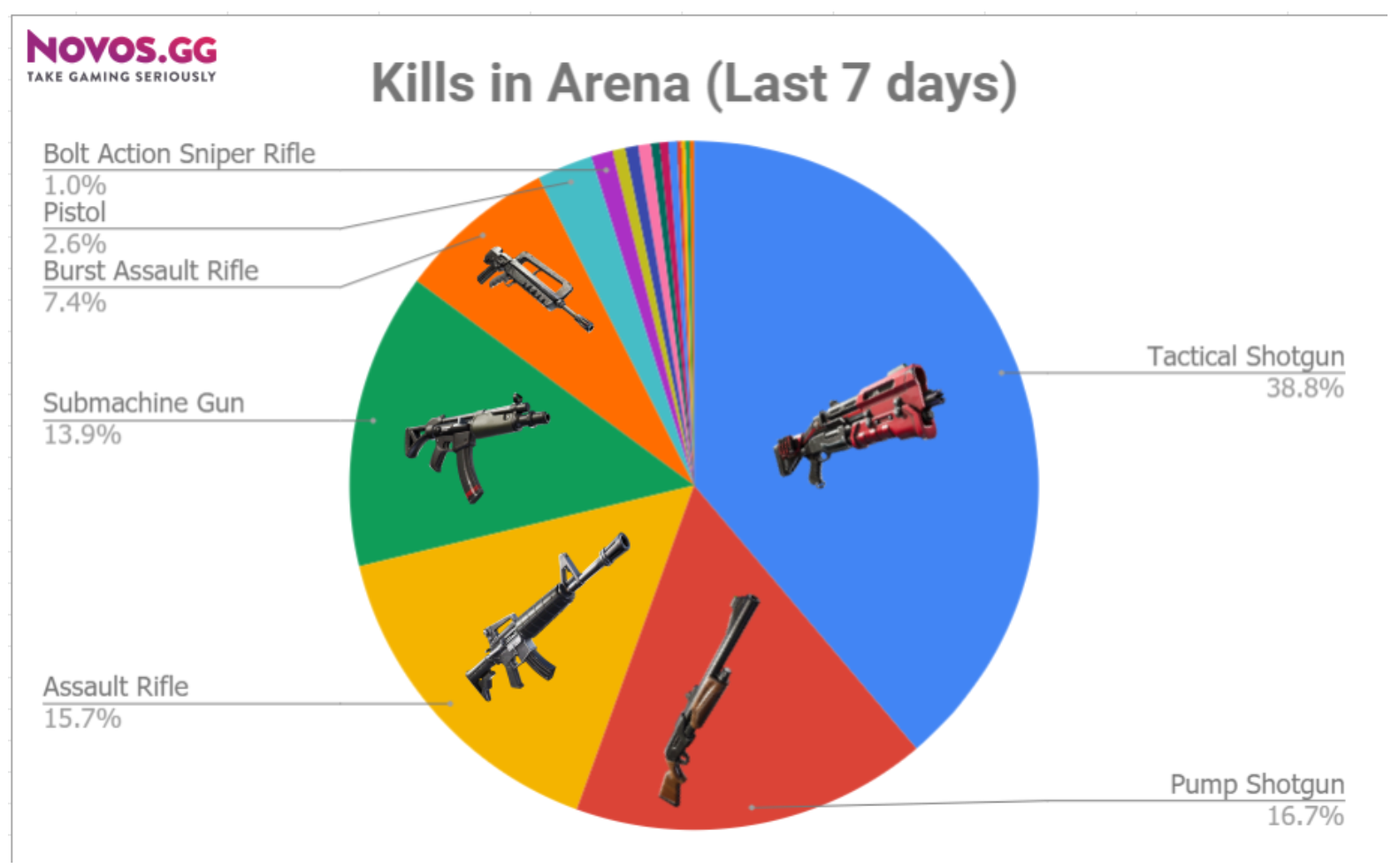 The complete breakdown by NOVOS.[ad name=”article2″]

Assault rifles, submachine guns, and burst rifles combine for 37% of overall Arena eliminations, indicating that alongside shotguns, close to mid-range engagements are by far the most common in Fortnite.

The bolt action sniper rifle does man an appearance on the chart, however, the long-range weapon comes in with a mere 1% of kills.

Of note, however, all data collected throughout this assessment was pulled directly from PC matches only. The console and mobile experience may differ slightly in terms of the most widely utilized weapons, however, the overall focus on close-range firearms is likely to remain consistent across the board.

Developers at Epic Games are obviously keeping tabs on similar data as they balance the game week by week.

Perhaps with close-range gunfights completely dominating the game at this point in time, we’ll be in for some potential buffs to long-range equipment.

With plenty of new weapons seemingly right around the corner, the meta could be in for a serious shakeup over the coming weeks as Season 2 continues to deliver fresh content.