There’s a new means of mobility on the Fortnite Battle Royale map for Season 7, allowing players to attach themselves to magnetic ziplines, while still able to fire their weapon.

The ziplines can be the perfect escape when in a pinch, or even used for aggressive plays when you want to push up on opponents fast and surprise them.

You may actually be surprised at just how many zipline spots there are following the map update with the v7.00 patch, and knowing the location of all them can be very useful.

Epic Games will also almost certainly try to incorporate these ziplines into some of the weekly challenges, perhaps tasking players with using several in a single match.

Thankfully, a Reddit user has put in the time and effort to draw up a map showing the location of every zipline on the map, so you can quickly head to the right spots.

The majority are in the new snow biome, but there are plenty of other zipline locations dotted around the entire map. 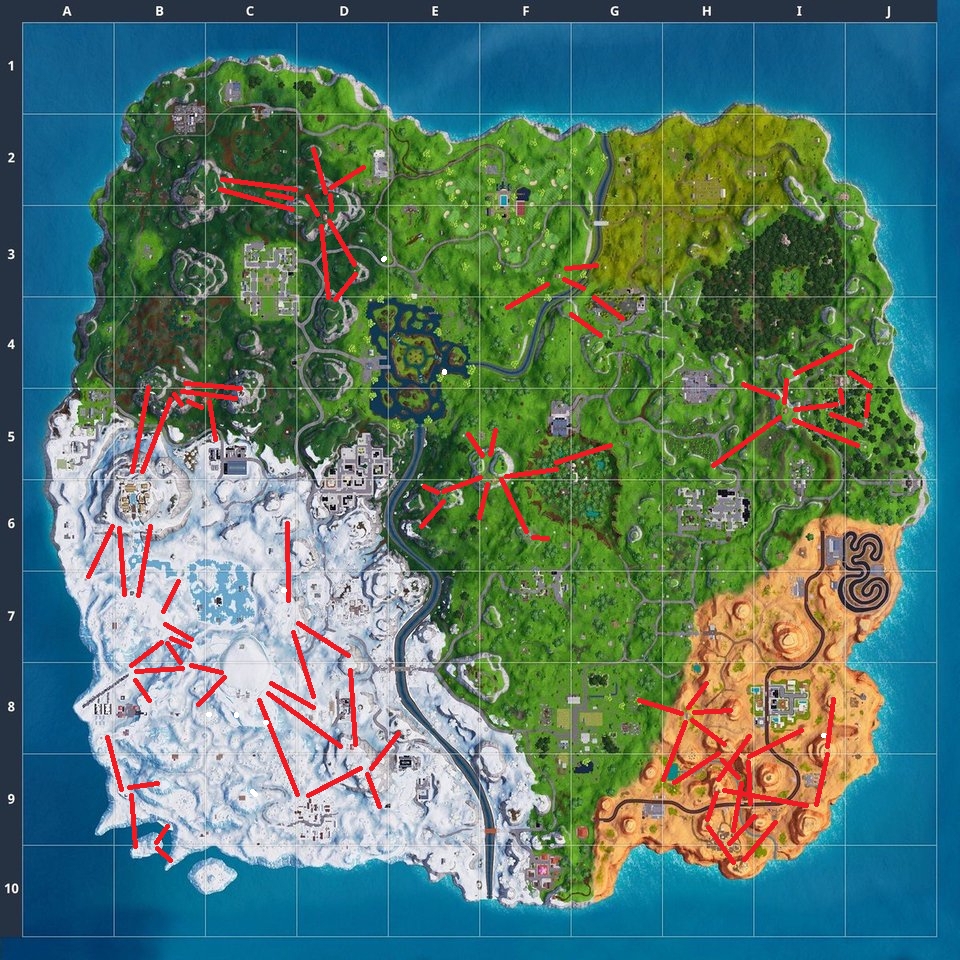 Unfortunately, a few early glitches were discovered with the ziplines, even launching players far out of the map, but Epic will no doubt be patching these bugs quickly.

With all the changes to the map, some locations of other items, such as rifts and vehicle spawns, have had to be adjusted, you can see the map for rifts here.