It appears that Microsoft have updated the Xbox One Dashboard early by mistake, as a Fortnite advertisement has revealed visual details about the upcoming Season 8.

Late in the evening on February 27, just hours before Season 8 was expected to go live, Xbox One users began reporting that a Fortnite ad on the Dashboard contained a brand new image of the upcoming Season.

The image features a three characters in front of a golden background, all of whom have never been seen before in Fortnite as either Battle Pass or Item Shop outfit skins.

The character in the middle is a dark-skinned female with dark hair, folded arms, golden pants, and strange gold marks on her arms. To her right is a fist-clenching being wearing a gold tiger mask and green jacket. The third character is a ninja-like warrior clad fully in red armor with a white dragon on the chest-plate.

Written across the bottom of the advertisement image is “Fortnite Battle Royale Season 8 is here.” 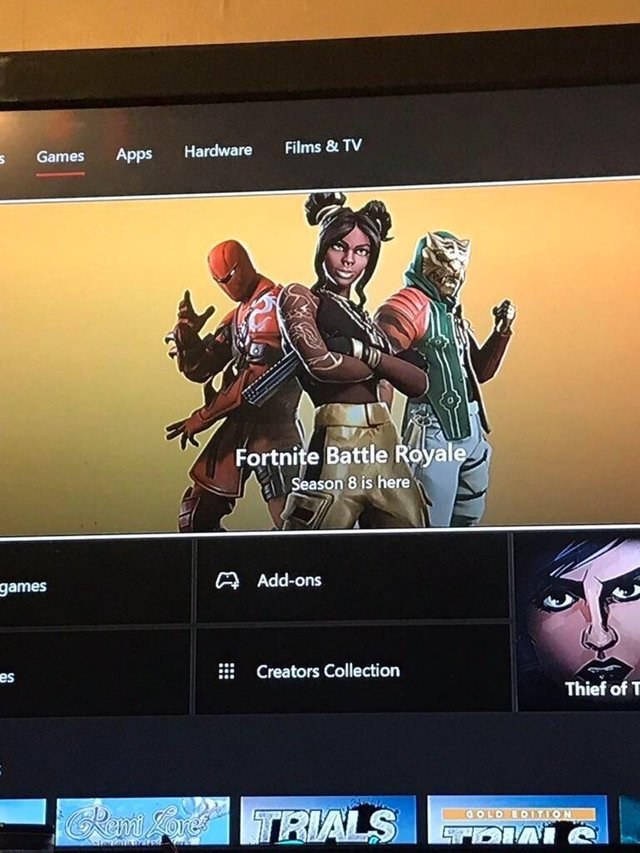 Another image of the Xbox One Dashboard, taken in a different country, features a slightly different variation of the same ad, giving an even better glimpse at all three characters.

While it’s always best to wait for confirmation before getting too excited about things like this, there is a strong evidence that these characters will be available via the Season 8 Battle Pass.

For one, elements from the image have been seen in the Season 8 teasers that have been released over the past few days, most notably the tiger mask and the white dragon.

Also, this isn’t the first time that Season 8 details have been accidentally released early on the Xbox Dashboard; a similar event took place prior to the release of Season 5, and the outfit skins shown in that image all ended up being from the Battle Pass.

For more information about Season 8, including the exact release time, details about downtime, confirmed additions and changes, and what else to expect, check out our Season 8 info guide.

Also, make sure to follow us on Twitter @Dexerto as we will be posting the full patch notes, breakdown of all changes, any and all leaked content, and more, once the v8.00 update goes live.