Fortnite’s 14 Days of Summer is coming to an end and one of the final challenges includes finding a tiny rubber ducky, but it’s too hard to complete for some so it is being fixed.

Searching for an object in a certain part of the map has never been much of an issue for Fortnite, but with everyone searching for a single rubber ducky each game has proven to be very problematic.

While some players will be able to snag it really quickly, others will have to play numerous matches to figure out how to get the duck first. 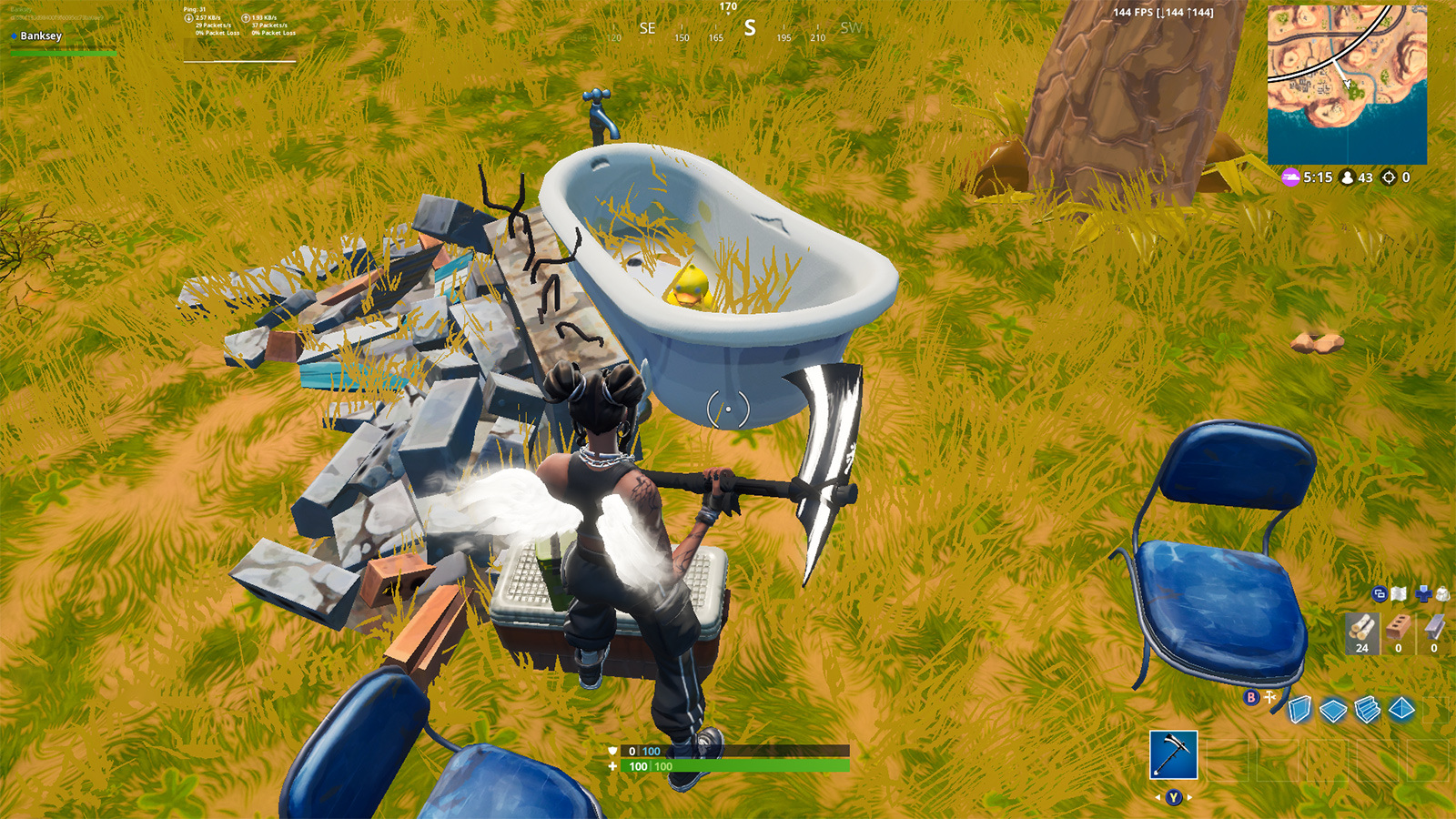 Fortnite’s rubber duck can be tough to get.
[ad name=”article2″]

Why are they fixing it?

Finding the duck itself hasn’t been much of an issue but it’s the competition with all the other players that has been problematic so far, as everyone has their eyes on the prize.

With half of the lobby consistently going to the same spot, chances are that someone will be getting to the duck before you and forcing you to wait until the next game, where everyone else is after what you’re after.

When are they fixing it?

Epic Games realized this is a big issue and decided to rework the challenge to make it easier. A simple fix would be to make the duck not disappear after it gets picked up, or just add multiple ducks.

They didn’t go into much detail about what the fix will be but said a fix will be in the works in a couple of days.

In the meantime, you can be happy if you were lucky enough to grab the duck before the fix.

This challenge is harder to complete than we intended. We're working towards a fix in a couple days.

It’s a disappointing end to what have been a well-received set of challenges, for sure.

When Epic Games reveals what the fix will be, we’ll be the first to give you the information.