FNATIC will be giving away a pair of custom Fortnite-Themed Yeezy’s to the winner of the upcoming Salty Summer competition.

Yeezy 700’s, which typically can be found on re-selling websites for around $500 depending on size, will have a purple and black colorway that is based on the ‘Raven’ skin from Fortnite: Battle Royale.

The shoes will be given to the winner of the Salty Summer competition, which is a multi-week Fortnite tournament hosted by FNATIC that will feature some of the top players and personalities from Europe battling it out for $20,000 in total prizes across the month of August.

A sneak peek of the custom Yeezy’s can be viewed below from the FNATIC GEAR Twitter account. 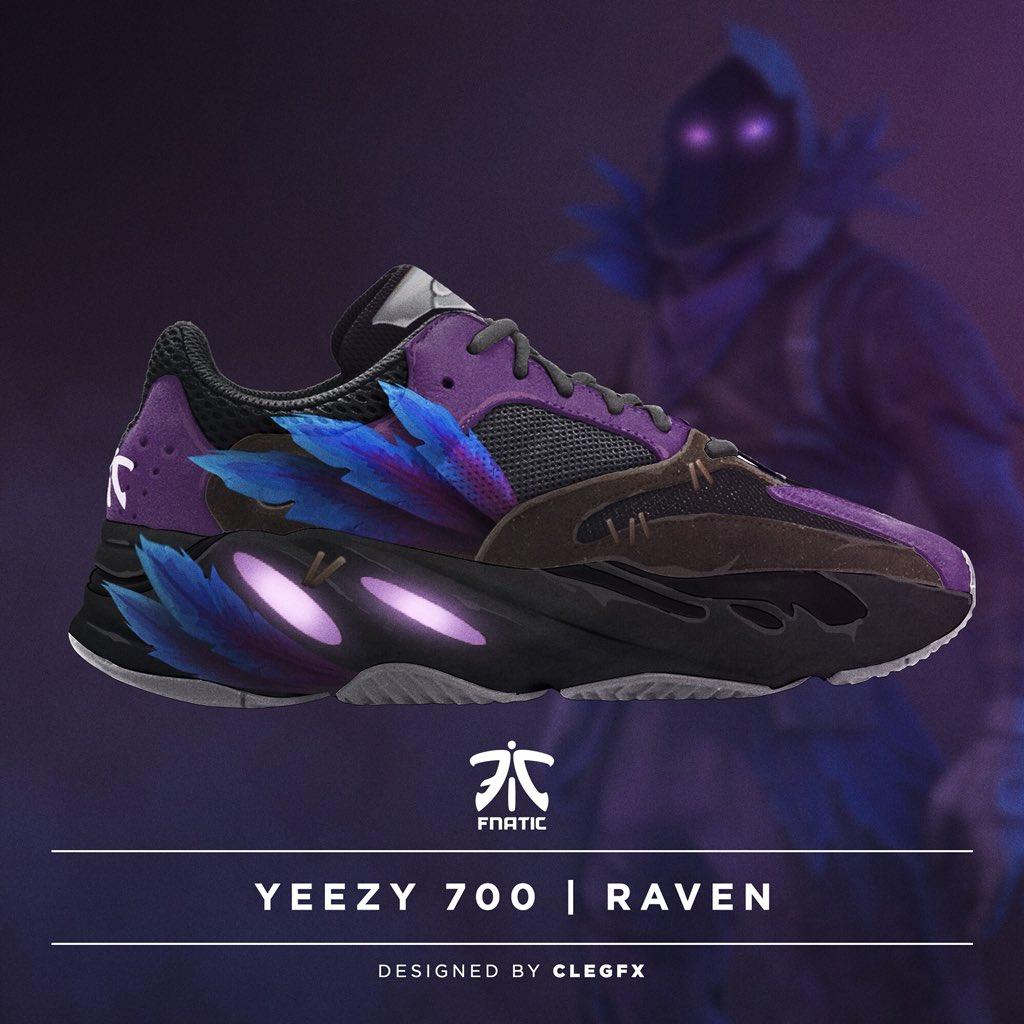 The first Salty Summer tournament is scheduled for Sunday, August 12, with more information on the schedule set to be released closer to the start date.

More information on Salty Summer including participants, rules, and much more can be found right here.