The Fortnite Battle Royale map continues to evolve with new places to find chests appearing every week – here are five places to find loot that you may not know existed.

Fights in Fortnite can often be won or lost due to your loadout – especially during early game encounters; no-one wants to battle a pump shotgun with a hunting rifle!

Chest locations at the various points of interest and around the vast Fortnite map are pretty well known by the majority of the community, but even gamers who have played since its inception may not be aware of some places were loot commonly spawns. 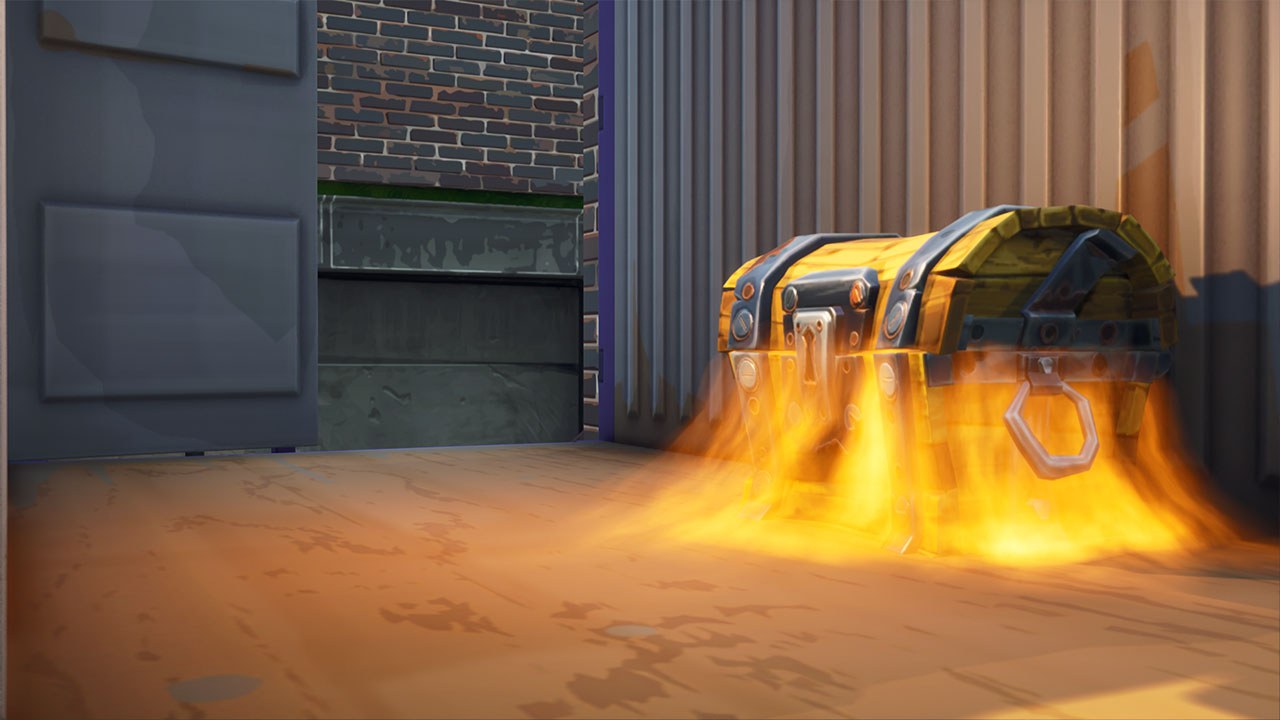 Chests are the best way to upgrade your loadout, but floor loot can also give you epic and legendary items.
[ad name=”article2″]

Where are the secret loot spots in Fortnite?

Picking up an extra weapon, ammo or healing item could be the difference between you securing an elimination or returning to the lobby – use these five secret loot spots to boost your chances of landing a victory royale.

Present since Season 3, Lucky Landing is one of the most underrated drop spots for players who prefer to land passive, with 14 chest locations and two vending machines as well as hoverboard and quadcrasher spawns.

Players may be unaware that one of the roof tiles in the building is a loot spawn so after opening the bottom floor chest, break the roof and build a ramp to see what lies above.

Located just outside of Lucky Landing, the shrine is also a fantastic place to loot with three potential chest spawns and plenty of ammo boxes – check it out before heading into Fatal Fields.

The three chest locations are all on top of each other and the shrine is pretty easy to navigate.

However, there are two floor loot locations that you wouldn’t think of checking – head to the north side of the shrine and break the two outside walls to see what you can find.

Pleasant Park and Retail Row are two of the original point of interests on the Fortnite map, surviving the various map changes over the seasons.

While both have had changes to their layout, they remain two of the most popular landing spots in the community as the same buildings can be found at both locations making looting much easier.

A common drop for players is the house with a kennel, named dog house by most. After looting the chest in the side roof – not many players realize there is a floor loot spawn on the opposite side above the garage; use your pickaxe to see what lies in wait.

This spot isn’t located at one of the main POI’s but could come in handy if you’re in desperate need of some weaponry or healing items.

A small shack can be found just outside of Salty Springs next to the house near the road to Dusty Divot and has one of the most well-hidden floor loot spots on Fortnite.

After breaking into the shack, remove the floor and spam the interact button on the grass underneath and if you’re lucky you will find an item that could save you from elimination – we were able to find a clutch slurp juice!

Fatal Fields is one of the few locations that has been present on the map since Season 1 and is still a fantastic looting spot with 20 chests spawns and two vending machine locations.

Players should know about the chest spawn next to the main house which can be found by breaking the large metal silo.

However, unknown to many, the second silo is also a floor loot spawn and is always worth hitting as well to add to your loadout.

So, there you have it, five looting spots on Fortnite that you didn’t know about – bear in mind as these are floor loot spawns, you aren’t guaranteed to find an item there, but anything is possible.

Be sure to share these locations with your friends, or be greedy and keep them to yourself to guarantee you have the best loot possible!