The final set of celebrity-streamer duos have been announced for the Fortnite: Battle Royale Pro-Am tournament at E3 with a prize pool of $3 million.

Set to take place on June 12th, the Fortnite: Battle Royale Pro-Am tournament will pair 50 notable streamers and content creators from the community with 50 celebrities at the 2018 Electronic Entertainment Expo – better known as E3.

It will be the first Fortnite tournament sanctioned by Epic Games since the release of the title in 2017 and will include a $3 million prize pool which will go to various charities chosen by the eventual winners.

The fifth and final set of duos was announced by Epic Games on Friday, June 8th, and includes a number of streamers and celebrities from different backgrounds.

Rappers Lil Yachty and Vince Staples will be paired with TNBRFrags and Typical Gamer, while other big-names include Chandler Riggs, John Heder, and many more.

The full list of celebrity-streamer duos can be viewed below, along with all the previous sets announced by Epic Games 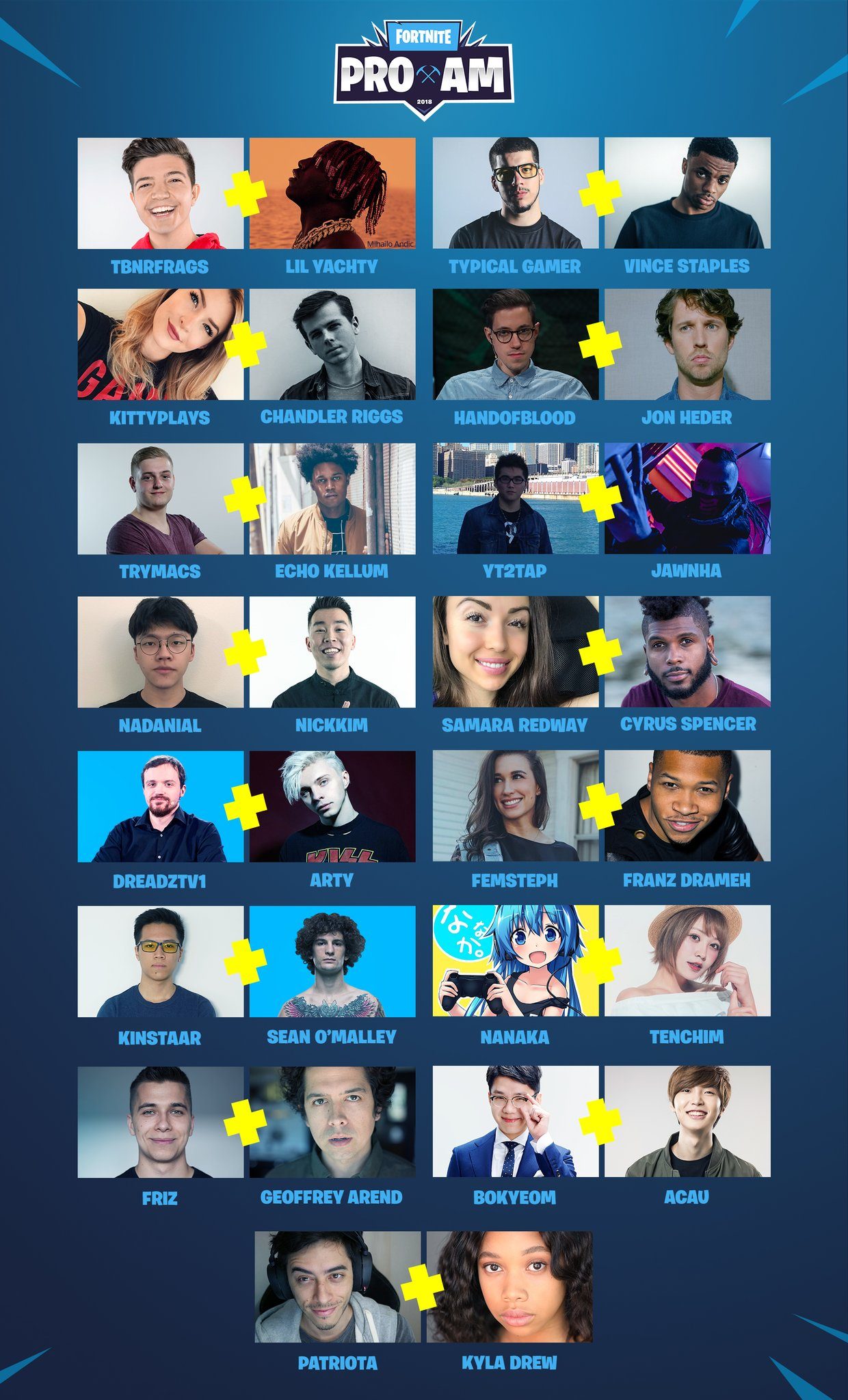 You can view all of the teams that have been announced thus far by clicking the links below:

More information on the Fortnite Pro-Am tournament at E3 can be found on the official event page.