FaZe Clan’s Thiefs and duo partner Webs have beaten the world record for most eliminations in a Duo vs Squad match, overtaking the previous record by three kills.

The record was held by streamers Tyler ‘Ninja‘ Blevins and Ali ‘SypherPK‘ Hassan for some time, before their 46 eliminations was outdone by ImClutchPlayz and iMrSharpShooter, with 47, on January 26, 2019.

Unfortunately for ImClutchPlayz and iMrSharpShooter, their record has not stood for long, as it has been roundly beaten by the duo of Thiefs and Webs, who racked up an insane 50 eliminations in a single match. 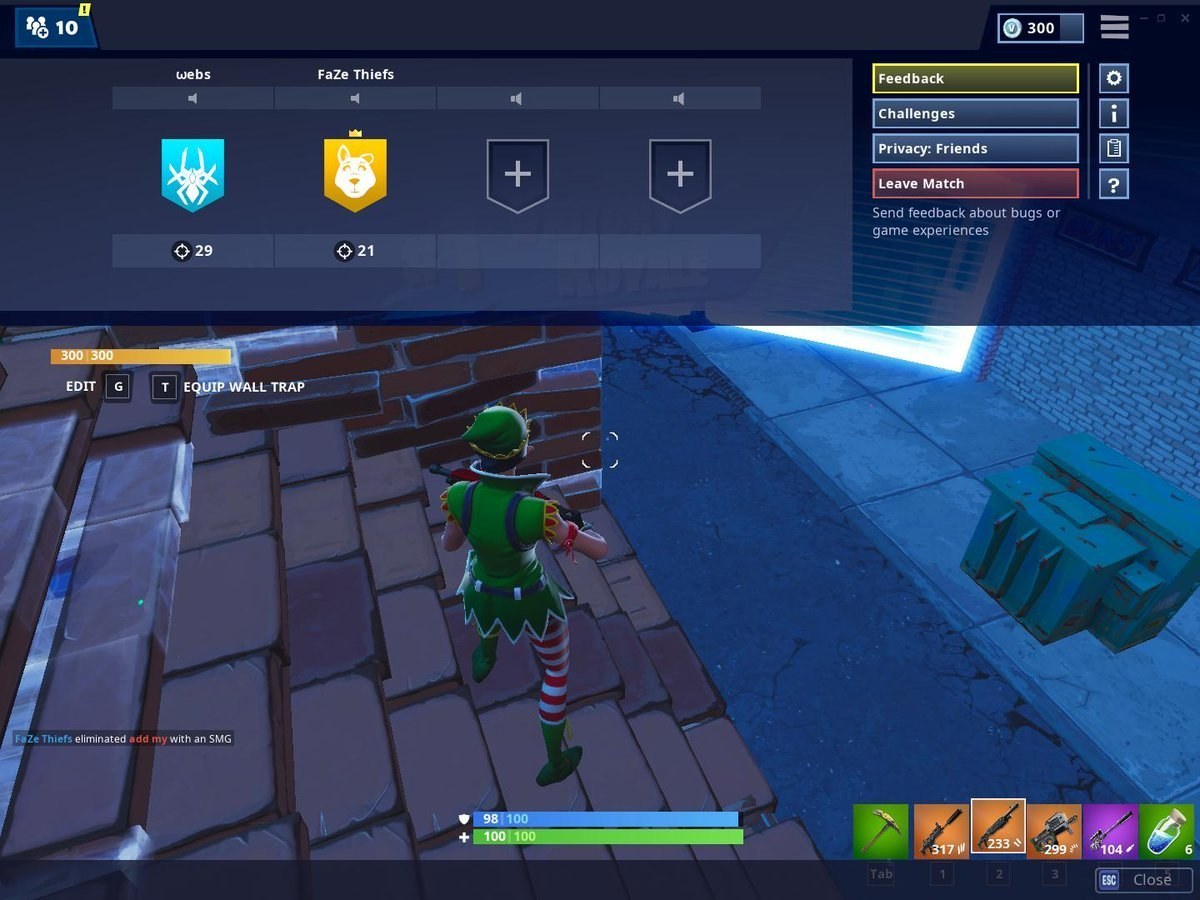 Thiefs and Webs dropped the 50 bomb for the world record.

Thiefs managed 21 kills, while Webs led the way with 29 – and they very nearly missed out on the 50 mark after the final opponent almost elected to simply die to storm damage.

Fortunately, Thiefs was there in the nick of time to put the final shots into the enemy, although this actually prevented Webs from hitting 30 as a solo player.

The pair searched for the final enemy for almost five minutes, before finally locating them in Tilted Towers, and securing the mammoth record.

It’s only the fourth world record in Fortnite which has over 50 kills, the others being Trio vs Squad (PC) with 53, Squads (PC) with 59 and Squads (Console) with a whopping 61.

You can see the full list of Fortnite world records here, updated regularly. Webs happens to also hold the console record for a solo match, with 30 kills.

Duo vs Squads is the record most commonly beaten however, so how long Thiefs and Webs can hold on to the top spot remains to be seen.