Epic Games have been criticized by the Fortnite Battle Royale community, after they suggested that players slow down their editing as a workaround for inaccuracies when performing edits rapidly.

As Fortnite closes in on two years since its release, the game continues to experience a number of meta-changes, particularly among its professional community, as the most talented players in the world strive to improve.

One aspect of the game that has grown into an integral part of competitive gameplay is the ability to edit builds, allowing quick repositions and angles that allow for offensive play. As pro players take this ability to a rapid level, Epic Games look like they are struggling to keep up. 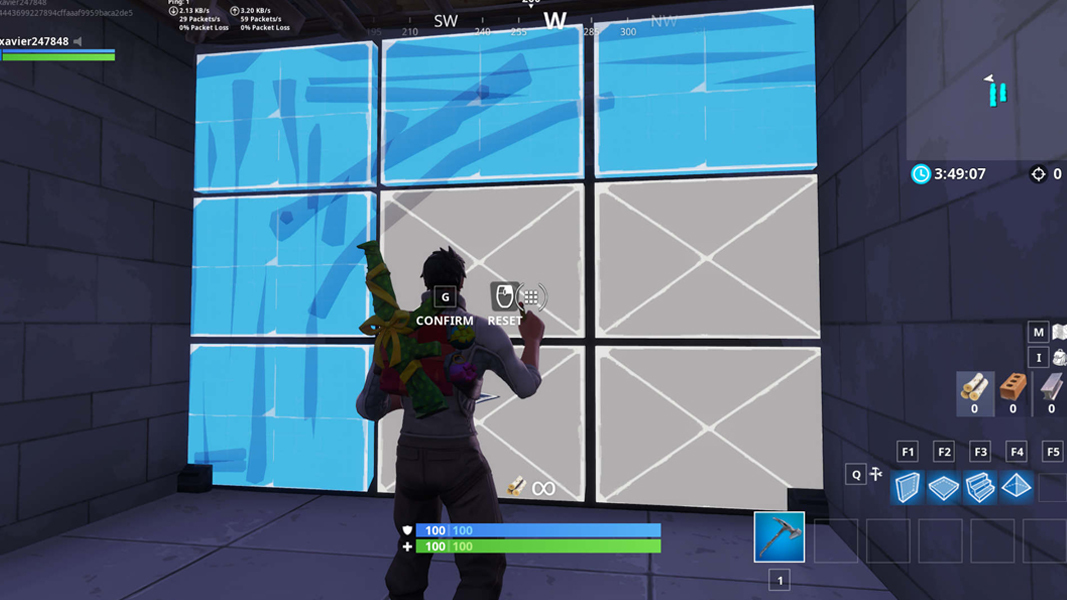 Editing slower may allow more precision when in an engagement.
[ad name=”article2″]

An Epic Games response on their public Trello board – used to track issues in the game, which are then color coded depending on their status – suggested that players “edit structures slowly” in order to combat inaccuracies when editing rapidly.

The response was to a bug that means “Editing a structure rapidly may create a different shape than intended”.

However, this response has – understandably – caused quite a stir in the Fortnite community, as the speed at which edits are performed is key to high-skilled engagements and can quite often determine which player successfully eliminates their opponent. 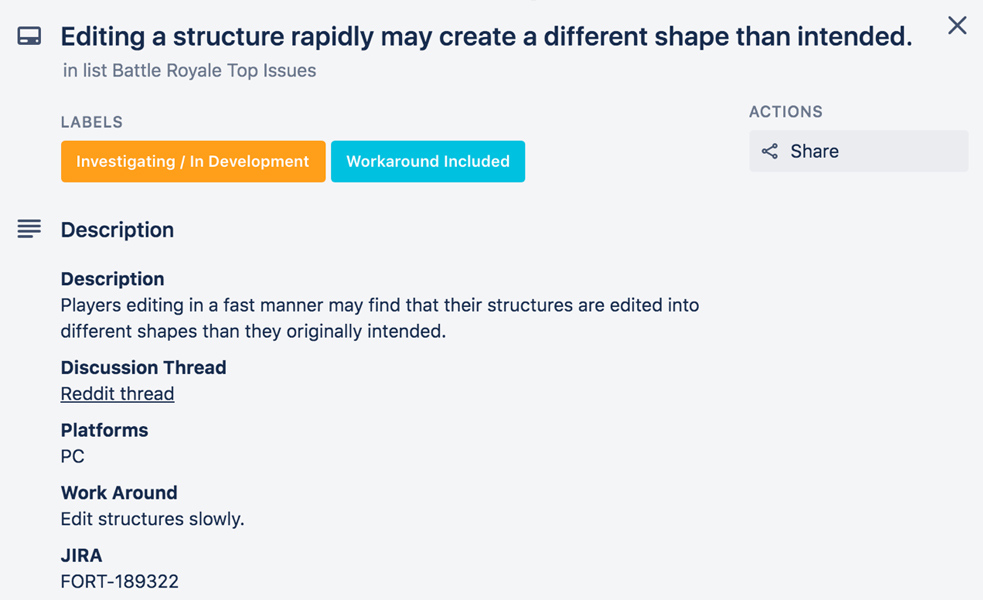 This view was echoed by a number of other players in response to the post, with one saying that the response translates to “stop being good”.

With just a week to go until the Fortnite World Cup gets underway in New York City, many are hoping for improvements to editing mechanics, to ensure the quickest player is rewarded for their talents.

You can follow all the news prior to, and during, the Fortnite World Cup right here on Dexerto.