Fortnite Battle Royale’s in-game newsfeed has been updated to confirm that the Shockwave Grenade will be releasing soon.

This is the first time we’ve had official confirmation that the item is releasing, although the item was found in V5.30 update files by dataminers.

The description of the new Shockwave Grenade reads;

“Send yourself, allies, or enemies flying like a human cannonball! Grants immunity to fall damage.”

This indicates that the Shockwave Grenade will work in a similar fashion to the Impulse Grenade, however due to it’s Epic rarity, we can assume it will probably be stronger than the impulse, likely sending opponents flying further. 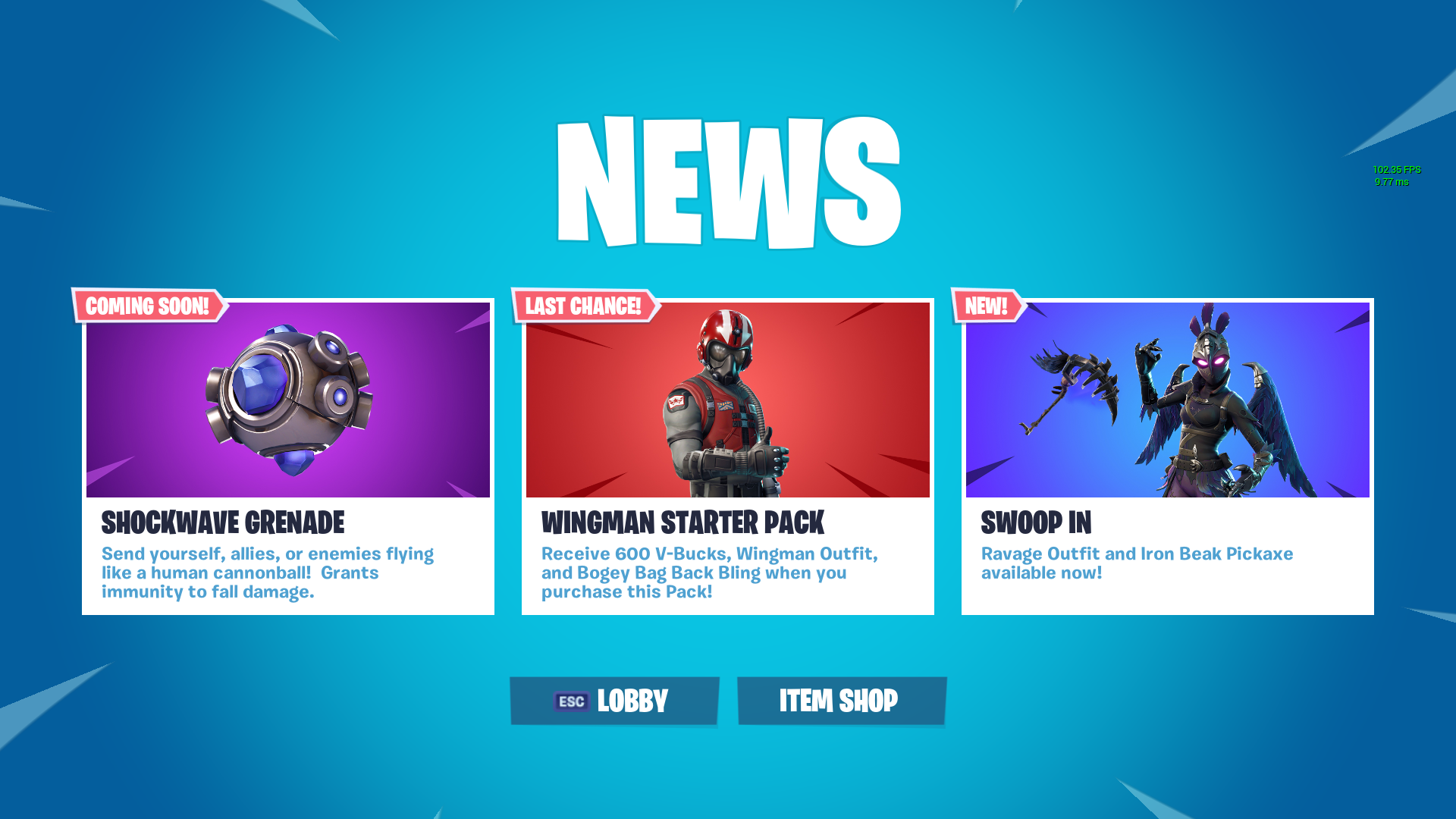 The Shockwave Grenade will also deal no damage to the user, which could see it be used to leap players into offensive positions, especially during build battles.

News of the Shockwave Grenade first broke on Thursday, August 23, when dataminers found the files for the new weapon, along with the audio files for it.

Dataminers leaked lots of new information during the release of the V5.30 update, including new skins, emotes and a rumoured new silenced assault rifle.

There is not official date for the release of the Shockwave Grenade, but it’s likely to be included in the next major update.