Epic Games have released the third set of celebrity-streamer duos that will compete during the Fortnite: Battle Royale Pro-AM competition at E3 in June.

With $100 million in prize money set to be available between 2018 and 2019 for competitive Fortnite following a massive announcement by Epic Games in May, all eyes are on the developer to see what they have in store for the esports community.

Prior to the competitive season, Epic Games announced a Pro-AM Fortnite: Battle Royale charity tournament, which will feature some of the largest names in streaming and gaming entertainment paired with various celebrities.

A full list of the duos can be viewed below. 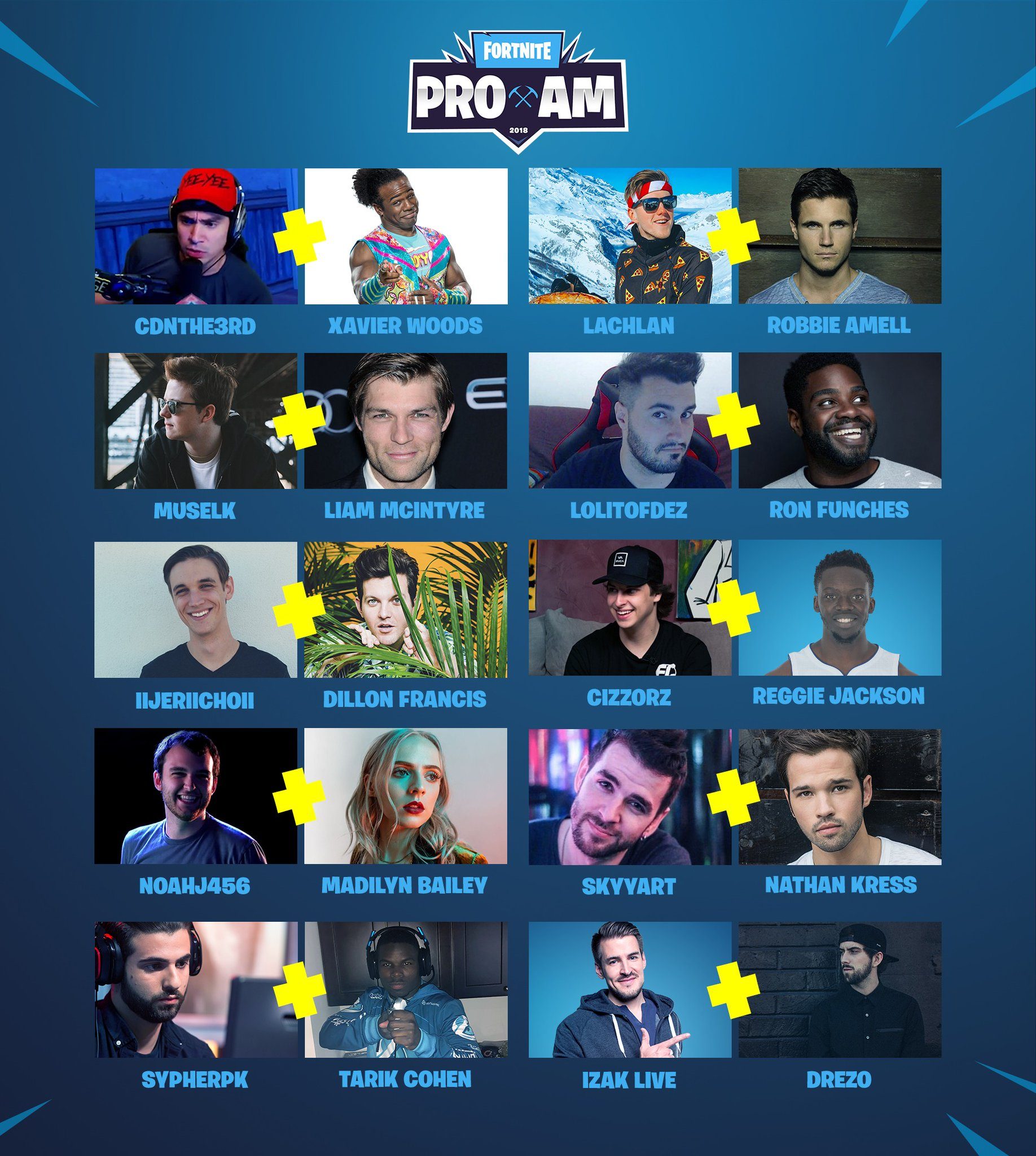 More information on the 2018 Fortnite Pro-AM tournament including other duos, scheduling, and much more can be found right here.