iDropz_Bodies won Day One of the two part Summer Skirmish but the Day Two July 21 edition will feature an entirely new set of players.

Here are the competitors for the Day Two, July 21 half of the Week Two tournament: 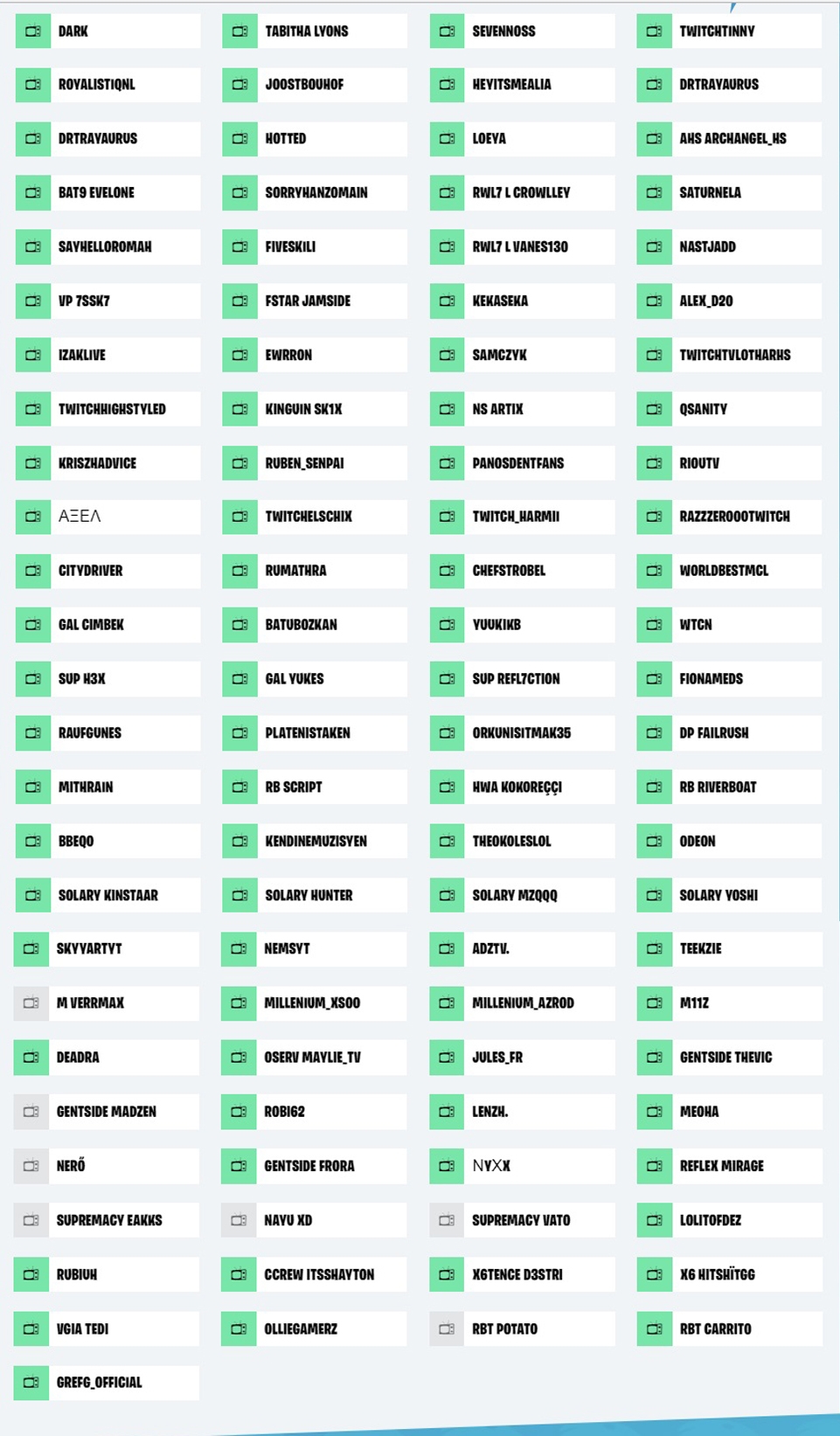 In order to avoid Week One’s lag issues, this week’s event will be played on public servers rather than private matches.

Players will queue into 10 solo matches, and the scoring will be based on Victory Royales and Eliminations in each match.

The player with the highest score after 10 Solo matches will be named the winner. Victory Royales and Eliminations in this competition will be scored to determine placement at the end of the event. The top 20 players at the end of the Week 2 Summer Skirmish will be awarded. Scoring is as follows:

The link to the live-standings can be found below, and are updated periodically by tournament admins.