The leak in question appears to have been a teaser for a YouTube video from TwoEpicBuddies where they used some sort of bug or editing engine to re-texture the Battle Royale map with the “Save The World” desert textures.

This is not an official leak through data mining.

The popular Fortnite Battle Royale leaking account @TwoEpicBuddies has released a 3D image of some major changes that are supposedly coming to the map soon.

With Season 5 of Fortnite Battle Royale due to begin on July 12th, the hints and leaks relating to what will change in the game are rolling in faster than ever.

The popular data mining account known as @TwoEpicBuddies released an image of some major changes that will apparently be coming very soon.

Unfortunately it has now transpired that this is simply a speculation post about a future desert theme – something that would fit in with previous discoveries like the real life Durr Burger sign in a Californian desert.

The image can be found below but this has now been confirmed as nothing more than a graphical re-texture of the map and not an official leak. 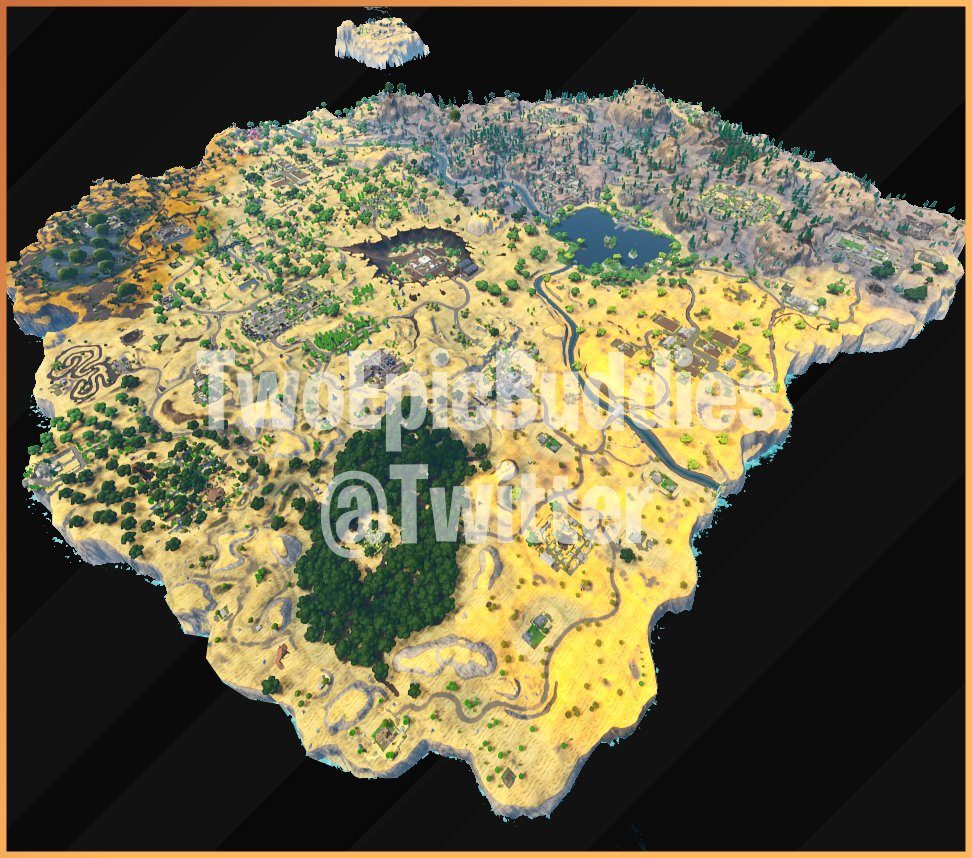 It seems likely that any major structural changes or new places of interest will not be in the game files yet, so we might have to wait until the next major update before any of those are found.

For now, expect to see numerous leaks, both legitimate and fake, to be released in the coming days.