Popular streamers Jack ‘CouRage’ Dunlop, Tyler ‘Ninja’ Blevins and Benjamin ‘Dr Lupo’ Lupo have been trying out all of the new content in Fortnite Season 8, but none more so than a new feature they’re using to escape the storm in style.

Epic Games revealed some astonishing changes to the Battle Royale map with the launch of the new season on February 28, including the destruction of Wailing Woods, the arrival of a huge volcano and a pirate themed area in the northeast corner of the map.

However, it’s a new emote that seems to have caught the group’s attention more than anything and they just can’t get enough of it. 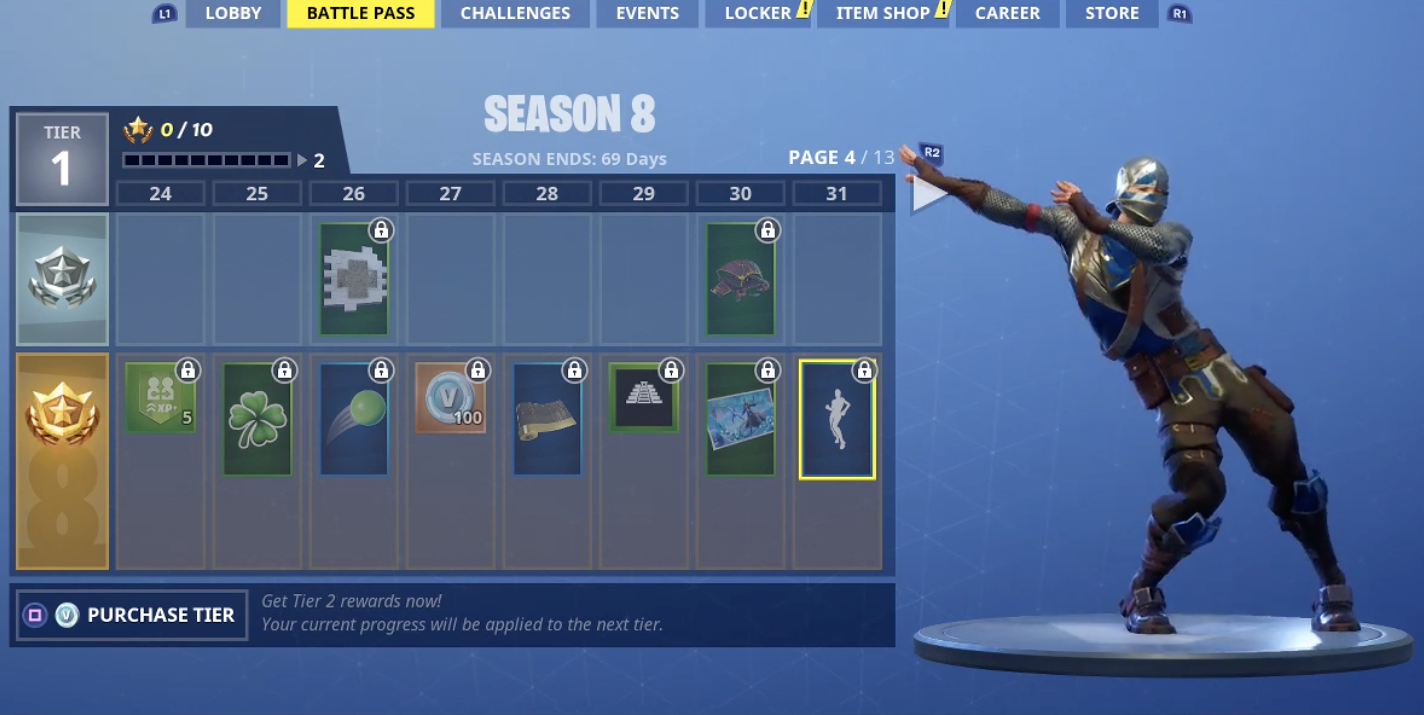 The Conga emote was added to Battle Royale with Fortnite Season 8.

Epic has given Fortnite players the chance to create conga lines in Season 8, which is one of the only animations that allows your character to dance and move forward at the same time.

Instead of lining up to dance as a celebration technique after picking up eliminations, though, CouRage and co. have been using it to come in from the storm in hilarious fashion.

“Do the conga the entire time,” CouRage told his laughing teammates, before Ninja had them line up in a more traditional style. Of course, they obliged before making it to the circle on time.

So, is this a tactic that we’re going to see more often from streamers and other Fortnite players? We’ll have to wait and see.