Although he has mainly been a competitor on Fortnite in recent months, CouRage went back to his roots of being a professional esports commentator for the Summer Skirmish Event at PAX West.

Following an insane round at Summer Skirmish where players found themselves stuck in the anti-gravity field, CouRage and DrLupo were at a loss for words regarding the matter.

The mayhem caused CouRage to throw his notecards that he had, which accidentally hit a spectator in the head.

LMFAOOO JACK THAT POOR GIRL GOT HIT BY YOUR CARD OMG. @CouRageJD pic.twitter.com/eKZQ4nam1c

Lucky for CouRage, everything seemed to work itself out as he met the spectator later on, and she even was able to manage to score 10 exclusive PAX West sprays. 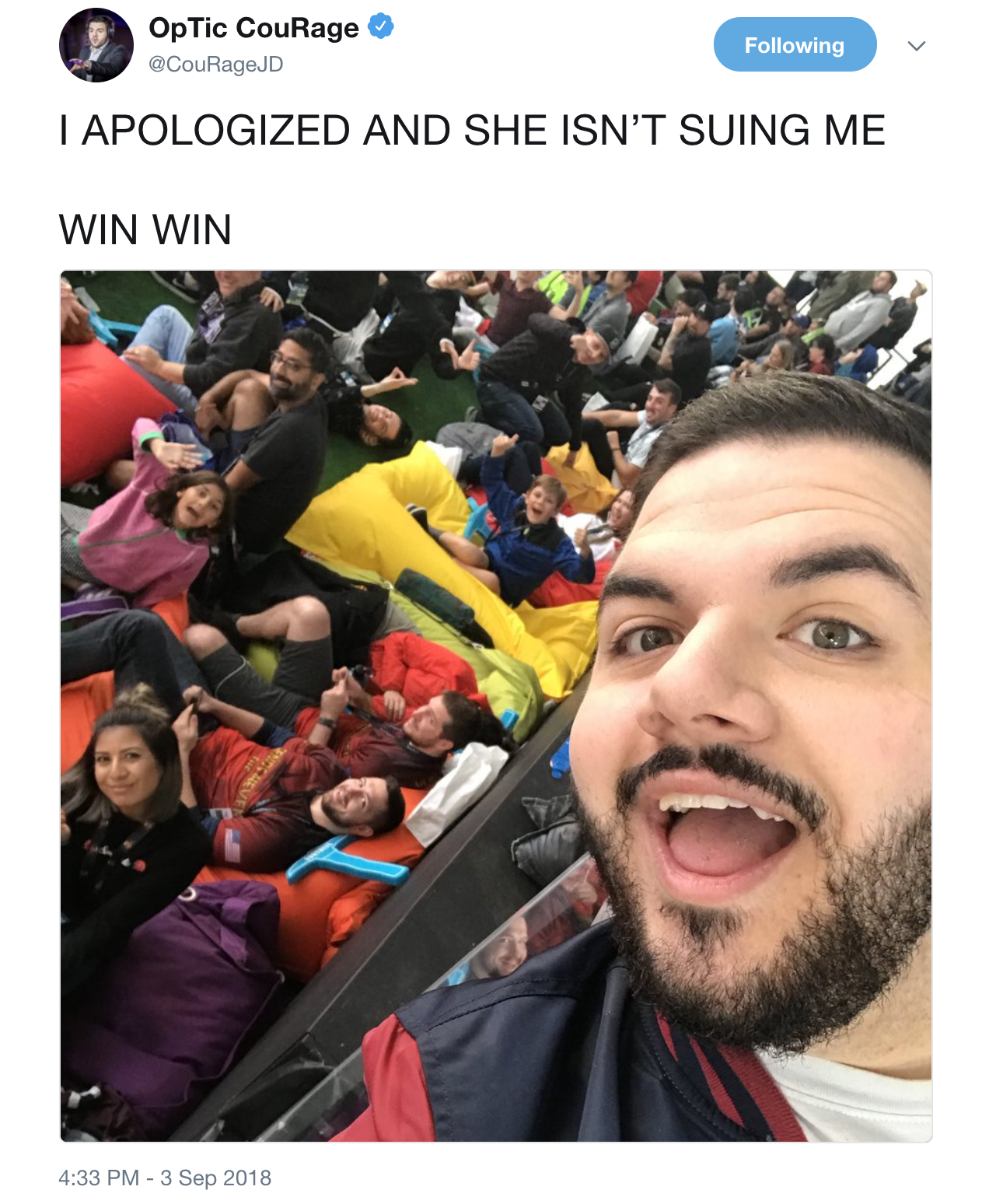 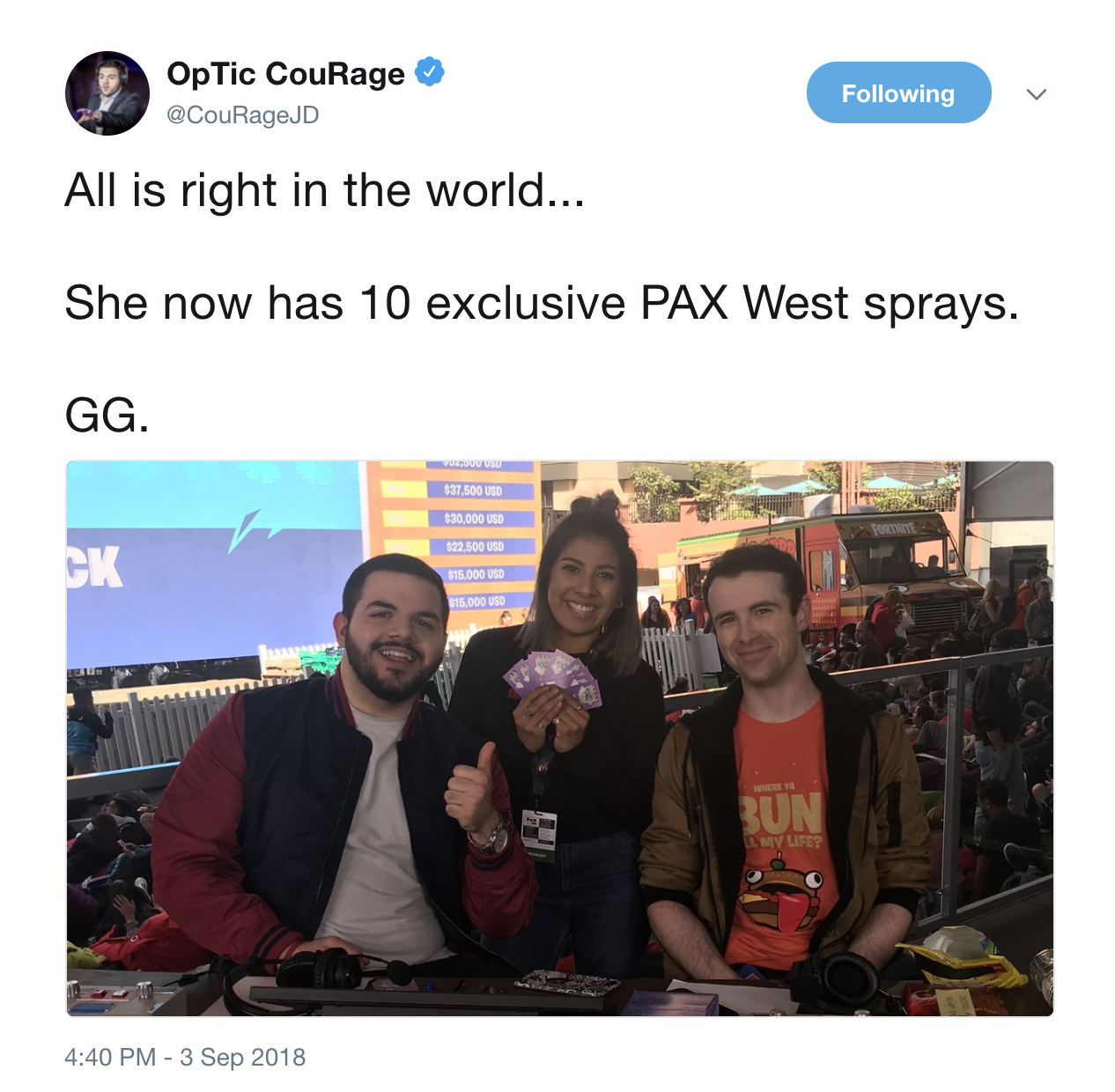