A clever Fortnite fan has come up with an amazing idea to turn Mothmando’s pickaxe into a reactive in-game item.

Fortnite fans were ecstatic when Epic Games released the new Mothmando skin, a new Fortnite character that wears a helmet shaped like the head of a moth, with incredible bright yellow eyes and what appear to be antennae coming out of it’s head.

Released alongside the Mothmando skin was the Flutterbug Glider, designed to look like the wings of the insect the skin is based on, and the Lamp pickaxe, a reference to the fact that moths are attracted to light. 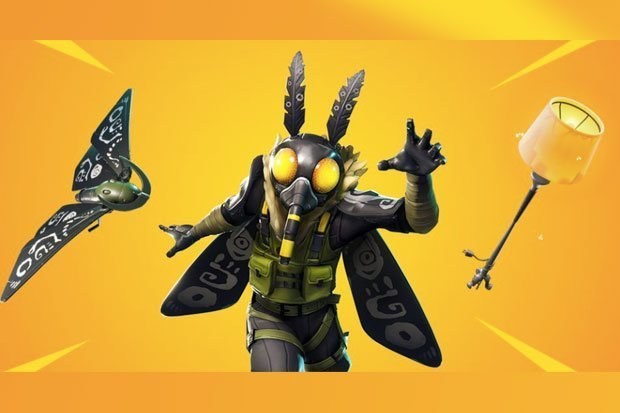 While fans love the Lamp pickaxe, they feel that Epic Games could make one simple change to improve the item even further.

Harry34186 on Reddit suggests that when players start a game on Fortnite Battle Royale, their Lamp pickaxe be turned off, with no light emanating from the item. However, with each kill, the lightbulb inside the lamp should begin to glow to signify you are on a kill streak.

The lamp would reach its brightest point when the the player has found 10 kills, shining brightly for all to see, although this may become a nuisance as players may be able to spot the light in the dark.

The Mothmando skin was released on Thursday, November 29, although fans got their first look at it, alongside the unreleased Longshot and Insight skins, after dataminers leaked it from the V6.31 update files on Tuesday, November 27.

Unfortunately, this idea is just a concept dreamed up by a creative Fortnite player, so fans of the game will have to wait and see if Epic Games decides to implement it into the game.