A creative fan has designed two incredible concept skins that imagine the Fortnite island is full of buried treasure.

Fortnite fans have become well known for their artistic talents and incredibly creativity, and Reddit user fantasyfull is the latest to show of their skills with this incredible design.

The female version of the skin has a large gold chain around her neck, with small bags of gold coins clipped to her jeans, which have been ripped at the knees during her adventures. Strapped to her back is her greatest prize, a solid gold llama which she found somewhere on the map.

While the female version of the skin has secured her treasure, the male is still searching for his, but is tooled up as he hunts for those elusive but precious items. Strapped to his leg is a knife, while a grappling hook dangles from his belt allowing him to get to hard to reach places.

Ready to be slung over his shoulder is a backpack, with what appears to be an ice axe sticking out of the top, while the harvesting tool for this set is a skull perched on top of a long stick, which they likely found while seeking riches. 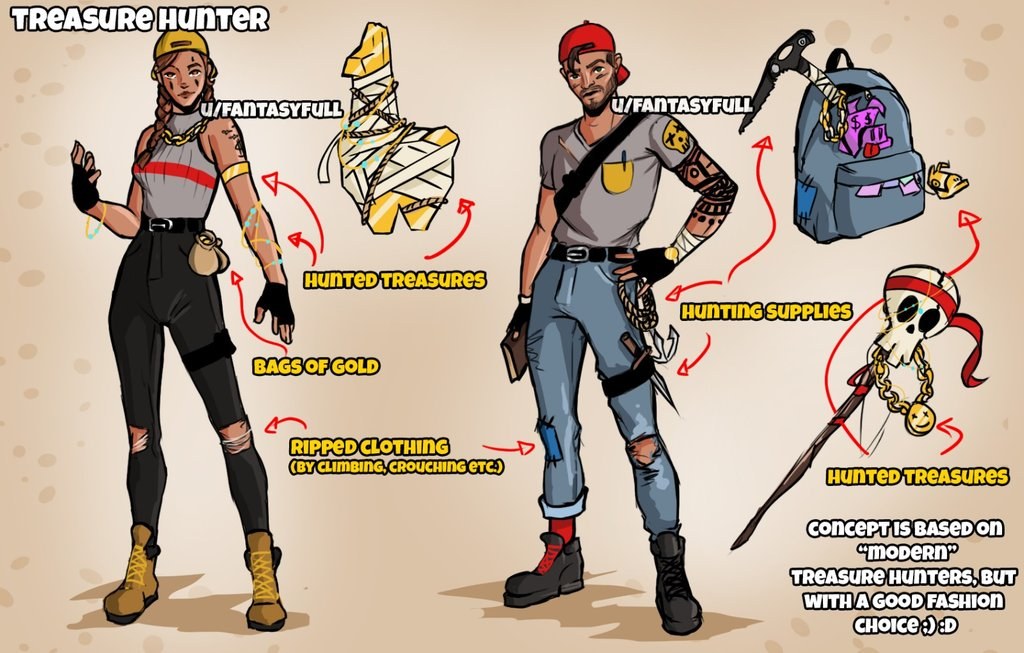 Unfortunately for those who like these designs, they are currently just concepts and there are no official plans from Epic Games to add them into the popular battle royale title.

However, that doesn’t mean we will never see them, as the developers have taken fan created designs in the past and added them to the game, such as the Tender Defender skin.